Stand, Don’t Walk – Asia Has It Right (Allegedly) and Japan is Doing Something About It!

The rules of the escalator have changed. Automologist MAC schools us on the new rules.

Nope, you got that one wrong. Image source: cheddar.com

According to new research, it is actually more efficient and safer to stand on escalators and not walk! Having been raised using the London underground, it is deeply ingrained in me to stand on the left of an escalator and walk on the right. Heck, some of us even have escalator climbing as a part of our daily fitness regime. Loads of cities I have visited practise a similar etiquette. However, this is not the practice in most Southeast Asian countries and I have been frustrated to heck at airports and on transportation systems by members of the public who stand, statue-like, blocking the whole escalator, taking their own sweet time when I am in a hurry. 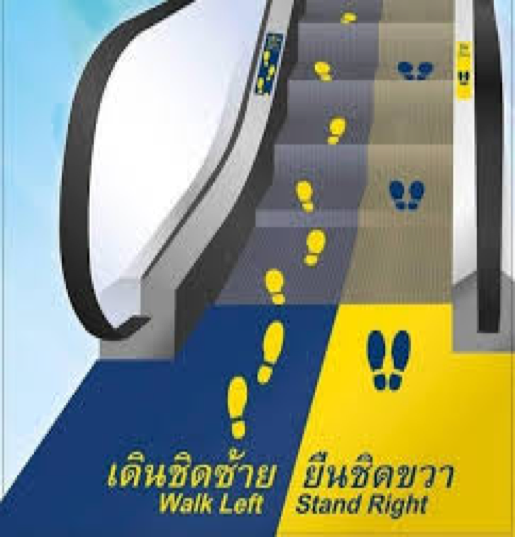 But it may be me who needs to adjust my etiquette after recent research, carried out mostly by Transport for London (TfL), which has shown that standing on both sides of the escalator can actually carry far more people and thus there is a resulting reduction in congestion, particularly at peak travel times. The figures showed that about 75% of commuters preferred to stand and thus the question should be asked as to why we are reserving half of the escalator just for the impatient ones like me. The research also showed that there was a major reduction in the number of accidents and damage to the escalators as a result of the more sedate pace of the users.

15 Ways the European Union Will Make All Cars Safer.

The Japanese transport system has come to a similar conclusion and as of July last year, 52 of the nations railway companies and some commercial installations throughout the country began a campaign to promote safety while riding escalators, which of course discouraged commuters to walk. With a rapidly aging population, the primary focus of the Japanese campaign though is on the care of the elderly. 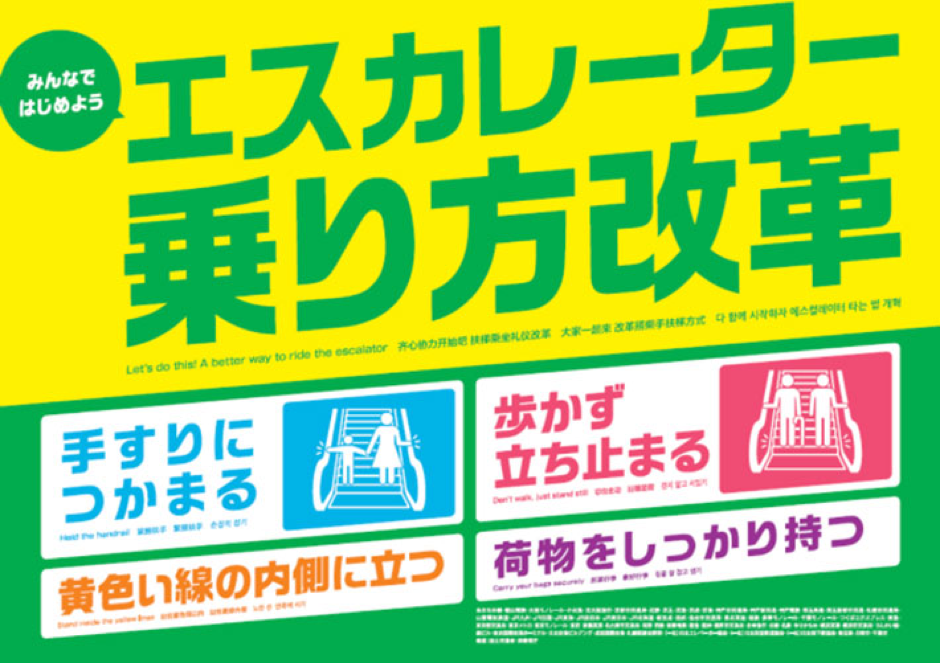 I think you get the picture.

In my defence, I would like to add that in an ideal world, it would be far more efficient for people to walk on both sides of an escalator but I fear that that one is just not going to happen, particularly in Southeast Asia. So, for now, I guess I will just have to slow down when I get to an escalator.