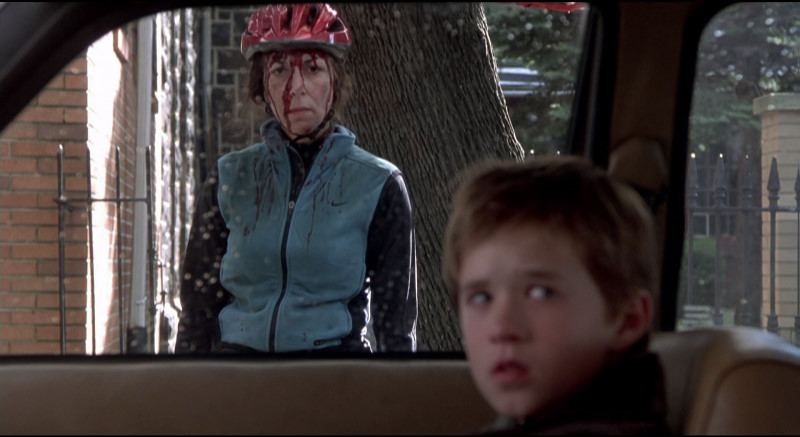 This article was originally published here.

We love spooky stories that take place on the well-travelled roads of Malaysia. Some of us believe in ghosts, jinns and spirits, the rest are sceptics. Here are five photographs taken at the site of car crashes that might convince the latter type of people otherwise. Are they real, a trick of the eye or had undergone virtual Photoshop surgery—you be the judge. 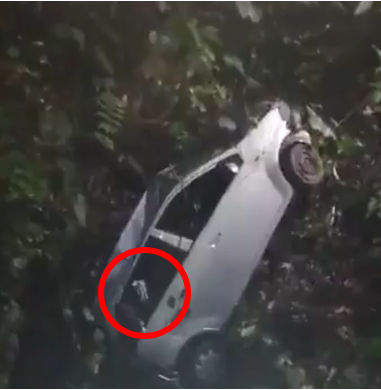 Just this past August, a 1-minute video of a Perodua Viva being dragged out of a ravine near Gombak Lama Road went viral on Facebook and Whatsapp. Many were drawn to minute 0:42 when what looked like large hand emerged through the window. It freaked many netizens out. Some commented that the “hand” was just a piece of cloth that fluttered while the car was being lifted. Hmm..really?

2. The Child at the Toll Plaza

This picture was first published in a Chinese daily. It is believed that around the year 2007/2008, an accident involving a school bus occurred at this toll plaza, killing the driver of the bus. So, what’s strange about the picture? If you look at the space that is circled, it looks like a little boy in blue standing straight. It can’t possibly be a real person because which child would be allowed to climb up onto the toll booth.

Ghosts even make the pages of our Malay daily, Utusan. The fireman who took the picture of this fatal accident last year didn’t expect that it would elicit all kinds of reaction from the public. The strange image shows what appears to be a kid smiling while the firemen were extracting the victim’s body from the wreckage. The victim was alone in the car at the time of the accident, so who is that mysterious smiling boy?

Is This Malaysia’s Most Haunted Road?

These Mysterious Vehicles will give you the Creeps.

This news was published in Kosmo. The incident took place in 2011/2012 involving a BMW at the Kuantan-Gambang Road. Fortunately, the passengers suffered only mild injuries even though it rammed into a tree (yay, BMW). But what made this case viral was the appearance of three human figures in the undergrowth at the scene of the accident. The attire looked like teenage fashion from the 70s or 80s, doesn’t it?

If it was human, it wouldn’t be floating nor flying, not unless there was a jetpack involved. This picture was taken after a lorry overturned at Mile 32 in Sandakan, Sabah, around 2014/2015. The guy behind the camera said he only noticed the “lady” after examining the photograph. Whatchoo looking at, sistah?

6 Most Powerful Production Bikes in 2019