Special Delivery, for Drivers Who Simply Can’t Bear to be Parted From Their Ride 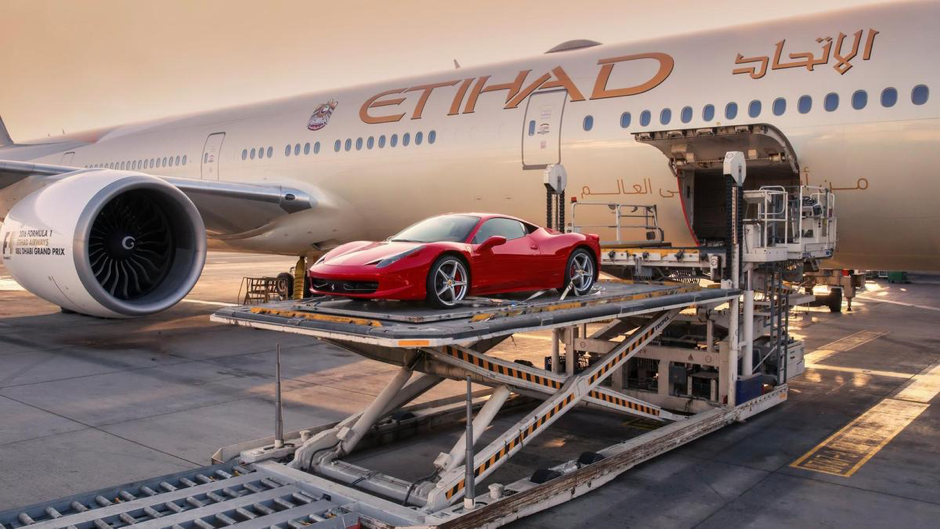 If you live in West London and happen to go down to Kensington during July or August, you will certainly notice the massed ranks of Ferraris and Lamborghinis and an assortment of other automotive exotica jostling for space on the clogged streets of the nation’s capital. The sight is so regular now that it should be listed as a seasonal tourist attraction.

Take a closer look and you will notice that many of them bear Middle Eastern number plates, so it probably will come as no surprise that Abu Dhabi’s national airline, Etihad, has now launched a new service that makes taking your favourite ride on holiday with you that much more convenient. Developed by Etihad’s cargo division, Flight Valet is a new service tailored to the conveyance of high-value motor cars to the destination of your choice.

Truth be told, Etihad was already transporting very many high-value cars before it introduced the new airborne valet system; Flight Valet is supposed to streamline the service so that owners can collect their rides immediately upon arrival. Etihad is also marketing the service to those owners who wish to drive their own vehicle around race tracks and, of course, Abu Dhabi Yas Marina Circuit is firmly on that list.

Milan’s Malpensa Airport, which is very close to the Ferrari factory, is already becoming a popular Flight Valet hub, with car dealers liking the tailored service. So, next time you go on holiday, don’t bother with the hassle of using a hire car—take your own along with you.

EV Suppliers NOT Bullish About Rise In Demand

Philippine President Duterte At It Again - Crushing Luxury Vehicles Worth US$5.5 Million