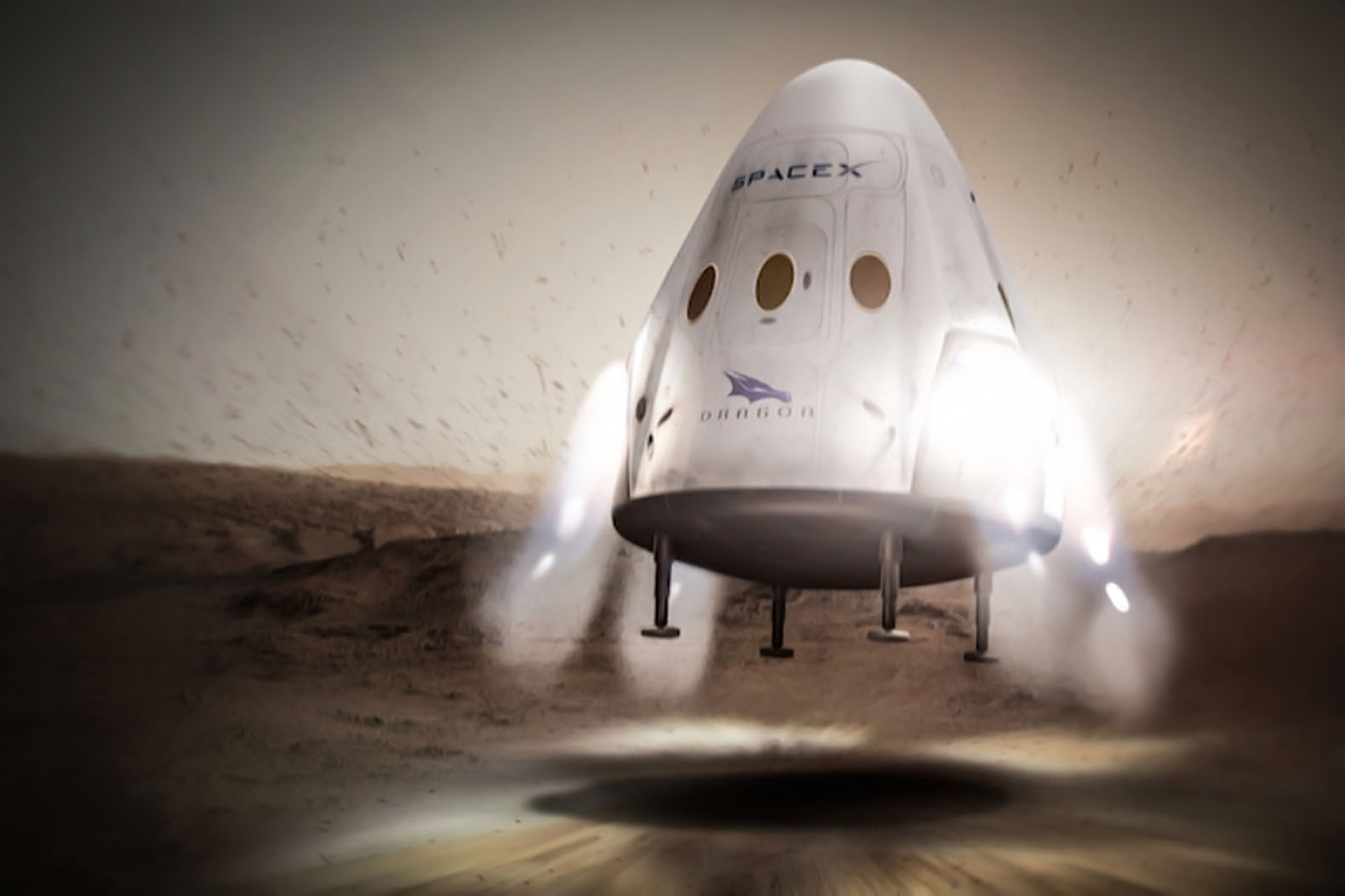 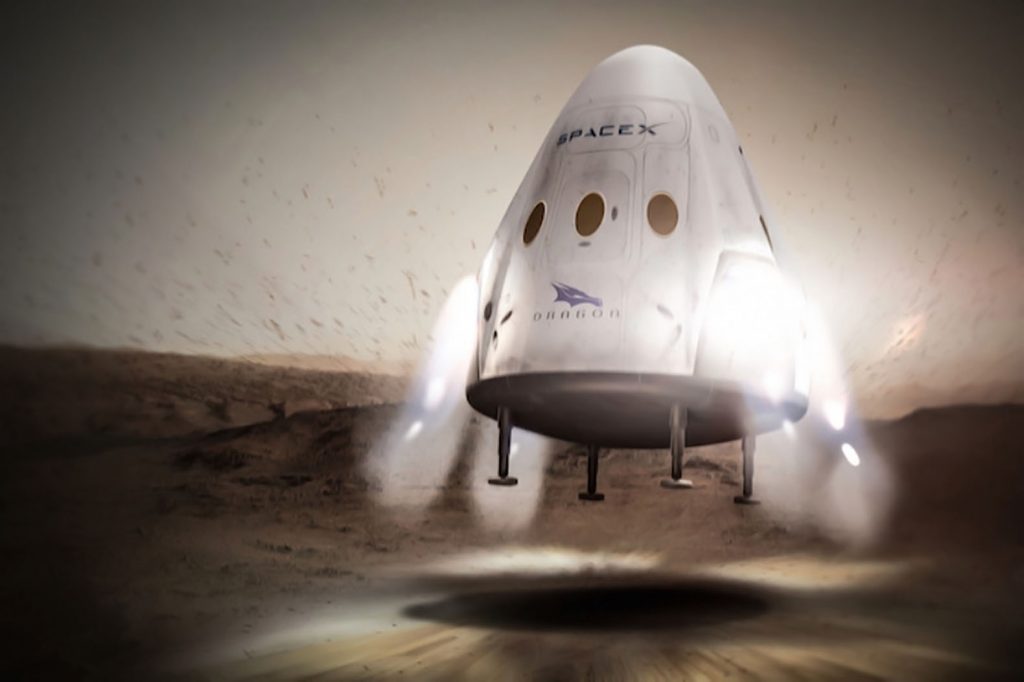 Elon Musk’s SpaceX announced last Wednesday that it plans to send an unmanned mission to the Red Planet by 2018; the spacecraft tasked with the enormous responsibility – the Red Dragon. NASA – which 50-year budget is equivalent to the country’s defense budget of ONE year – is probably glad to have some help, and SpaceX will be funding the entire cost of the mission. If successful, the Red Dragon would help NASA get one step closer to landing heavy – and we mean HEAVY – payloads on the surface of Mars, which atmosphere is a mere one-hundredth that of Earth and doesn’t provide the necessary cushion for landing.

NASA will work with SpaceX by providing technical support, and the two space-faring entities will exchange information with regards to entry, descent and landing on Mars. NASA has already made progress on a heat shield technology that uses atmospheric drag to slow down the spacecraft but also lessens the heat generated from the descent.

If you can imagine a spacecraft that has been travelling at an extreme velocity over 33.9 million miles, and then having to slow down to a safe stop without it and its cargo disintegrating into pieces, you’d understand the enormity of the challenge. The Red Dragon will be launched from Earth of the back of a larger version of the famed Falcon 9, the Falcon Heavy rocket, which is so powerful that it can blast off the surface of Earth carrying a load as heavy as a commercial aircraft with hundreds of people and all their luggage, plus fuel.

The Red Dragon has eight SuperDraco engines (it’s beginning to sound like Game of Thrones here) that will be switched on during descent toward the Martian surface, slowing down the massive bulk and landing with control; it’s a technique called propulsive landing and not unlike how the Falcon 9 returns safely back to land post-launch.

NASA, on the other hand, has been experimenting on an inflatable lander but, thus far, the parachute has failed during testing for larger spacecraft landing. The Curiosity Rover, which made headlines when it landed on Mars back in 2012, weighed 1,982 pounds – featherweight, compared to what the Red Dragon will weigh in itself (14,000 pounds) and packed with its payload (1 tonne capacity). If its 2018 plans go as planned, SpaceX will be the first private spaceflight company to go where no other private spaceflight company has gone before – another planet. NASA has already studied SpaceX’s Red Dragon concept and deemed it feasible.

Dissatisfied with being just a part of what would be an historic achievement in sending humans to another planet, SpaceX founder is purportedly planning to colonize Mars and will reveal his plans this September. Sounds like the making of a megalomanic to us, so we’ll be keeping an eye on Mr Musk, as we always do.

More in asia
Malaysia and Singapore to sign MoU on High-Speed Rail
April 16, 2016