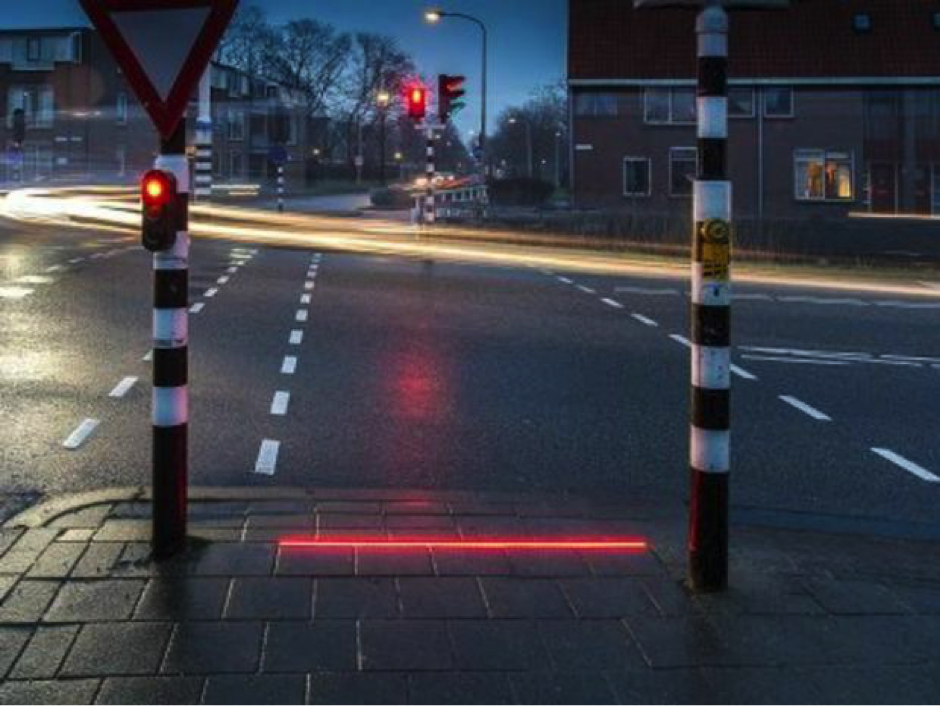 The plague of smartphone zombies is impacting street furniture in a small town in Holland, where the local authorities are trialling pavement ‘traffic’ lights to help them cross the roads safely. LED strips have been embedded in the ground at pedestrian crossings in the rural town of Bodegaven, close to three schools.

The lights are designed to glow red or green, in sync with the pedestrian crossing lights, and have been placed on the ground to catch the eye of pedestrians who are too absorbed in their smartphone to actually look where they are going, but instead are staring at the pavement.

The system is called +Lichtlijn and is made by Dutch traffic light specialist, HIG Traffic Systems. It is hoped that because the lights will be in line-of-sight of smartphone zombies who cannot resist the lure of their device, it will thus contribute to road safety.

A Council Spokesperson, Kees Oskam, believes that it would be impossible to stop people who want to interact with their portable device whilst they are in motion, and thus it is better to anticipate a problem than ignore it. Not everyone agrees though, and the Dutch Traffic Safety Association (VVN) argues that the public should never be using their phone or be otherwise distracted when dealing with traffic and, in effect, the local council is rewarding bad behaviour.

The VVN may well be right but according to reports, there are a number of European cities that are interested in the system and a similar system is due to go on trial at a level crossing in the German city of Ausburg.

To Buy or Not To Buy…A Car