Smart vs Mercedes In Crash Test 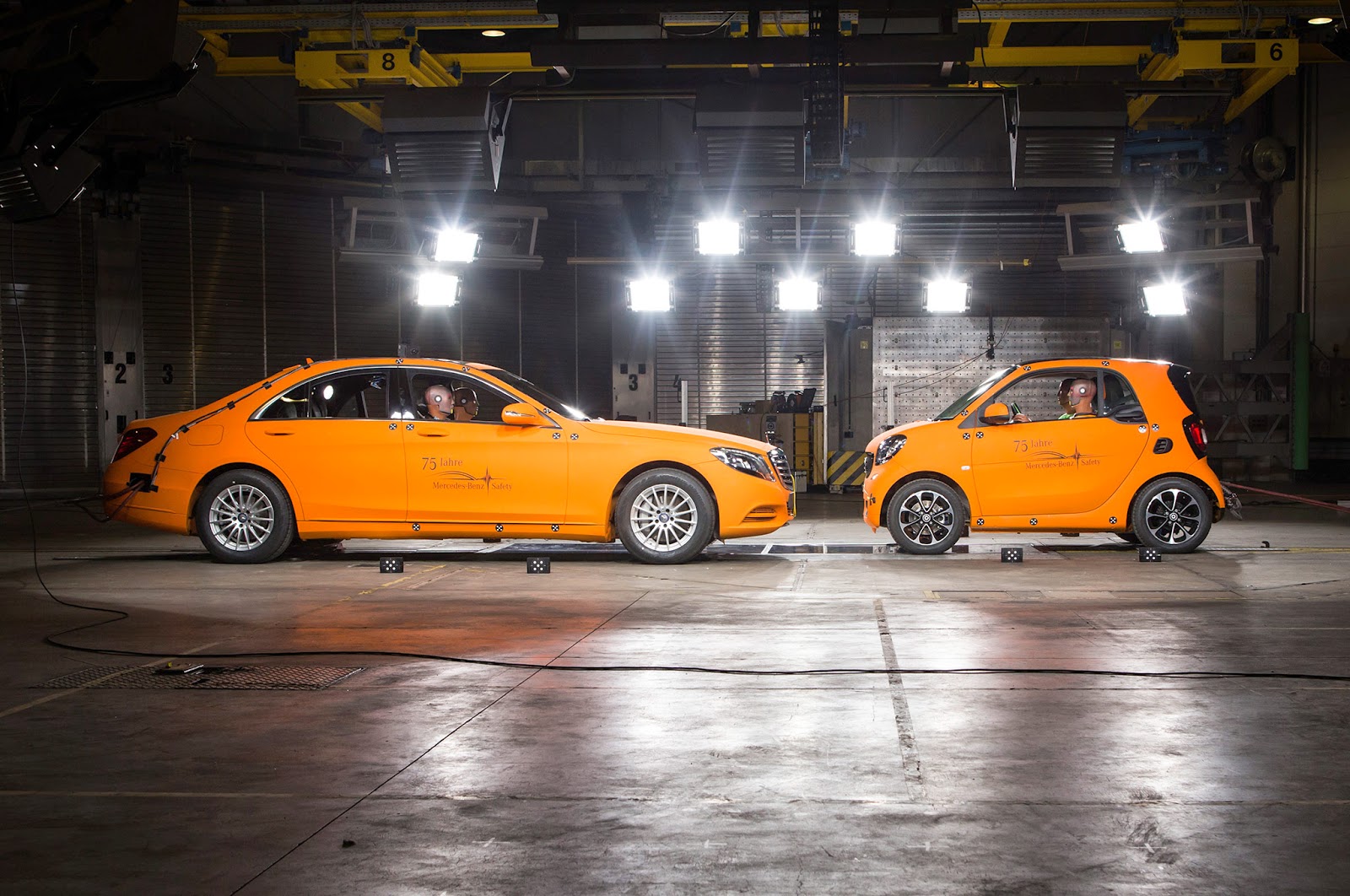 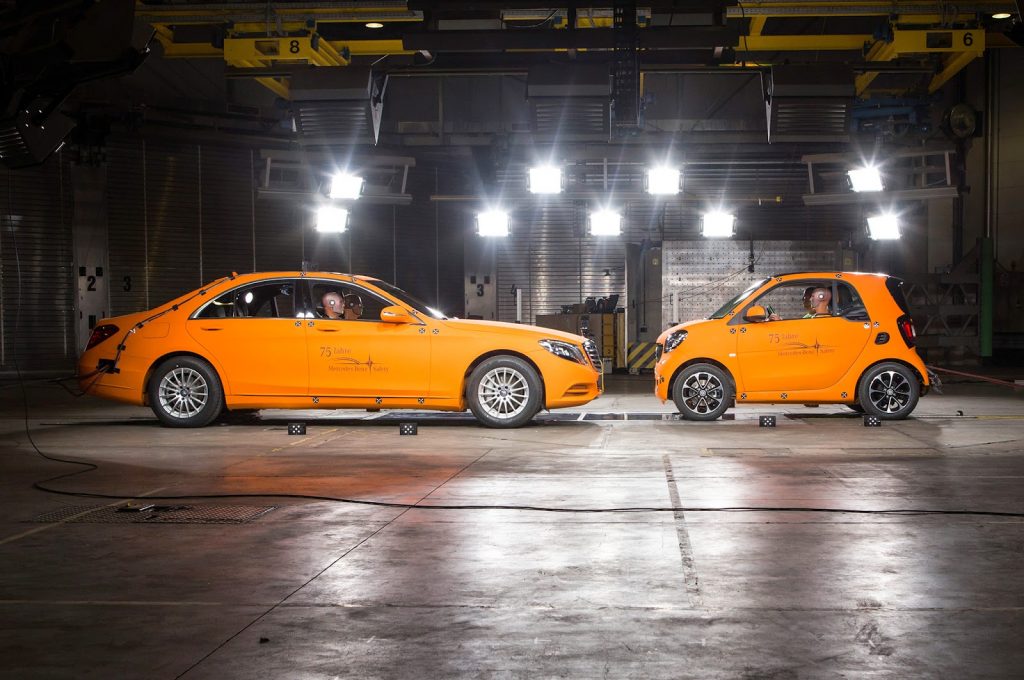 Size does matter when it comes to safety; according to our guest writer, MAC, physics says so.

For some time there have been loads of videos around of the old Smart ForTwo being annihilated by larger Mercedes cars in crash tests. So, when the announcement was heard that there was going to be an in-house crash test organised by Daimler AG to demonstrate the improved safety of their all-new Smart ForTwo, you would be excused for placing your bets on the Mercedes.

Common sense will tell any engineer like myself that when you get mass in motion, the larger the mass the greater the energy. Thus, getting a bigger car is essential if you want to navigate the school run amongst all of those Chelsea Tractors*, as when big meets small in an accident, then small always comes off a poor second.

To show the world that we all may be suffering from a misconception, Daimler wanted to demonstrate the safety of its all-new Smart ForTwo by hurling one head-on into one of its own top of the range Mercedes S-Class. Now, if I were a gambling man, I would have staked my last dollar on a win for the S-Class which weighs in at more than twice the weight of the Smart.

The test was planned to demonstrate a ‘worst-case’ scenario by smashing the two cars together at 50kph with a 50% frontal overlap, which would stress the new Smart Tridion safety cell to the maximum and demonstrate how Mercedes’ 75 years of car-building expertise has benefitted the diminutive Smart in the safety stakes.

The Smart ForTwo has a much publicised revised safety cell configuration which is being called the Tridion System. This safety cell directs energy around the cabin even in extreme accidents and thus increases the ‘survivability’ in a crash. The crash, which is shown below, does not show just how far the Smart ‘rebounded’ off the S-Class, but it did demonstrate that at the speed of the crash, the occupants of the Smart would have been okay, assuming that they had their seatbelts on, and that no one rear ended them, I presume.

*Chelsea is a suburb in West London which is famous for being up-market. In the 80’s and 90’s, there was a fashion for SUV’s in the district. These vehicles had obviously been designed for the country and never went out of the city, hence, a derogatory term ‘Chelsea Tractor’ entered the lexicon.

The Dimpled Future of Cars