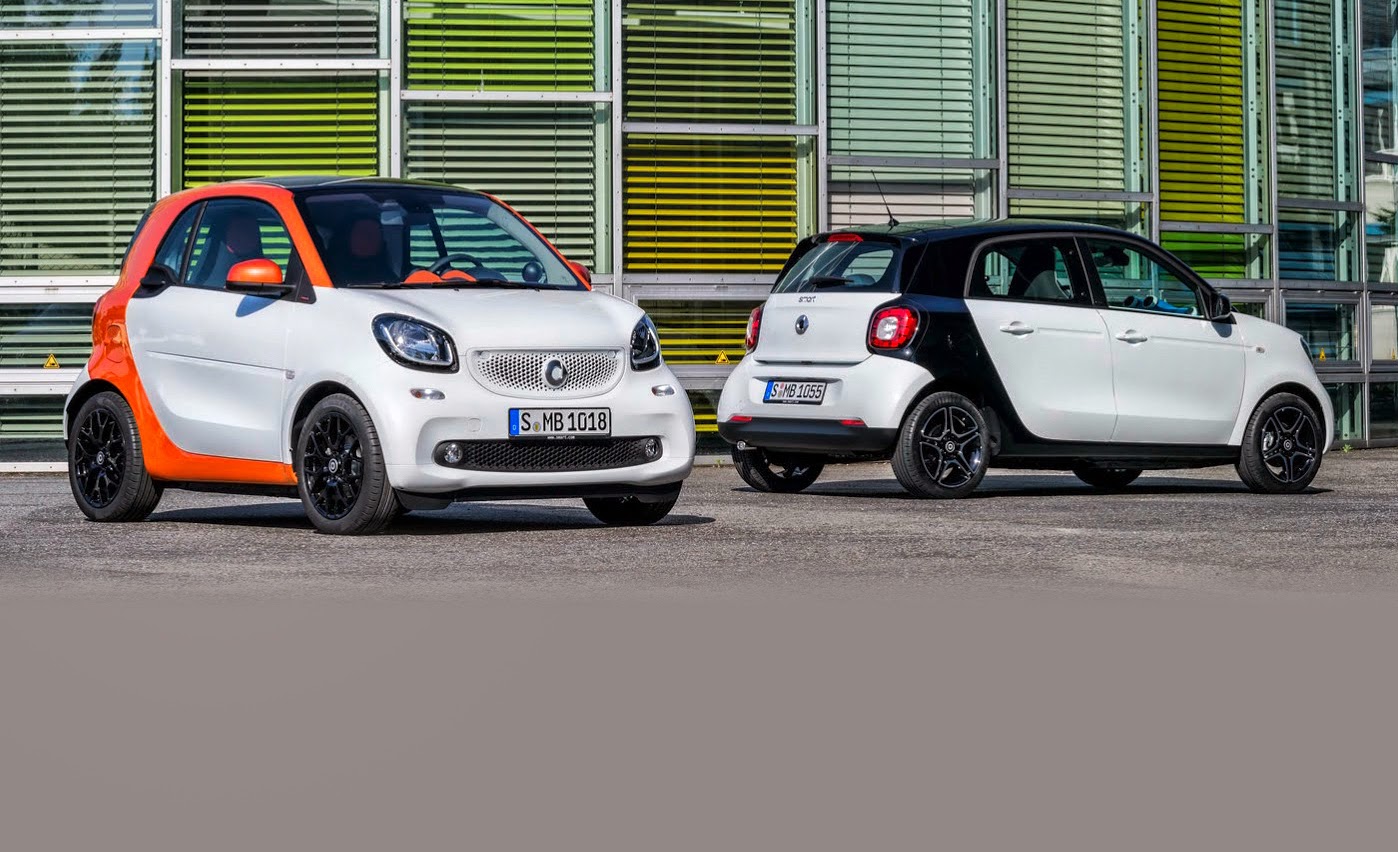 The new 2015 Smart ForTwo and its larger Smart ForFour sibling are here. Daimler revealed the new generation Smart models which was developed based on a new engineering architecture shared with Renault. The third generation ForTwo and the second generation ForFour are expected to expand the brand’s share of the city car market and boost global sales.

The ForFour is simply a stretched version of the ForTwo. Both models are closely related to the new Renault Twingo, with identical underpinnings, including the rear-drive and rear-mounted engine layout. The ForTwo maintains its 2,690mm length, although its width has grown by 6.5% to 1,660mm and has a slight height growth of 10mm to 1,550mm. The ForFour has grown longer by 30% to now measure 3,490mm, but has had 262mm and 24mm shaved off its height and width; the first generation was based on a Mitsubishi Colt and competed in a bigger class.

Two petrol engines have been announced, which is a 1.0-litre naturally-aspirated 3-cylinder rated at 70hp and 91Nm, and a 0.9-litre turbocharged 3-cylinder that generates 89hp and 135Nm. A 59hp petrol engine will be added to the range later, while a more powerful unit is expected for the Brabus sports editions.
image: themotorreport.com.au

Smart vs Mercedes In Crash Test

More in featured
The Production Nissan GT-R50 is a Super Godzilla
February 21, 2020