Small Urban Electric Cars to Look Out For in 2020 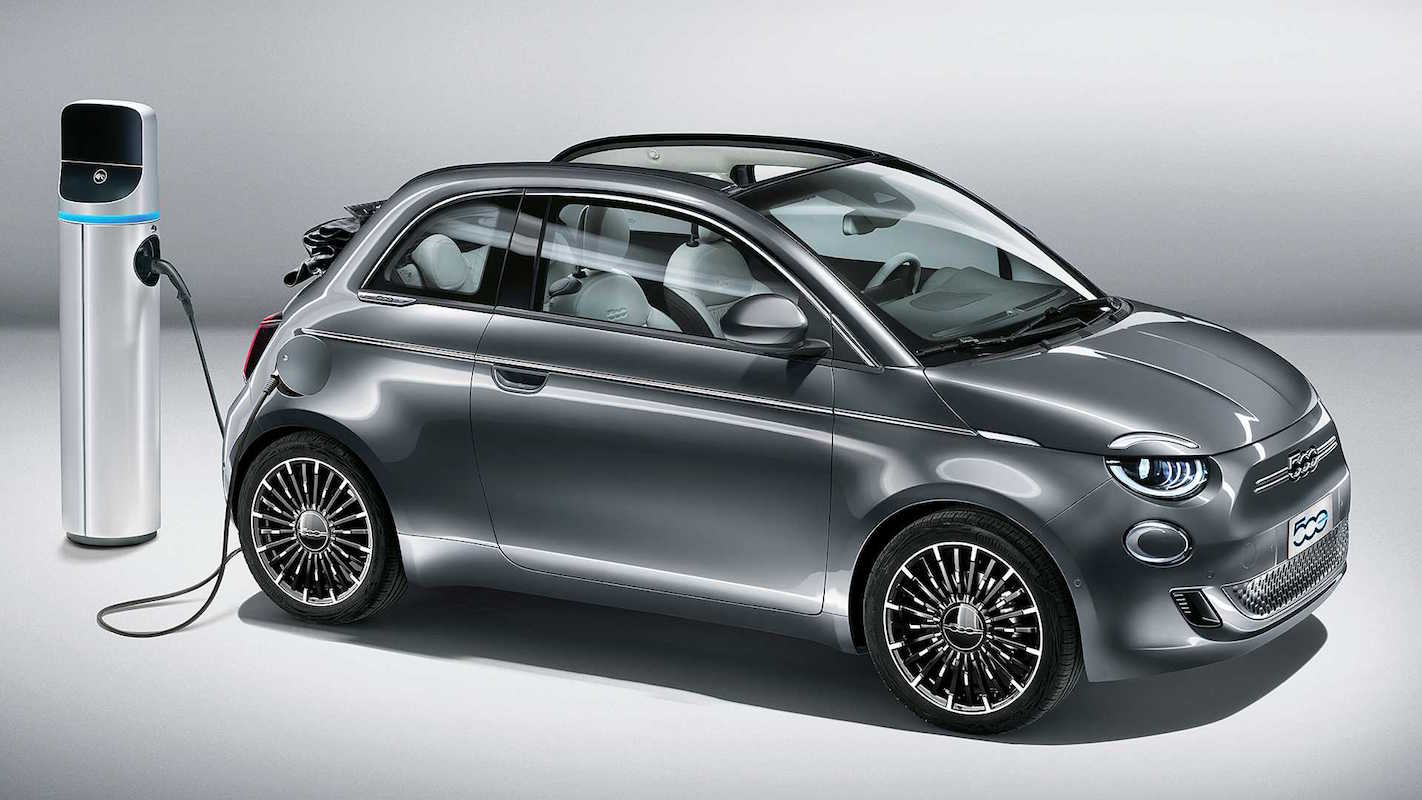 Yes, automakers are going the way of electric cars and every year we will see more and more of these little interesting vehicles launched. Automologist KEVIN sums up what EVs have been lined up for 2020… 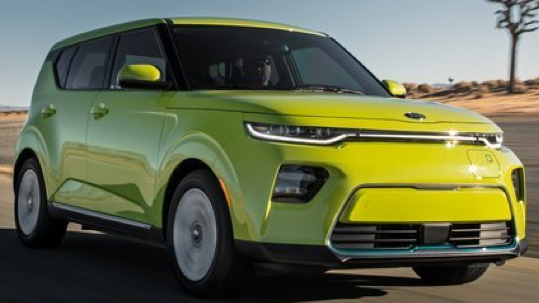 With its boxy shape from every angle, the Soul may at first glance look like a boring car. Well, you couldn’t be more wrong. The Soul undoubtedly has character and a certain charm, with the front-end shaped by the narrow lights and slim grille and the rear featuring an LED light strip that wraps almost all the way around the rear screen. It’s certainly a rather bold attempt to inject some design vibrancy. 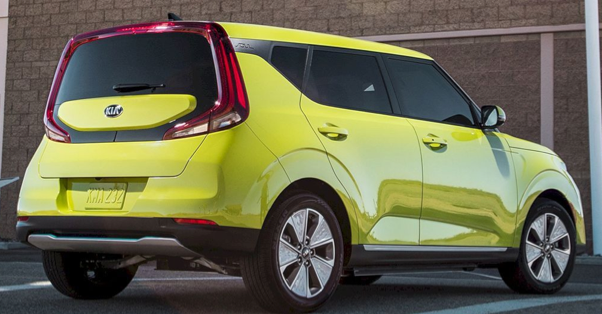 The battery runs the front wheels, sending 204hp and 395Nm of torque from an electric motor that will sprint the car from 0-100/kmh in 7.6 seconds. On a normal charge, the new Soul EV takes about 9.5 hours to reach 100 percent capacity and that reduces drastically to just 75 minutes with fast charging. It is rumoured that the KIA Soul’s release date may be pushed back to 2021. 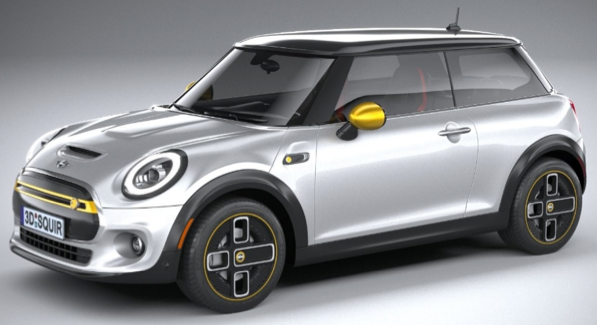 The Cooper SE makes electric mobility more ‘MINI’ by maintaining authentic attributes of design, handling and fun that are found in every MINI model. Designed for city driving, the car will have a horsepower rating of 181bhp and a zero-to-60 mph time of 6.9 seconds and will go all the way up to just shy of 160/kmh. With a 270-kilometer range, it is lower than a number of other electric cars on the market, but it is perfect for the stylish urban customer who is looking for a car just to commute to work and back in style. 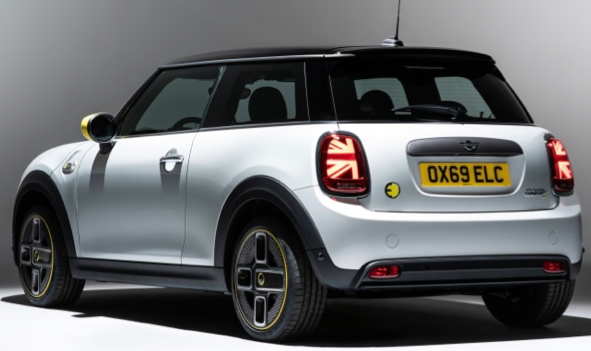 Apart from the keyless entry, active driver assistant with forward collision warning, and an energy-efficient heat pump to warm the batteries, the car also comes with an acoustic pedestrian protection system that is played through the speaker system. The design is almost identical to the petrol-powered MINI two-door. The only difference is the SE has been raised 0.7 inches to accommodate floor-mounted battery packs and an HVAC heat pump to maintain its range in colder weather. The car will hit showrooms sometime in 2020. 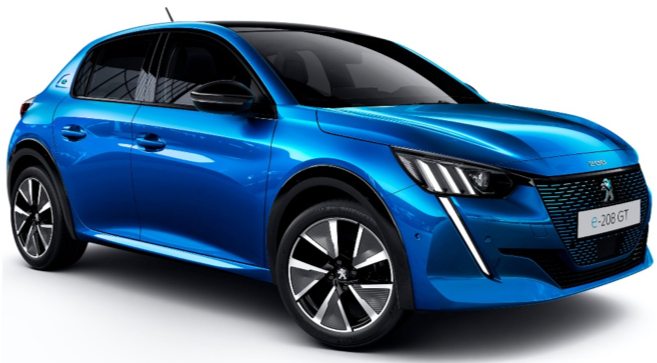 With its useful range and rapid-charging capability, the Peugeot e-208 is a smart, grown-up package that is tastefully designed and fun to drive. While most manufacturers believe electric cars should look a little different from their petrol-powered models, Peugeot thinks otherwise. It is their belief that choosing between petrol, diesel or electric should be as normal as choosing a trim level. That is why the fully electric Peugeot e-208 will be released at the same time as the petrol and diesel models. It even looks nearly identical and it will be even listed in the same brochure. 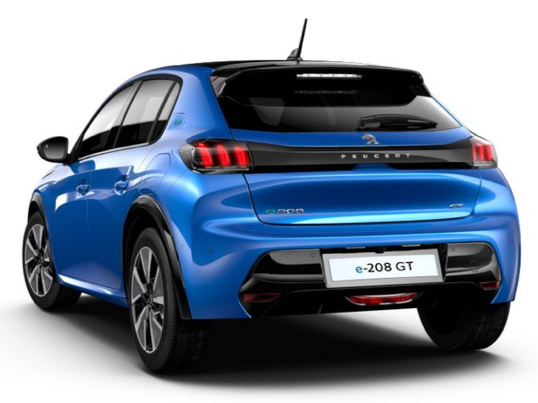 Under the bonnet, a 134bhp electric motor gives the e-208 its official sprint of 0-62mph time in 8.1 seconds. The e-208 comes with a decent driving range of 340 kilometers, but that is with your standard 8-hour charging. Peugeot does, however, offer a faster charging option, making it possible to get 160 kilometers of range in a mere 20 minutes. Peugeot is targeting to launch the e-208 sometime in September 2020.

The job of ferrying Gates around is ‘Taycan’. 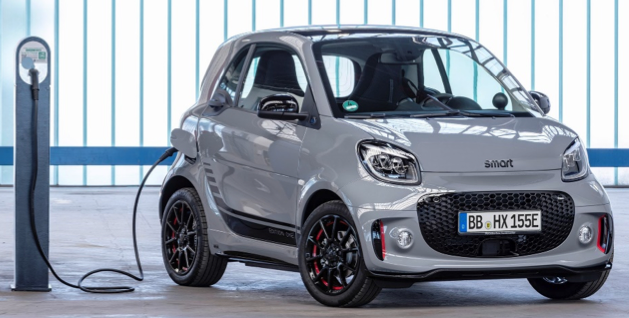 Mercedes’s partnership with Renault gets another spark with the launch of its Smart Fortwo and Smart Forfour based on the upcoming Renault Twingo. Externally, the new Smart looks like it’s a facelift of its predecessor. The changes on this new model are basically some added blobby curves, an imposingly huge grille for a small car, tweaked headlamps with incorporated front indicators and a wider front bumper with neat air slots in the outer edges. Round the back, the only changes are the glitzy tail lamps and elsewhere, the changes are minimal with just new alloy wheel designs and a fresh palette of colours for both the bodywork. 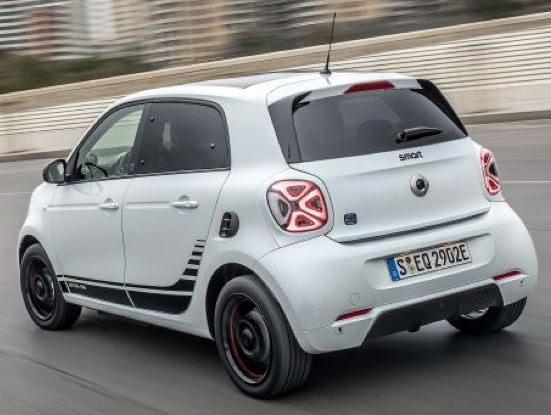 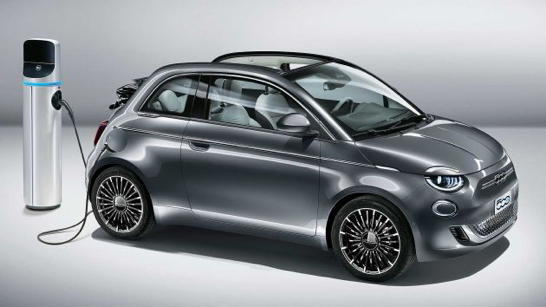 A new era begins for the Fiat 500 with this, the new fully electric version that was designed from the ground up. The Fiat 500e is a completely new project and it will be only built in its factory in Turin. Although the timeless shape of the 500 is retained, there are notable differences such as the thick roof pillars, smoother bodywork, new LED headlights and a fresh front fascia. The Fiat badge is also gone from the front, replaced with a large 500 badge on the grille. The rear is more rounded and the tailgate becomes more three-dimensional. The taillights create an E-shaped motif when illuminated to emphasize its electric nature.

The 500e comes with a single electric motor developing 118 horsepower which will send the 500e to 100 km/h in 9.0 seconds. Flat out, the electric Fiat will reach 150 km/h and if you’re not too throttle happy, it will offer you a range of 320 kilometres on a full charge. Problem is, when it’s time for a charge, it can take up to 14 hours to get the 500e to a 100% charge. However, if you’re in a rush, there is an option of getting it charged to 80 percent of its range in 35 minutes by using an 85-kW fast charger. The 500e was to have been launched on the 4th of March 2020, but due to the Coronavirus, the launch date has been pushed to a date that will be revealed later.

The ID.3 is a hugely significant car for Volkswagen and marks the third major chapter in its history after the Beetle and the Golf. With its roomy cabin, big boot, futuristic looks and amazing infotainment system, this car will surely be a hit with people of all walks of life. In addition, the techy tech guys in VW have decided to inject some personality into the ID-3, much like Herbie, I would assume. One of the features is an intuitive light bar to communicate with you and your passengers. Once on the move, the light bar will be used to communicate information on the car’s driver assist, navigation, braking and wireless phone connection, to name a few.

The ID.3 will be available with three battery sizes: a 48kWh, a 58kWh and a 77kWh. The larger the battery, the longer the range and the longer it takes to charge. Fitted with the smaller battery, the ID.3 should have a range of around 320 kilometres.; the ones fitted with mid-sized batteries should get about 420 kilometres, while the biggest should get about 550 kilometres. A full charge will have to be done overnight, but using a 125kWh fast charger, you’ll be able to charge the battery from zero to 80% in as little as 35 minutes. 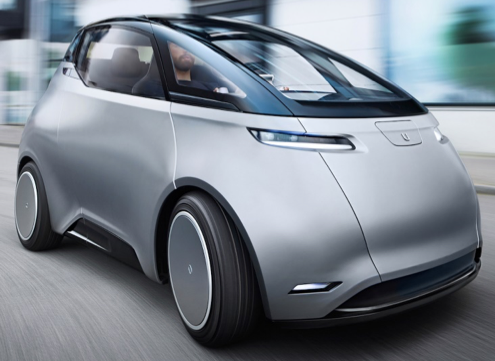 So, what is Uniti One? Uniti is a small company that started as an open innovation project at Lund University and it eventually became an independent startup of its own in 2016. The primary aim of the company is to change the automotive codes by redesigning the entire car, focusing on delivering an affordable, lightweight, safe, digital-first experience, as well as producing a completely climate-neutral car. With that, the Uniti One was conceived. A three-seater car with a seating configuration much like a famous hypercar from the 90’s. The Uniti One is however much geekier and more futuristic than it is fast. 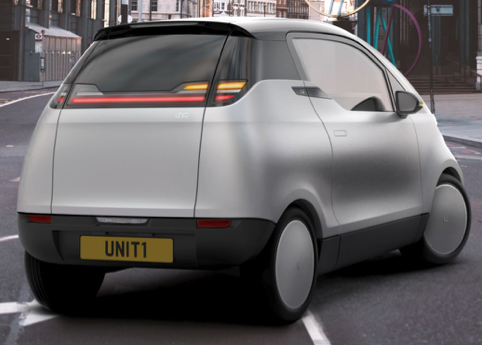 There will two versions of the powertrain: one with a 12kWh battery that has a 150-kilometre range and one with a 24kWh battery capable of a 300-kilometre range. 0-100 times is just under 10 seconds. Both can be charged either at home via a standard outlet or with an optional fast charger. The latter will take your Uniti from 20 to 80 percent charge in 9 or 17 minutes for the 12kWh and 24kWh models respectively. If not, it will take about two hours to charge this car up to 100%.

The tiny, all-electric Honda E city car caught everyone’s attention when the idea was first conceived many years back. Its interesting combination of retro-styling and new-wave technology makes this the most anticipated little runabout electric car this year. So, what do we know about this little cutie? The E comes standard with a single-pedal control system that allows drivers to accelerate, slow down and stop using just the accelerator pedal. Honda developed the feature to improve driving experience in stop-and-go city traffic. Another standard feature is a side-camera mirror system, which replaces side mirrors with cameras that feed live video to screens on the dashboard.

The E will come in two trims. The Advance giving optional wheels, increased power output and extra tech. The E Advance trim is claimed to have 152 bhp with 314nm of torque and will take the car from 0-100/kmh in 8.3 seconds. The base Honda E with 134 bhp and the same amount of torque is claimed time to get to 100/kmh in just nine seconds. Both trims feature rear-wheel drive and a 50:50 weight distribution.