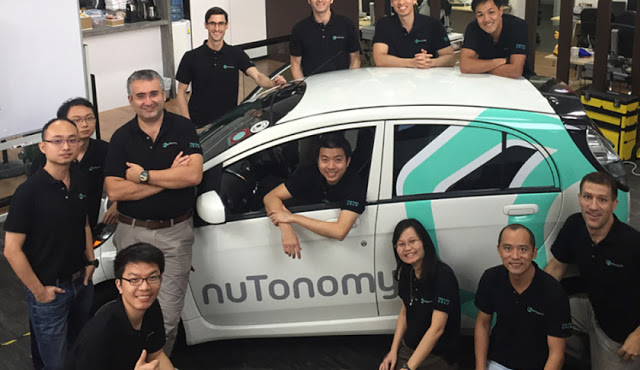 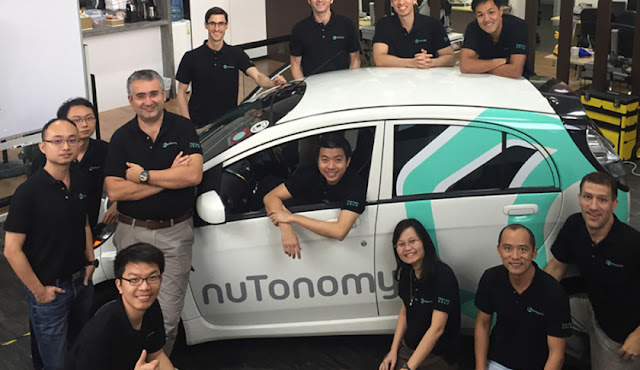 One city is set to release driverless vehicles on the road, and surprisingly, it may not come from any of the seven major companies that are all aiming to do so by 2020. It could be happening much sooner, but thousands of miles away from them, in the small country of Singapore. A startup from the island city, nuTonomy, will embark on a pilot programme for driverless taxis this year, with the end-goal of having thousands of driverless taxis ferrying people around and across Singapore. nuTonomy will allow customers to order driverless taxis much the same way as they would using Uber.

The company spawned from the Massachusetts Institute of Technology three years ago, and managed to raise US$3.6 million seed funding in January. The pilot test will take place, if it goes according to plan, at One North, a business park downtown. The first driving test was already conducted last month and the technology passed the test, according to one of its founders.

nuTonomy has the upper hand compared to its competitors as Singapore, which has a dense urban population, is highly receptive to technology that can improve the country’s already extensive public transportation system. nuTonomy could become the first company to operate driverless cars commercially at a Level Four. Google is only running its self-driving cars at a Level Three, because a human is still required to sit behind the wheel and take over in the event of an emergency. Furthermore, the Singapore government is supportive of any effort to reduce pollution and greenhouse gas emissions, and nuTonomy cars are all-electric. While regulations are notoriously strict in the Lion City, approved legislation can move much more quickly, which means that Singapore could beat other countries – such as the US, China, UK and Japan – which are also clambering to reach a feasible driverless car system, or at least a road system that can incorporate driverless vehicles into it.

Singapore is known for its exorbitant car ownership costs, with additional taxes, registration fees and CoE fee on top of the price of the vehicle. However, this has not appeared to deter (richer) residents from wanting to own their cars and the government enjoys hefty revenue from the sale of the CoE license. So, automated cars would probably not help curb car ownership significantly. Neither does Singapore have a pressing need to reduce driving accidents; the country has one of the lowest car crash fatality rates, with only 2.82 deaths for every 100,000 people in 2014.

The country’s large fleet of taxi drivers would also have something to say about it. As it is, they are already miffed about ride-sharing services like Uber and GrabCar which are, as the Chinese says it, breaking their rice bowls (causing them to lose jobs/income).

But, if successful, Singapore will be the pioneer in having working driverless vehicles on public roads, setting an example for the rest of the world. nuTonomy is also developing self-driving software for Jaguar and Land Rover, which means that it has the potential to be the technology partner for a number of traditional automakers in the future as our journey on the road becomes increasingly automatised.

Malaysia and Singapore to sign MoU on High-Speed Rail