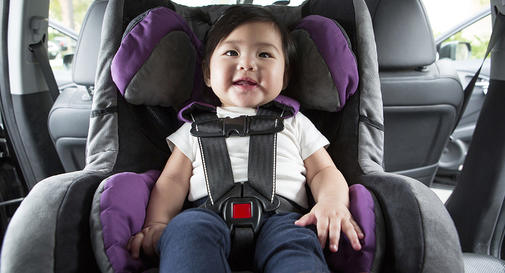 Automologist LING is of an age when her friends are popping out babies, which led her to question about kids’ safety in cars.

I woke up this morning to a text from my friend from Singapore, who is planning a visit to Malaysia with her baby: “Is there a car seat law there?”

The answer of course is “no”. Our lawmakers have been proposing to amend the Road Transport Act 1987 to enforce the use of child restraint systems (CRS) for some time now. According to data from  a 2011 study by the Malaysian Institute of Road Safety Research (MIROS), the leading cause of injuries amongst children was traffic-related; in the years 2003 to 2005, there were over 80,000 cases of children admitted to government hospital for traffic injuries, DOUBLE the number of cases of kids admitted for the second highest cause of injury, that is from a fall.

In Singapore, on the other hand, there have been strict laws when it comes to CRS since 2012, when it comes to using the kid’s height to determine the correct type of CRS, and even earlier when age was used as a criterion instead. Once again, Malaysia is lagging far, far behind our neighbour when it comes to our transport system.

That said, taxis in Singapore are exempt from this rule because I suppose it would be impractical for taxis to carry around the different types of seats required for kids of different heights. Grab and Uber are not exempt, though, because they are “pre-booked” services that allow passengers to indicate the need for a child seat. There’s something unjust about that, I feel, but the ride-hailing companies have simply risen to the occasion by adding an extra family-oriented service to their offerings: for a few dollars more, customers can hail a Grab/Uber car that comes equipped with a child seat. I wonder, though, how many parents would opt for the Grab/Uber with child seat over the convenient taxi they could hail from around the corner; if there was no law governing this, would they even bother?

I am of two minds about paternalistic laws. I sometimes think we should let Darwin’s principle of natural selection run its course and weed out people who do not think for themselves and engage in risky behaviours. But when it comes to children, they didn’t get to choose parents who would act in their best interests, so perhaps intervention is needed.

In Malaysia, we are familiar with the sight of babies being held in the arms of an adult while travelling on the road (two-wheelers included) and kids clambering around the backseat of a car in motion. I remember being such a kid, before learning about my own mortality and the dangers of road travel. A few years ago, there were talks about child car seats being made mandatory by 2017 (hey, that’s this year!) and then it was deferred to 2019 because, according to our Transport Minister, there are the lack of public awareness and cost to take into consideration.

Another recent study by MIROS on the matter seems to support this. It found that 42% of the 500 respondents ARE using a CRS system, but an alarming 84.1% installed rear-ward facing CSR the wrong way forward and 81.5% of children had prematurely been graduated to seatbelt use.

And it is true: a decent car seat costs at least a few hundred ringgit, and gets more expensive with additional features. The same MIROS study showed that the leading factor in choosing a car seat was price (36.8%). I hate to think that safety is only for those who can afford it, but that is the way the world presently works.

(Here’s a guide from Babycenter.com on which safety feature you SHOULD pay extra for:) 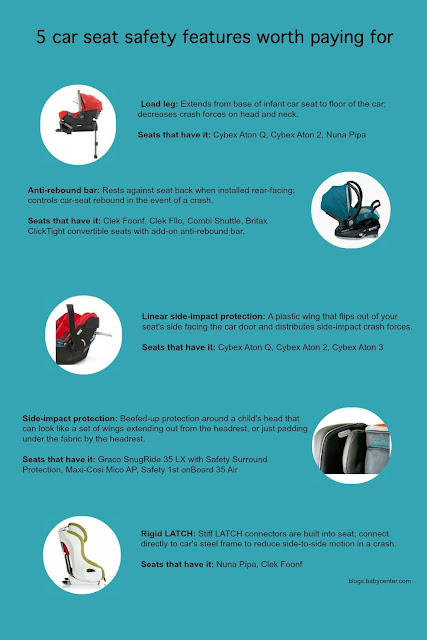 Even if car seats for kids is made mandatory, I’m not optimistic that my fellow Malaysians would abide by it. Take for instance the rear seatbelt rule in our country—only 8.6% of rear passengers bother to buckle up (2014, MIROS). What I would still like to see though, is some sort of income tax rebate, along with automakers and car dealers doing their part by incorporating (good quality) child car seats into their packages; these would, at least, be a start…

The Biggest Auto Event in South East Asia this December

Dubai Police's Latest Vehicle is Straight Out of Sci-Fi