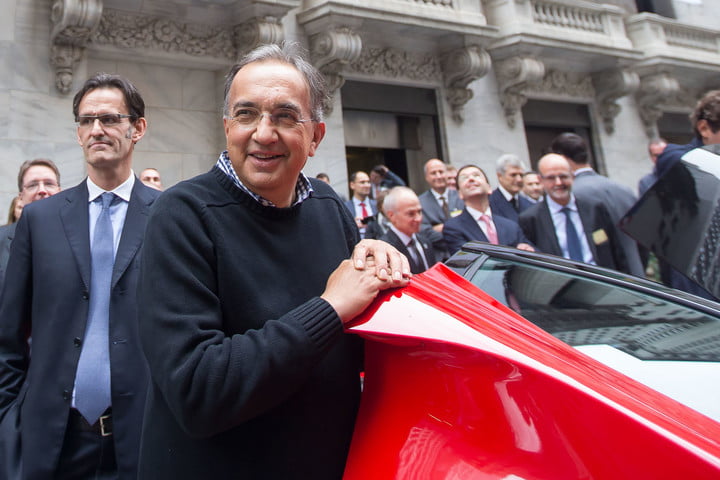 Just days after the abrupt announcement that Sergio Marchionne has retired as CEO of Fiat Chrysler and Chairman of Ferrari, one of the most revered figures in the automotive industry has passed away.

Whilst official statements and most news media report that Marchionne was undergoing surgery on his shoulder in Zurich and that complications had developed following that, some Italian media report that the treatment was for cancer.

Marchionne is credited for saving both Fiat and Chrysler from bankruptcy. He joined the latter in 2004, at its worst. The company was bleeding somewhere around US$1 million every day, burdened further by bureaucracy and incompetence of its existing management. Being the ruthless, no-nonsense boss that he is, Marchionne streamlined the layers of management (ie. fired a lot of people) and strengthened the company with younger talents based on their merits. Fiat was placed firmly back on track towards creating a car empire.

When Fiat merged with Chrysler in 2009, Marchionne once again had to deal with another ailing company. He moved the CEO office right smack in the middle of the engineering department (the foundation of a successful business is a good product, after all) and starting trimming away the bureaucratic layers again, whilst empowering his team to take risks. With the Fiat Chrysler Group now being supported by a flat organisation, things started moving quickly. By this year, the Group’s US$13 billion debt had been whittled away.

Besides being known as a results-oriented (some say obsessed) nature and having lack of tolerance for failure, he was recognised for his ‘uniform’ of a black sweater; like several other great leaders who have better things to do with their time, he didn’t want to waste any on thinking of what to wear.

He was refreshingly honest, a trait not commonly expected in business. He once told potential Fiat customers not to buy the 500e, a model produced to satisfy a government requirement but caused Fiat to lose, not make, money with the sale of each unit.

His leadership success and business acumen have generated lessons for generations of leaders to come.

Marchionne leaves behind his partner, Manuela Battezzato, and two children.