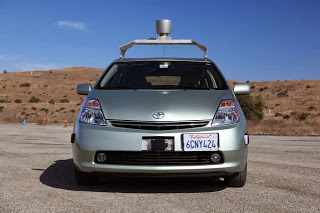 The Eno Centre for Transportation released a report this month about the future of autonomous driving, specifically in the US.
According to the study, if just 10% of the cars on the road were autonomous vehicles (AV), traffic fatalities would be reduced by 1000 cases per year. If it was 90%, 21 700 traffic deaths would be avoided, and drivers would all together save an accumulated 2.8 billion hours of travel time and 724 million gallons of fuel. Reduction in travel time and fuel usage is partially attributed to minimisation of acceleration and braking of vehicles, and elimination of the need to cruise for parking spaces.
Furthermore, the introduction of AVs onto the road would encourage car sharing and rental programmes as a customer could simply ‘order’ a car online. In the state of Seattle, where car usage is higher than the country’s average, only 11% of vehicles are used even during peak hours. Even now, before the advent of AVs into the commercial market, the car sharing notion is already beginning to flourish with services like Zipcar in the US and CarClub in Singapore.
However, widespread adoption of AVs may have health impacts. Vehicles would drop passengers directly at the doorstep of their destinations. Even that little bit of exercise from walking from the parking spot to the office or home is eliminated. And then there are the taxi drivers and truck drivers of the world who would be made redundant.

Still, the AV technology is still extremely pricey and has some way to go before it can join other commercial vehicles for widespread adoption. Present AVs cost at least USD100 000, about 5 times the price of a commercial vehicle.

For now, automakers are integrating elements of automated driving into their latest models. This month, Toyota announced plans for automated driving systems, which would be introduced in about 2 years, that allows vehicles to communicate with each other to avoid collisions. In Toyota’s home country, Japan, more than half of the traffic fatalities that happened last year were aged 65 or older. The country is believed to have the highest percentage of elderly population, and it is expected to increase from 24% in 2012 to 40% by 2060. Autonomous driving systems may be just what this land desperately needs.
However, experts estimate that only 80%-90% of accidents are caused by human error, and therefore, even complete adoption of AVs will not fully eliminate accidents.
Other automakers who are exploring self driving technology includes Nissan, which has recently obtained permission to test its AV on public roads. It aims to launch an AV model by 2020.
Google’s test AVs have traveled over 400 000 miles on public roads in California since 2010. Just last week, the company shared data from tests of its self driving Prius and Lexus cars, showing that they are safer and smoother than human navigated vehicles. In one instance when the Google car was rear ended, data showed that it had slowed down smoothly before being hit by the other vehicle. Google, too, plans to launch a commercial AV by 2020.
Volvo, of course, had to get into the game and plans to be the first one in. Its marque has long been associated with safety. The automaker will launch the first batch of what may be the precursor of future AVs next year, capable of traveling up to 31 miles/hour, cruise control with steering, automated parking and car-to-car communication. The company envisions zero-fatality for drivers of its cars by 2020.
In 2011, a survey by Accenture showed that 50% of drivers would be uncomfortable in a driverless car, but a Cisco survey that followed 2 years later found that 57% would be comfortable in one. As history has shown, time will help people to adapt to new technology.

More in featured
Will the Fast & Furious Franchise Really End with the 11th Film?
June 18, 2021