See the Launch of Elon Musk’s Tesla Roadster into Space, From the Lens of a Hollywood Director 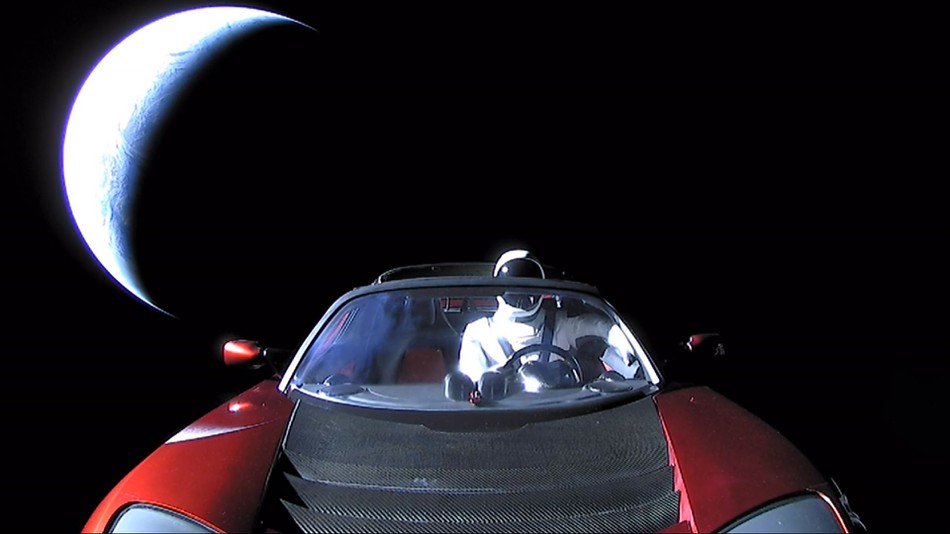 You might have already seen videos and images of Starman riding Elon Musk’s bright red Tesla Roadster into space early last month, with David Bowie’s Space Oddity playing on the radio. The journey was helped along by Space X’s great big rocket, the Falcon Heavy.

Lest we forget about Starman floating in outer space and how he got there, Musk dropped by the Westworld’s panel at the ongoing South by Southwest Festival, and dropped highlight videos of the launch, showing not just the rocket launch but also the reaction and excitement of the people on the ground. Bowie’s music once again set the mood, with Life on Mars playing throughout.

The video also showed the core booster crashing into the water (the two side boosters made a safe landing), so kudos to SpaceX for admitting that there is still work to be done. (“I didn’t fail 1,000 times. The light bulb was an invention with 1,000 steps,” said one Thomas Edison.)

The highlight reels were directed by Westworld’s director, Jonah Nolan.

In conjunction with the release of the videos, Musk tweeted that: “Life cannot just be about solving one sad problem after another. There need to be things that inspire you, that make you glad to wake up in the morning and be part of humanity.”

Time to rethink our lives…

VW Says It's Killing Off the Beetle

5 Questions to Ask Your Car Mechanic