Say “Ciao Bella” to the first all-electric supercar from Italy 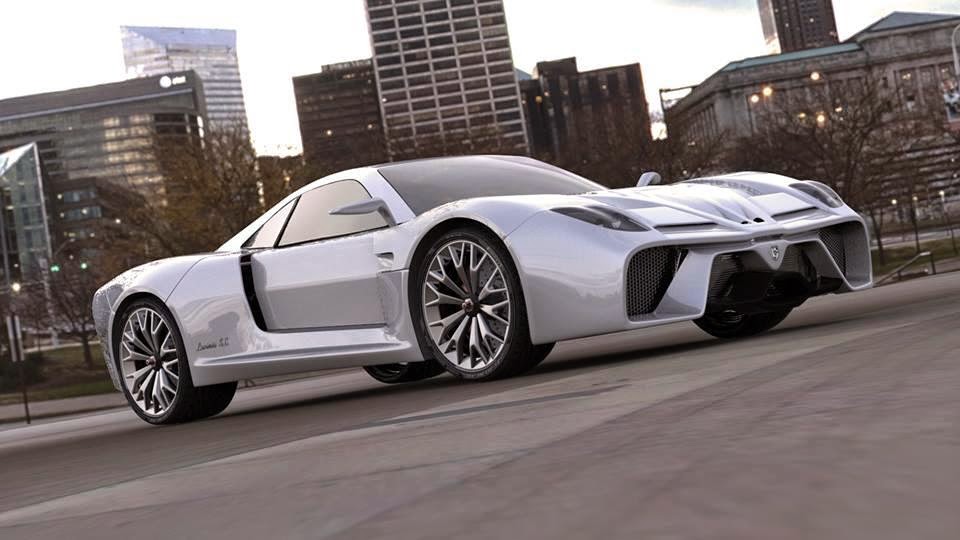 Sicily-based company, Tecnicar, is ahead of its better known fellow Italians, Ferrari and Lamborghini, in constructing the first ever fully electric supercar and is hoping to complete the prototype in time for the Top Marques show in Monaco in April 2015.

Details released by the startup automaker are enough to impress. The Tecnicar Lavinia, as it is called, will boast an 800hp powertrain, a 0-100kmh time of 3.5 seconds and a top speed of 186mph. There are no details about the battery pack, but Tecnicar claims that the Lavinia will have a 180-mile range on each charge. The car designer is one Giuseppe Ferrazzano who apparently named the car after his wife (aaawww). Other than that, all we know are in these 3D renderings made by Angelo Granat.

Are we excited? Well, yes and no. We like the story of a startup beating old timers to creating technologically advanced vehicles, but very few auto startups succeed and even more established supercar manufacturers with their infinite R&D funding have trouble creating an all-electric supercar. And all we really have right now are words from a relatively unknown automaker and some computer-generated pictures. So, we’ll keep our excitement muted until the big reveal next April.