Russian Instagrammer Drove Bentley With Girlfriend Tied to the Roof 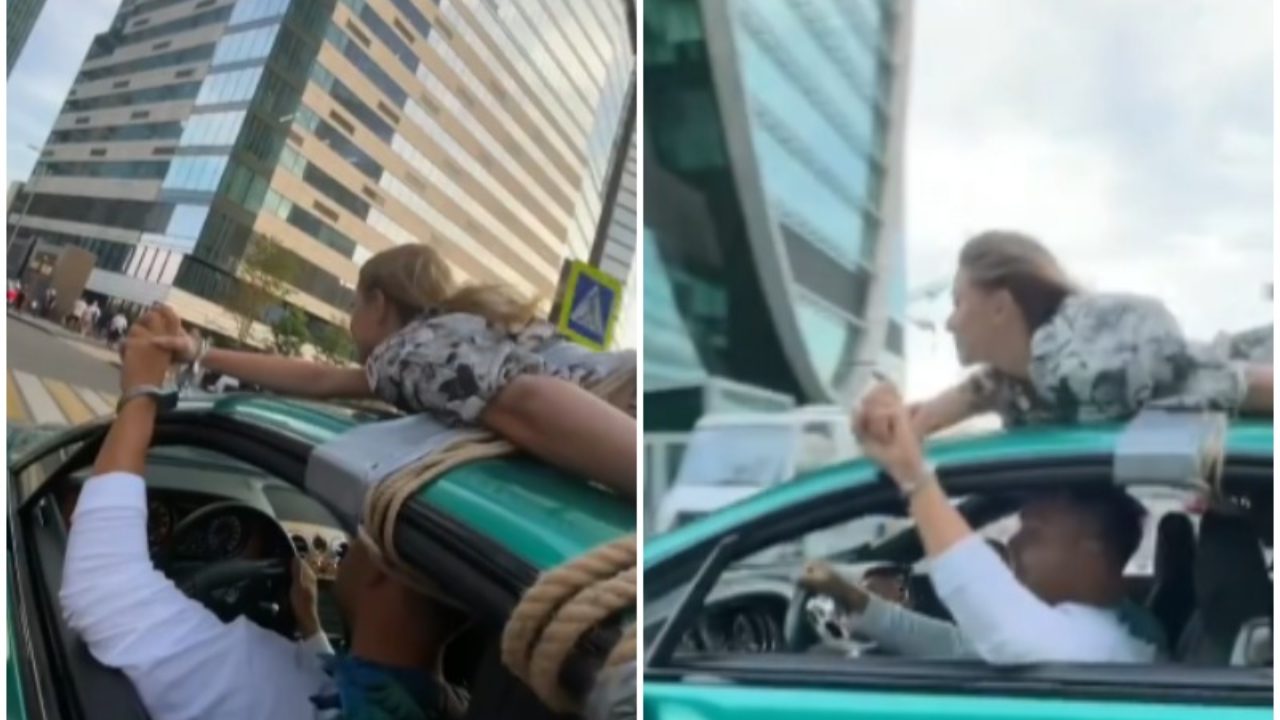 People will do anything for fame nowadays. Russian social media influencer, Sergey Kosenko, is under investigation after uploading a video of himself driving a blue-green Bentley with his girlfriend tied to the roof.

Sergey has over 5 million followers on Instagram and his feed is filled with snippets of his partying and jet-setting life and bad boy exploits. This one, though, caught the attention of the Moscow State Traffic Inspectorate which is now investigating the incident.

Well, the evidence is all there. The video shows the woman strapped to the roof of the Bentley with rope and duct tape and is also taped across her mouth as Sergey drives through the city with one hand on the steering wheel and the other reaching out the window, handcuffed to the woman’s free hand.

Sergey and his girlfriend have already apologised on a later Instagram post, saying that they were already fined 750RUB or RM43, which is less than a slap on the wrist, although he admits he has done this more than 20 times.

The Russian influencer has a history of flouting the law. He attracted the attention of Bali authorities after sharing his shenanigans of riding a motorcycle with a pillion rider off the pier, into the water. The stunt was condemned by locals as being reckless and potentially harming the environment. Following that, he threw a party of over 50 people on the Indonesian island amidst COVID-19 restrictions, which was what eventually got him kicked out of the country. Before he left, Kosenko told reporters that, “I love Bali. I am sorry and I apologise.” Hmm, there’s a pattern there.

There have been numerous instances of influencers engaging in dangerous road-related activities just to get more “likes” and to entertain and increase their following. Recently in Indonesia, a group of TikTokers dressed as the “Angel of Death” and stepped into traffic to prank motorists; they scared quite a few before stepping in front of a lorry which driver didn’t slow down (or cared), and they were ran over, resulting in grave injuries and the death of one. They got their 15 minutes of fame in the end.

More in featured
Should Adverts for SUVs be Banned?
January 28, 2021