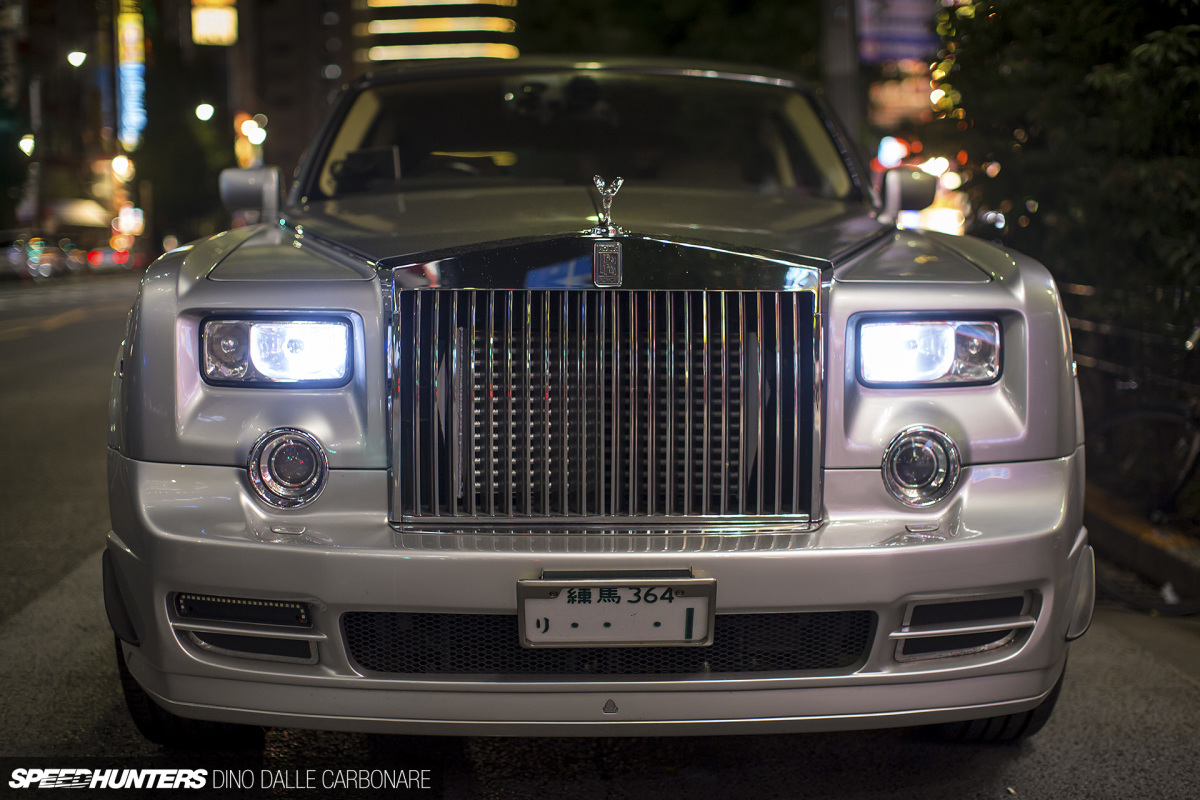 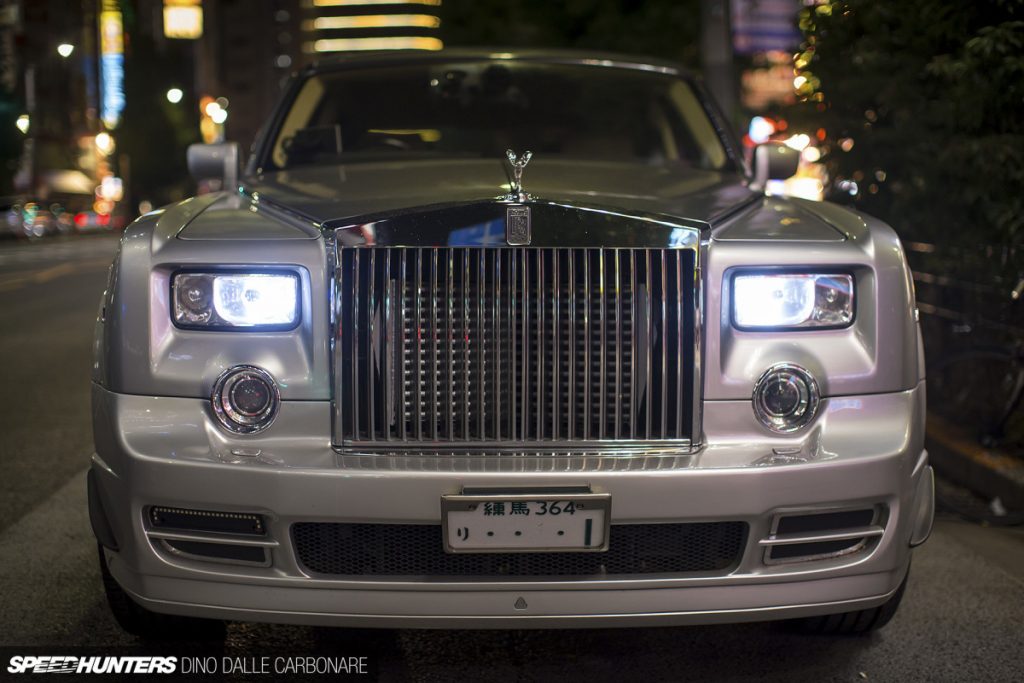 Automologist KEVIN brings us some astonishing, no, shocking news from the Land of the Rising Sun.

Where is the rolling eyes emoticon when you need it? Welcome to Japan where oddity is an everyday occurrence. This is a place where manga is born, where robots serve you drinks, and where you can frequent cat and owl cafes, and can pay for cuddles, and where cosplay originated from.

Here’s another unexpected thing. This Rolls-Royce Phantom was originally shipped from the factory with a BMW 6.7 V12 capable of producing over 500 Nm of torque, but it has been swapped for a Toyota 2JZ twincharged motor, for real. I guess less is more? Why anyone would forego an engine made by such an esteemed engine manufacturer, you ask? Well, not exactly sure what happened to this particular Phantom, but it is believed that this luxury behemoth was driven frequently by the owner, who loved giving his friends joyrides. Sometime around 190,000 kilometres, the car lost all its coolant and naturally the engine melted, figuratively speaking of course. 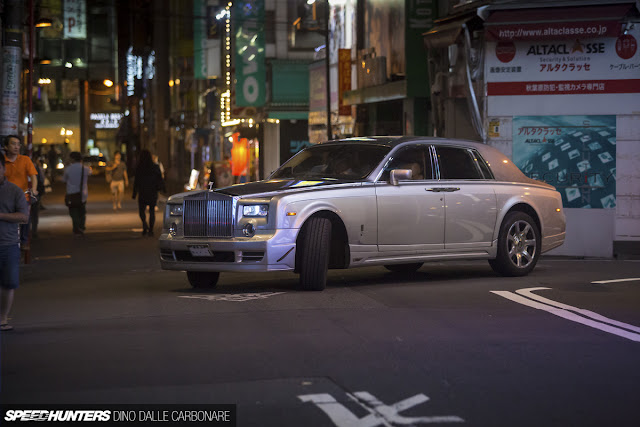 So, the owner decided to give the blokes in Goodwood a call to have a brand new engine sent over, and they said that it would take two years to rebuild the engine for this car. This didn’t bode well with the owner. 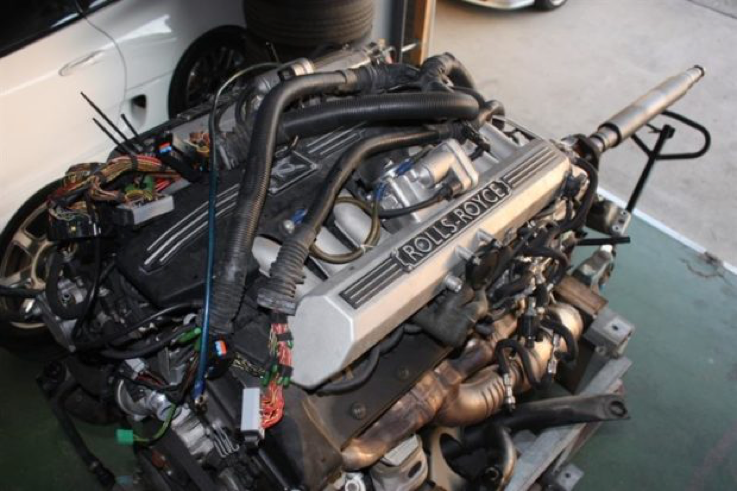 Say Goodbye to the V12 and Hello to the 2JZ.

The owner then decided against rebuilding the engine and turned to a pro to install a 3.0 2JZ-GTE inline-six twincharged engine, originally from the Toyota Aristo. Rebuilt with HKS forged internals, a GReddy T78-33D turbocharger and a HKS GTS8555 supercharger, this combo is reported to be making close to 900 horsepower. Everything from its automatic transmission with upgraded internals to its suspension, which has also been swapped, is now capable of withstanding the engine’s extreme power. 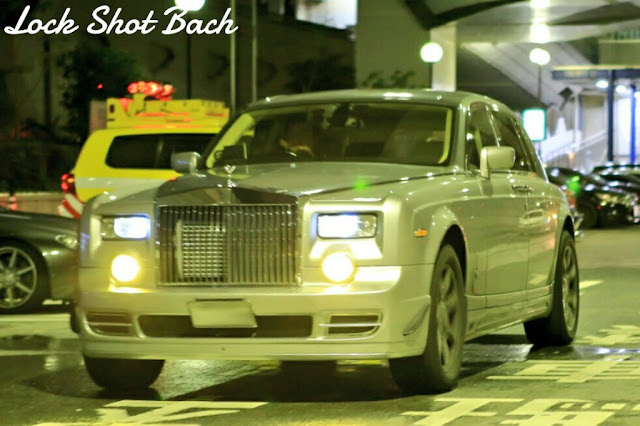 The car’s original air suspension was replaced with some really hardcore Ohlin dampers and get this – they had to be custom built to handle this lump. In order to give the car more grunt apart from the twinchargers, turbo and the forged internals, the cooling systems, hoses, intercooler, etc had to all be upgraded. 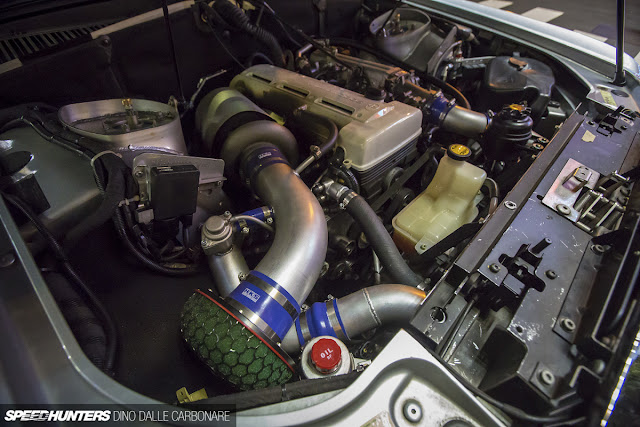 A custom fuel system supports the current 1.6bar of boost the chargers are delivering, but that’s just the low setting. Since the swap was just completed, it’s still being run in and currently this power plant is putting around 600bhp, but once final tuning is complete and 2.0bar is dialled in, 900hp should be very possible. 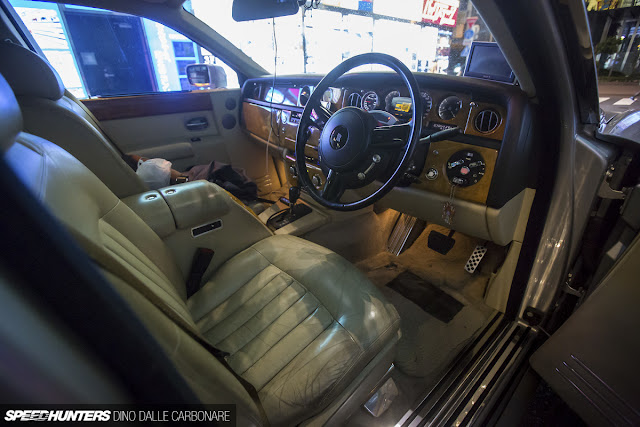 Needless to say that with an engine swap, the interior of any car can be easily messed up. Same story here, with the Defi boost gauge and an advance ZD multi-display meter to help keep the driver informed of the engines vitals. It all looks so terribly out of place and personally I think it’s even comical to an extent. 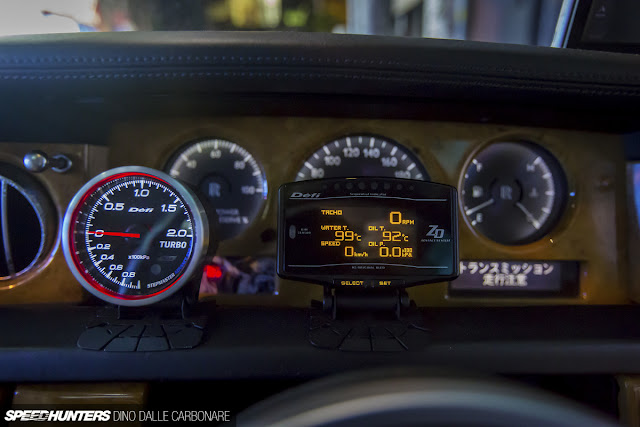 There is even a toggle switch on the gear knob that looks like if you flick it, it will kick in a nitrous system, but unfortunately it’s just the overdrive button for the Toyota Aristo’s tranny. 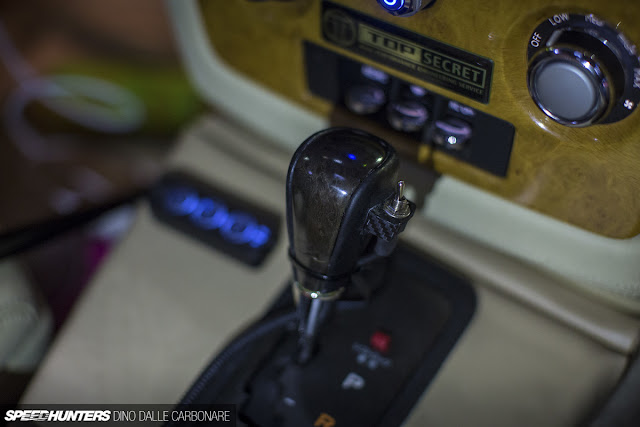 Nearly every Rolls-Royce out there is customized in one way or the other, but usually with more elegance, but I doubt there’s very many Phantoms out there that are as eccentric as this. Love or hate this build, you have to appreciate the individuality on display here. Still, at the end of the day, when you shut all its doors and leave it parked, it still is as elegant and distinguished as any other Rolls-Royce. 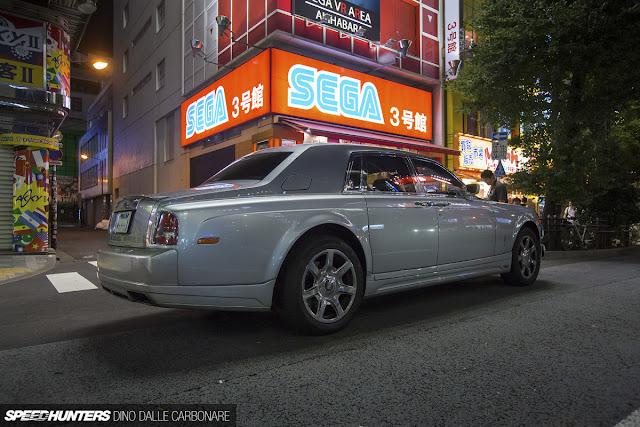