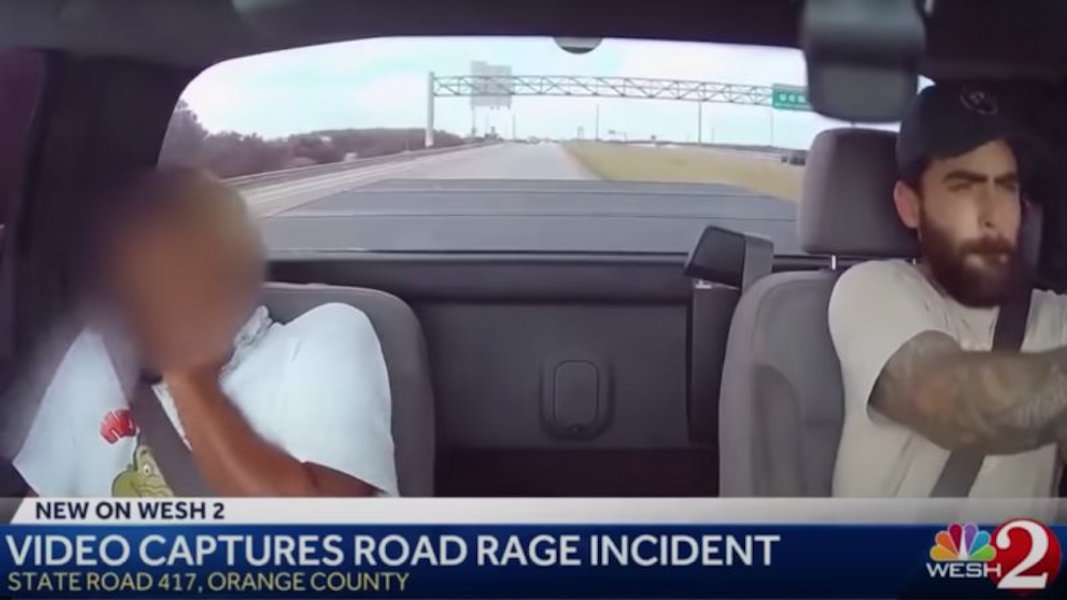 Automologist MAC brings us news on a less than smart move on the road.

Back in the day, we would refer to the good ol’ US of A as the Wild, Wild West. Well, it would appear that spirit is alive and well, at least in the sunny state of Florida. A local news channel known as WESH2 news reported that a man whilst driving fired multiple shots through his own windshield at the occupant of another car whom he alleges had just brandished a gun at him during a road rage incident.

The driver of the pick-up and also the shooter was Marco Mazzetta. The video clearly shows him popping off a few rounds at a Nissan 370Z and all while he was driving at 93mph (just under 150kph). According to Mazzetta, the Nissan was being driven aggressively when he brake checked him, not the smartest of moves, which caused to the Nissan to bump him. As the Nissan passed him, the driver pointed a gun out of the window, which is the point at which Mazzetta took matters into his own hands.

In an interview with the news channel, Mazzetta actually said, “I know this video doesn’t capture my smartest move” which is of course a bit of an understatement. He continued, “…but I hope that this video will make any idiot criminal with a gun watching think twice before loading, brandishing and aiming their firearm over a traffic infraction” and I am not sure which idiot he is referring to.

Does he make it?

Mazzatta reported the incident to the Orange County Police himself and the local constabulary is currently investigating the incident. I don’t know about you but shooting a gun through your own windscreen seems to be fraught with all sorts of dangers particularly if you are in a rage at the time. But there is a precedent in Florida after a Florida Deputy did a similar thing a few years back, after which his superior seemed to think it was okay and not a breach of department policy. Let me know what you think.

More in machines
Could this Solar-Powered Car Be the Clean Alternative We Are Looking For?
June 29, 2019