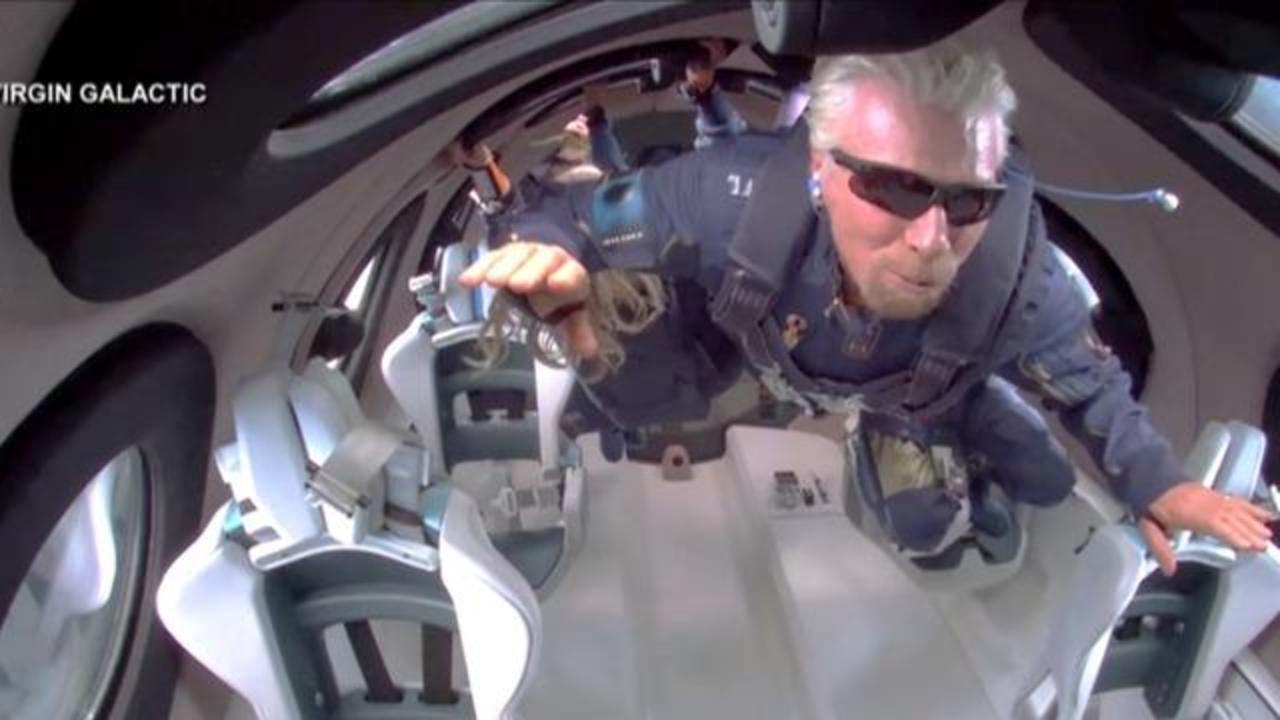 If she had the millions, Automologist LING wouldn’t spend them on tickets to Branson nor Jeff Bezos’s “space” flights, but splurge on Musk’s trip to the ISS.

Richard Branson made headlines when he was launched 53 miles from the surface of the earth last week, but history he did not make.

Branson was clearly emotional on the video that was recorded when he reached the peak of his flight, saying, “To all you kids out there, I was once a child with a dream, looking up to the stars. Now I’m an adult in a spaceship. If we can do this, just imagine what you can do.”

While I do not dismiss the achievements of Branson’s team and admire their aspiration for space travel, as a science-fiction fan and an all-round science nerd, I’d argue that it wasn’t a spaceship. You see, technically, he didn’t even make it to space.

Where does earth end and space begin is the question here, so this is an argument about definitions. There isn’t a single global agreement on where this boundary is but one widely accepted one is the Kármán line. Theodore von Karman, the eponymous Hungarian engineer and mathematician, was the first to calculate where the Earth’s atmosphere became too thin for aeroplanes to achieve flight. At present, this line is set to be 62 miles or 100 kilometres from Earth’s surface. So, if you accept this to be the definition of where space begins, then Branson only got very near to space; in fact, several news media appear to do so as they describe Branson as merely going to “the edge of space”.

NASA and the US Military have “lower” standards, so to speak, and places this boundary between Earth and space at 50 miles above Earth’s surface. So, by this definition, then Branson has indeed joined the small exclusive group of people who are called “astronauts”.

Jeff Bezos, who is another rich boy dreaming of going to space, is also going to be launched from Earth’s surface tomorrow. His space company, Blue Origin, was quick to differentiate their flight from Virgin Galactic’s.

From the beginning, New Shepard was designed to fly above the Kármán line so none of our astronauts have an asterisk next to their name. For 96% of the world’s population, space begins 100 km up at the internationally recognized Kármán line. pic.twitter.com/QRoufBIrUJ

It just seems to me that Branson simply took a ride in a private jet that could fly very very high, and Bezos is going to ride in a rocket that will go very low.

Enter Elon Musk into the billionaire race to space. Musk’s SpaceX is offering to fly four passengers to the International Space Station for an eight-day stay in 2022. The ISS orbits the Earth at between 205 to 270 miles above its surface. But if you are very, very strict about it and define space as being completely free of Earth’s atmosphere, then you’d have to go past 600 miles to escape it. By this definition, not even the ISS is in space.

Of course, if you had millions to spare and can pick from amongst these flights, here are how much the “tickets” would cost: a one-hour trip to the edge of space with Virgin Galactic is priced at US$250,000; Blue Origin auctioned off a seat next to Bezos for US$28 million for an 11-minute flight, and Space X’s 8-day stay at the ISS will cost you an eye-watering US$55 million. All things considered, the trip to the ISS is the best value for money, which would involve orbiting the Earth and thus engage in some actual “travelling”.

These billionaires have been criticised for spending their wealth on what seems like a rich boys’ race to space when there is a pandemic going on, but I actually think that much good could come out of it. After all, throughout history, space exploration has given us a slew of spin-off inventions and technology, from velcro to memory foam, and not forgetting our sponsor X-1R’s automotive products, which started when the company was asked by NASA to formulate a lubricant for their behemoth crawler transporters. So, I say, “Race on, boys.”

More in featured
How Much Would You Pay For a License Plate?
June 22, 2020