Return Of The Japanese Prince 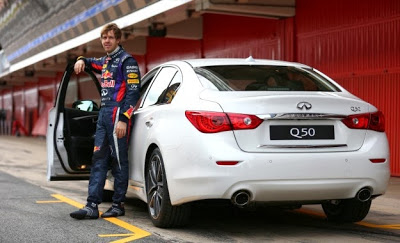 Infiniti to go on sale in Japan.

For the first time in 24 years (in fact, since its birth in the US of A), the Infiniti brand from Nissan Motor Co will go on sale in Japan. The luxury brand that has been on sale outside of Japan was originally conceived and developed to compete with the likes of BMW and Mercedes, and perhaps even some of the US brands, such as Cadillac, with a very clear marketing strategy targeting the premium vehicle segment primarily in the American market. The brand was created about the same time as Lexus and Acura from Toyota and Honda respectively, but has not enjoyed the same level of success as its rivals which analysts blamed on product shortfalls and curious marketing campaigns that focused on rocks and trees rather than the vehicles.

In recent years, the G series from Infiniti has gained some momentum and has become its bestselling product line; sales have jumped up to 119,000 units. However, this was nearly all in the USA and Infiniti has virtually no presence outside of that market. Nissan Motor Co now has dramatically changed the focus of the Infiniti business by making it very much a standalone unit, moving its HQ from Yokohama to Hong Kong, where it will have a good view of China, of course. The naming method for the manufacturer’s models has also changed from the familiar G Series to the Q series for cars, QX for SUVs, etc.

One final change that has been made to breathe life into the brand is the naming of a new boss, South African-born Johan de Nysschen, who is being touted as the man to take Infiniti to new heights. Speaking in Detroit to NBC news, de Nysschen, who was formally the boss of the fast growing US Audi operation, said, “My goal is to unlock the potential of this brand even if that means I have to challenge the way Infiniti has traditionally done business.” Although many analysts think that name confusion will be the biggest headache for Infiniti in the near future, the new Q50 was launched back in August, in the USA, and has been well received.

The first model to be launched in Japan will be the Skyline, which will be a hybrid version of the Infiniti’s flagship Q50 sedan, at a price of approximately USD45,000. Sales of 200 units per month is targeted, according to Nissan’s Chief Planning Officer, Andrew Palmer. The Skyline name is obviously an attempt to associate the brand with the familiar high end car it has been selling in the market under the Nissan badge, and also to tap into the consciousness of history, of a name that has roots back to the late Emperor Hirohito. “Its bloodline, its DNA, is directly from Prince Motor Co, which traditionally provided cars for the Emperor and thus there can be no better symbol that the Skyline is linked to the premium and luxury brand,” said Palmer. Prince Motor Co first launched the Skyline in 1957 but merged with Nissan in 1966 when Nissan took over production.

For all 3 of the big Japanese manufacturers, and here we’re really talking about Toyota, Honda and Nissan, they have not enjoyed the same level of success with their luxury brands at home as they have in overseas markets. Infiniti sold a total of 174,000 cars last year, of which nearly 70% were sold in the USA. However, Nissan is being seen as quite aggressive throughout all global markets and is very much attempting to regain their market share, while also trying to win new customers. Infiniti has a target sales of 500,000 units globally to reach in the next few years, which of course is a big increase. Presently, they seem to see themselves in a nose to nose fight with the big German luxury brands. Maybe this is why Infiniti has perhaps the hottest motorsports property, who just happens to be German, as their brand ambassador. Coincidence? We think not!

General Motors With Its Gee-whiz Cars