Proton CEO to Resign; Could it be a Chinese Takeover? 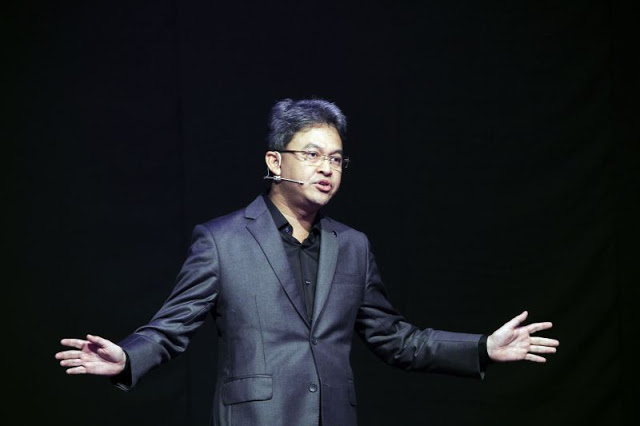 Since China’s Zhejiang Geely Holding signed a deal in June to buy over a 49.9% stake in Proton, for RM460.3 million, rumours have been rife that a foreign Chinese would be appointed to take over the role as CEO, a rumour that DRB-Hicom shot down then.

But if the smoke is not imaginary, then the fire comes in the form of Li Chunrong (below), who joined Geely in August after leaving Dongfeng Honda. His appointment was reportedly to oversee Proton’s operations, according to China’s automotive news portal, Automotive Review.

Of course neither DRB-Hicom nor Geely made any comment on the speculation then. They were still finalising the details of the acquisition and solidifying a business plan moving forward, they claimed, before considering any management change. But now that the announcement of Ahmad Fuaad’s upcoming departure has been made with no further information on who would be replacing him, Li’s name is being bounced around again as the most likely candidate.

This follows DRB-Hicom announcement to Bursa Malaysia two days ago that Geely will be nominating a candidate for CEO of Perusahaan Otomobil Nasional Sdn Bhd, the Proton Group’s production arm.

Back when news broke that Proton would become partially Geely-owned, there was outcry from some parties that the national car brand would no longer be truly Malaysian, whatever that means. The truth is that without a cash-rich partner, Proton, which was hemorrhaging money, would have eventually reach a sad demise without a rich daddy. And there is no carmaker richer than a Chinese one nowadays.

In recent years, Chinese companies have been snapping up famous brands strongly associated with their countries of origin, the automotive ones being German’s Volvo and the London Taxi Company by Geely; British MG by SAIC; Italy’s Pirelli by China National Chemical Corporation, and recently there was speculation of a Chinese takeover of Fiat Chrylser by Great Wall Motors, although Fiat has tried to quell that rumour.

Malaysia’s International Trade and Industry Minister, Datuk Seri Mustapa Mohamed, has been quoted by local news media as saying that the government would not have any issue with having a foreigner helming our national car brand, if it can still be called that. As we have quoted before: “it doesn’t matter if it’s a white cat or a black cat…as long as it catches mice, it is a good cat”

China announces an End to Fossil Fuel in Cars...or Did They?

How to Ride Safely with Uber or Grab

More in featured
A “Car” the Size of a Laptop – The Must-Have Personal Mobility Device in a Socially Distanced World?
August 21, 2020