Production Resumes For The Black Cab 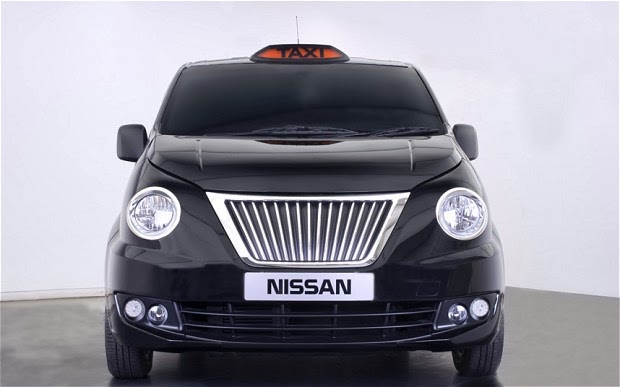 Production of the iconic London Taxi has resumed in Coventry, England after a short hiatus. Manufacturing activity at the factory owned by Manganese Bronze halted in October 2012 after a recall due to a steering box malfunction, forcing the cash-strapped Midlands manufacturing company into administration. Many thought that this would be the last we would see of a small volume, almost boutique manufacturer such as Manganese Bronze, but Chinese volume car manufacturer, Geely, snapped up the troubled company in January of 2012 for a snip at GBP11.4 million.

At the time, Pricewaterhouse Coopers said that the deal would safeguard production at the Coventry site. This was followed by an announcement from Geely that the priority would be to re-establish the manufacturing, sales and servicing of current and new vehicles on “broadly the same basis” as before the company went into administration. This will include the continued assembly of the TX4 in the right hand drive format, whilst it is thought that the left hand drive version will go to the Shanghai plant.

The London Taxi Company has manufactured the iconic cabs for over 60 years, churning out about 130 000 units in that time, which is not a lot by any stretch of the imagination and can be seen as a drop in the ocean compared to the volume that Geely can produce in just one year alone. Neither is LTC a massive employer with just 179 staff shortly prior to being placed into administration and currently just 77 being employed to service and repair existing vehicles.

Even with these modest numbers, when news of the Chinese take-over reached the local Member of Parliament for Coventry South, RH Jim Cunningham, he put down an Early Day Motion calling for production to remain in the city. Peter Johansen, VP of Geely’s Black Cab Operation, said, “It makes no sense to buy such an iconic marque and then to move it. Customers are already responding to us being back in business. We’ve taken orders for 200 vehicles from Saudi Arabia and another 200 vehicles from Australia.” Johansen’s optimism was echoed by Li Shufu of Zhejiang Geely Holding Group, who said that they had ambitious plans for the business and would build a “solid future” for the company.

The London Taxi Company has got to move fast and introduce new models as during the production hiatus, competitors such as Nissan have been actively developing alternatives with benefits such as added fuel economy. Although, as they are now a part of a major Chinese group, it is thought that the added financial muscle and access to previously out of reach markets should stand them in good stead to take on the competition.

The look of the London Cab is as familiar on the streets as the double-decker bus with traditionally just the one company supplying the market. But when the LTC stopped manufacturing, an alternative was sought and Nissan, amongst others, has tried to meet the challenge with a reworked version of its Spanish-built NV200 van, which has been redesigned in London for the London market.

Although the NV200 is already on the streets of Tokyo and New York, they seem to be desperate to do well in London after their USD50 million dollar plan to be the exclusive supplier in New York fell through last year with a loss of at least 25 000 units of sales per year. Nissan plans to sell some 130 000 of the new cabs annually, which is of course almost as many as LTC has produced in almost 60 years. The first model will be a petrol-powered version which may be a mistake as the current market is dominated by the less thirsty diesel models, but Nissan is promising that their cabs will be more fuel efficient, produce less emissions and will be augmented with an electric version next year.

Currently there are some 22 500 licensed cabs in London of which about 20 500 are LTC TX4s and the balance is made up of the Mercedes-Benz Vito. Price-wise, the TX4 sells for GBP32 000 and the Vito for GBP42 000, but the Nissan NV200 has the lowest cost of the 3 at GBP30 000. Steve McNamara, the General Secretary of the London Taxi Drivers Association, said, “If it comes at that price, I would expect it to take up to 25% of the market in the first year and more in subsequent years.”