Police Gets The New Lamborghini Huracán 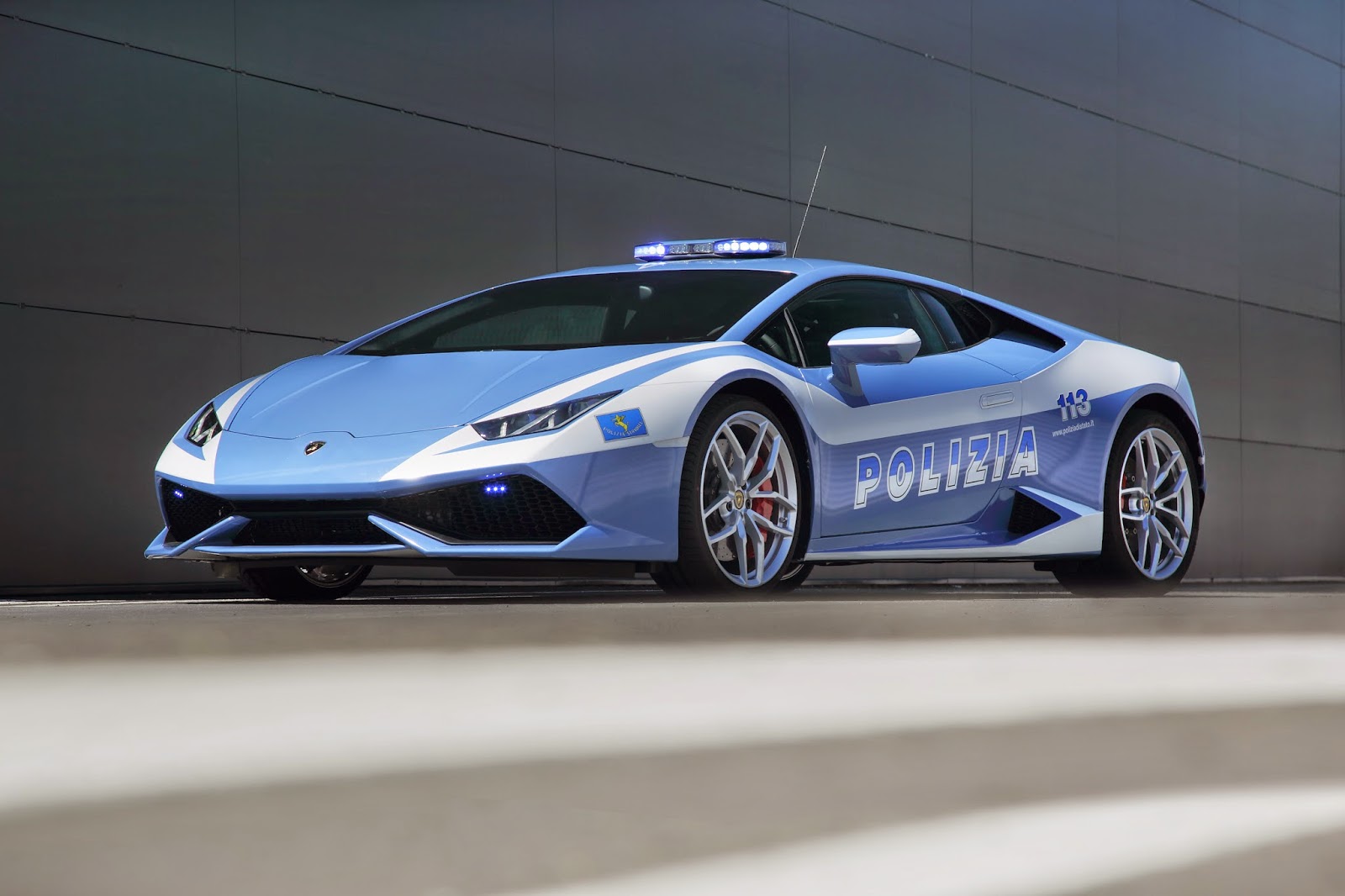 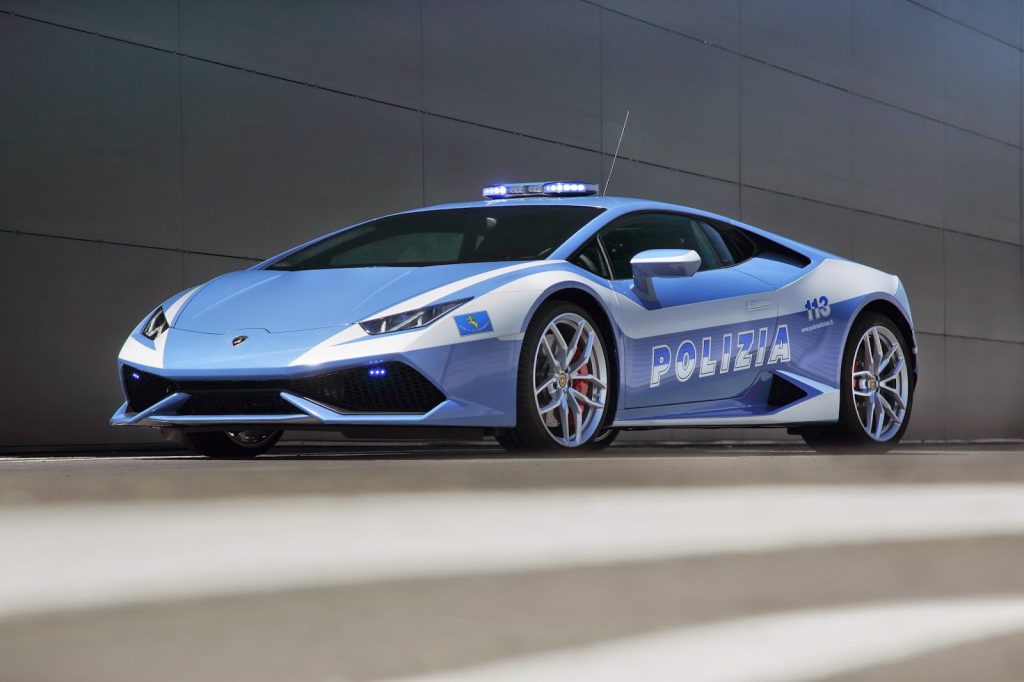 Lamborghini has just donated the all-new Lamborghini Huracán LP610-4 to the Italian State Police and we are damn sure that the new Italian police car will be causing fights between the traffic cops, who want to drive it, that is. Pictured above is the Huracán that has been given to replace the now outdated Gallardo LP 560-4’s that the police had been using.

The rather swanky vehicle was handed over to the head of the Italian State Police during a ceremony presided over by Stephen Winkelmann, CEO and President of Lamborghini, at the Museum of History Vehicles where the car will ultimately end up one day.

The donated car is the third generation of Lambo’s in police use in Italy. This new generation replaces the Italian State Police’s blue-and-white Gallardo’s and features a 5.2-litre V10 engine producing 610hp, good for a maximum pursuit speed of 202mph. The Huracán is expected to have trouble-free everyday operations and exceptional safety with the all-wheel drive system. The chassis is an aluminium-carbon fiber hybrid that is said to maintain stability even at high speed.

This, however, is no mere Huracán – if there could ever be such a thing as a mere Huracán. The Police edition’s cabin features a gun holster and, of course, the requisite radio gear along with an advanced GPS-linked camera system that transmits location and live video to the police HQ. The front cargo compartment has been converted into a refrigerator, simply because a 200mph supercar makes the perfect transporter for donor organs (guys, so does a helicopter). 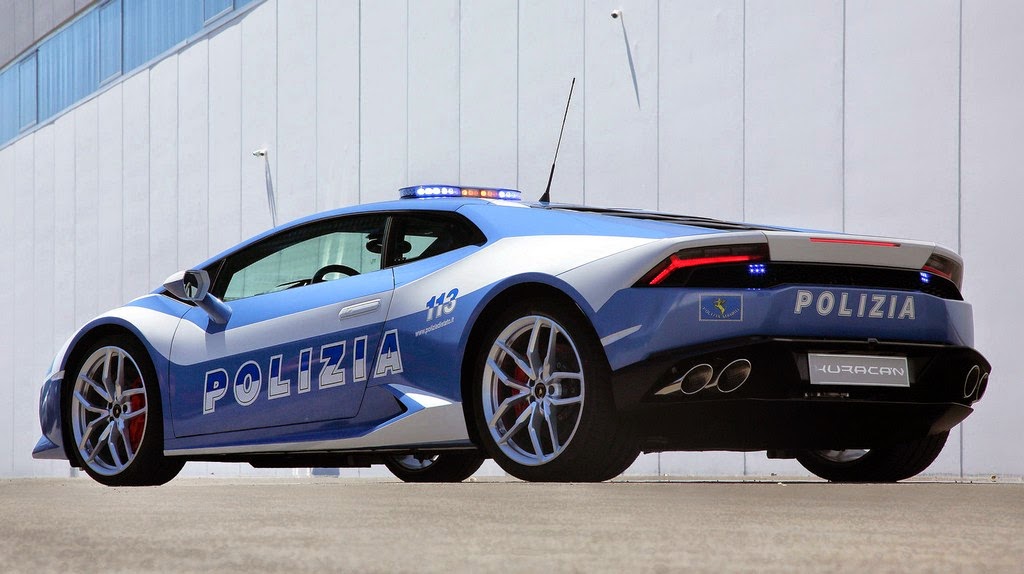 The new Hurácan has the ‘blu Polizia’ colour scheme and if this fails to deter criminals, it has also been fitted with automatic number plate recognition and tracking, complete with real-time image transmission to local control rooms for stolen vehicle checks. Even the police beacon has been given the Lamborghini treatment, having been aerodynamically optimised to cope with the higher top speed possible with the Huracán.