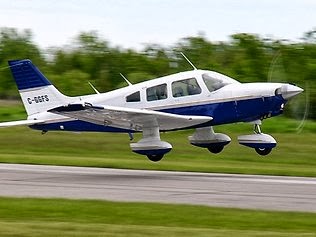 Major airports across Australia are charging more for car parking than plane parking. Last year, New.com.au discovered that a domestic return fare can be half that of the parking fee. At the Adelaide and Brisbane airports, if you land in a private light plane, you would only pay, respectively, USD15.34 (fixed price) and USD33 onwards according to the plane’s maximum take-off weight (MTOW). However, if you had driven in in a car, the parking rates are USD30 and USD50 a day at the short-term car park. More good news for private plane passengers – it’s free for the first two hours – great for quickie visits to these two cities. Of course there are other fees involved in landing a plane there: Adelaide Airport imposes a general aviation free of AUD41.15 minimum, according to the MTOW; at Brisbane Airport, there is a AUD60 minimum landing fee and AUD1.13 security fee, and a surcharge fee for peak hour landing of AUD150, between 7.00am – 10.00am and 4.00pm-7.00pm.

At Perth Airport, the charges for plane and car are almost similar: AUD38 for short-term car parking and AUD36.27 for a light plane bay, except the latter need to pay a landing fee of AUD 9.146 per tonne MTOW. At Darwin Airport, however, plane parking is only AUD2.85 per tonne MTOW, which means that parking a Piper PA-28 Cherokee jet only incurs an economical sum of AUD2.75; the car parking fee, on the other hand, is 7 times more. The Cherokee, however, do have to pay a landing fee of AUD21.

Light planes do not enjoy such low fees at the Sydney, Melbourne and Hobart airports. It costs a flat parking rate of AUD110 and runway charge of AUD4.88 a day for light planes at Sydney Airport, but only AUD56 for cars. At the Bankstown Airport, cars park for free while planes are charged AUD15.12 per tonne MTOW per day.

At Melbourne Airport, planes pay a AUD150 landing fee, but parking for below one and a half hours is free. After that, the fee of AUD40 per 15 minutes begins accumulating. The car park costs only AUD55 for the day.

Cars are only charged AUD15 at the Hobart Airport, but planes are charged AUD40 or AUD16 per tonne MTOW, whichever is higher. The first 12 hours of plane parking is waived, but AUD20 fee applies after that for the rest of the day.

While an eye on the country’s major airports’ service rates is kept by the ACCC, they still have a rather free hand in determining them.

More in featured
How Much Would You Pay For a License Plate?
June 22, 2020