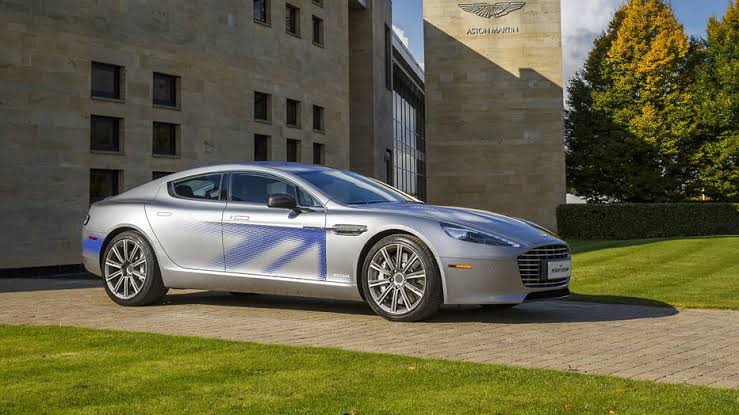 Yes, there will be yet another James Bond film (slated for an April 2020 release) and yes, he will once again be seen driving an Aston Martin. But instead of a gas-guzzling beast, he could be zipping around in an electric one.

The Sun reported that the Bond-of-the-moment, Daniel Craig, could be seen behind the wheel of Aston’s first electric car, the Rapide E (pictured above), in the next installment of the spy series. Is that including or excluding the number of Rapide Es that will be destroyed in the making of Shatterhand…no, Eclipse, or whatever the next Bond movie is called.

Top 10 Movie Cars of all time.

According to the British newspaper, which was quoting “an insider”, it was an initiative by the film’s director, Cary Joji Fukunaga, who is a “total tree-hugger”. Apparently, Craig and the movie’s producers were supportive of the idea.

The Rapide E’s powertrain comprises an 800-volt battery architecture with a 65kWh capacity that can produce an impressive 602 bhp. The 701 lb-ft of torque will propel the electric monster from standstill to 62 mph in less than 4 seconds, and does 50 to 70 mph in just 1.5 seconds. Top speed is 155 mph.

All these sound like they fit the criteria of a car in a Bond car chase scene…as long as it doesn’t last longer than 200 miles. Because Bond would then have to stop at the nearest electric charging station and have several shaken martini whilst his car recharges.

How to Cool Your Car Down in Hot Weather