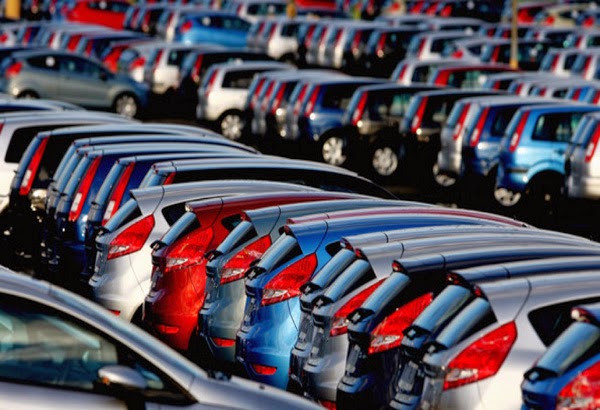 Back in the sixties, the Philippines was somewhat of an automotive manufacturing hub for the region; then, for various reasons, the hub shifted to neighbouring countries, and the Philippines has been trudging behind Thailand, Indonesia and Malaysia in auto production and sales. But the country has been revving up to revitalise the industry, eager to capitalise on its increasing disposable income and large available workforce.

The Philippine government’s Department of Trade and Industry (DTI) has finally laid down concrete, but rather ambitious, goals to revive the country’s automotive industry, after much delay and many discussions that began back in 2012. If realised, the country can reduce US$17 billion in foreign exchange over a five-year period…that is if all cars sold locally are also made locally. The savings were supposedly tabulated based on the import numbers of complete built up (CBU) units in 2013.

Presently, the Philippines has a production capacity of 200,000 vehicles annually, with only four car brands with manufacturing facilities there and about 272 companies dealing in auto parts and components. The industry employs an estimated 68,000 workers. Trade Assistant Secretary, Rafaelita Aldaba, who presented the roadmap last Friday, announced plans to increase production to 400,000 units per year by 2022, for both domestic consumption and the export market. The increased automotive production is estimated to more than triple the job opportunities to 200,000 to 300,000 jobs for skilled and highly-skilled workers. The newly announced roadmap also includes relatively lofty sales goals of 500,000 units by 2022, 80% of which to be manufactured domestically.

To achieve those ambitious goals, the government is laying out policies and incentives that would make the market more conducive for locally-manufactured vehicles to sell. Aldaba said, “We will revise the existing incentive package and put in place incentives that would close the competitiveness gap to rebuild the domestic market.”

The incentives would focus on encouraging investments in critical vehicle body and spare parts that are not yet produced locally. The industry already manufactures basic parts like air filters, brake systems, ignitions, tyres and the likes. The move would bridge the manufacturing cost gap, which is somewhere between US$1,500 to 2000 more than in Thailand. Aldaba also predicts that technology transfer and new manufacturing facilities would reduce imported content from 70% to 40%.

The much anticipated roadmap has been seen as a saviour for country’s auto industry and is expected to increase the industry’s contribution to the GDP to at least 2.2%. Presently, the country lags behind with only 79,169 units manufactured last year, overshadowed by what in comparison are staggering numbers of 2.46 million units from Thailand and 1.21 million units from Indonesia. Even if the Philippine auto roadmap does not go awry, the 400,000 could not rival the numbers that these two neighbours are churning out; yet, without it, local production could be expected to dwindle to only 50,000 units. “(If) this happens, everything else will be imported,” Aldaba said.