Petronas FP1 Superbike Back on Sale 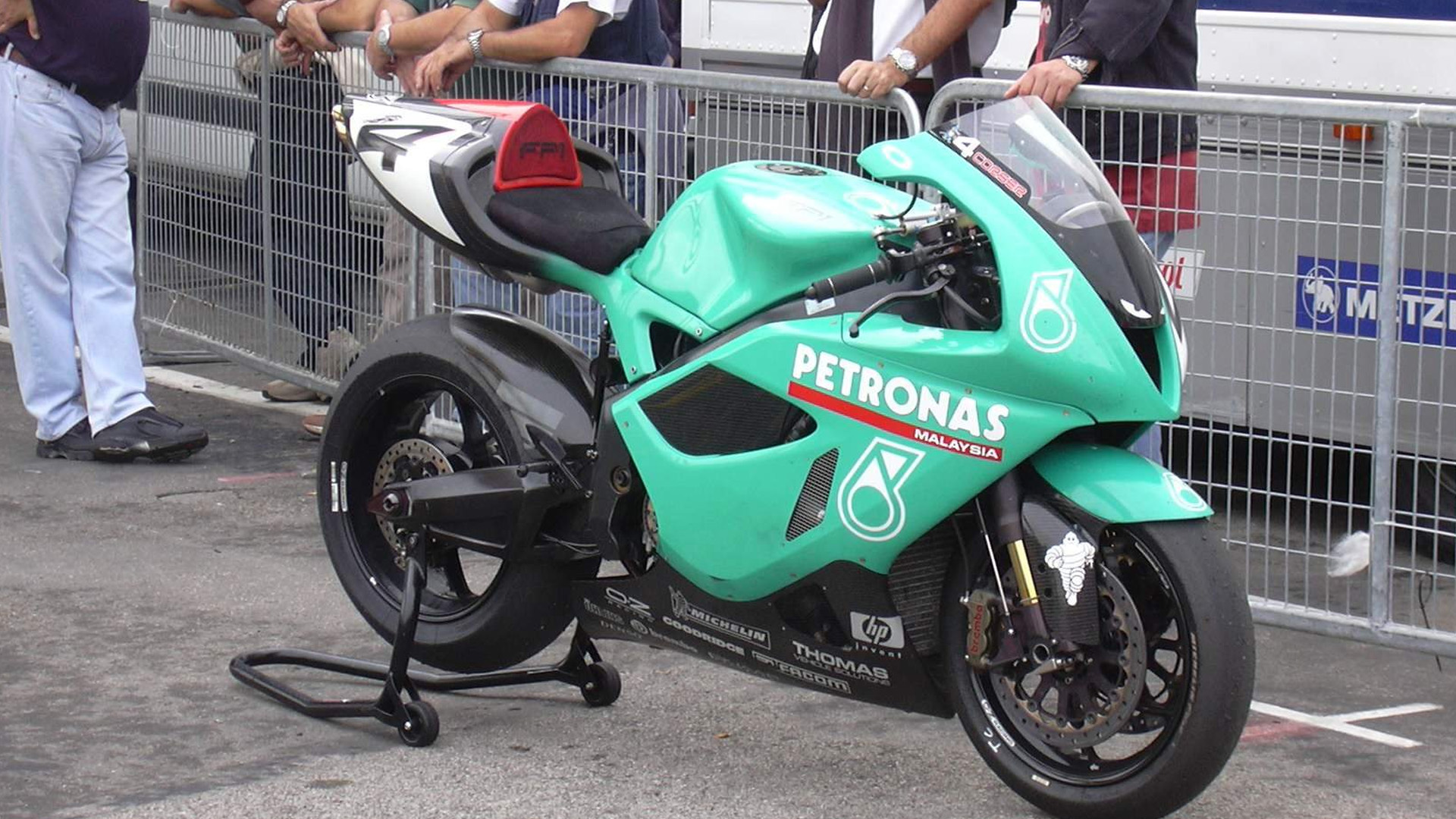 Remember the bluish-green Petronas FP1 (better known as the Foggy-Petronas FP1) superbike in the early 2000s? Well, British bike mag Motor Cycle News came upon a cache of 60 of them in a bunker in Essex, England in 2010. Now, the British sportscar restorer and seller, Lazante Motorsports, is restoring them to their former glory and offering them at a little over £25,000 a pop.

Foggy Petronas FP1 World Super bikes. A rare two wheeled project we are working on with @andy74b. All bikes being put into full working order and made available with all spare parts backup. #lanzante #fp1 #wsbk #carlfogarty #petronas #roadlegal #2wheels, images by @gilesrozier17

The FP1 project was developed as a joint venture between the Malaysian national petroleum giant, Petronas, and its Sauber Petronas F1 ally. The plan called for 150 units to be built. MSX International completed 75 units by January 2003, while the balance of 75 units was supposed to be assembled by Modenas, Malaysia’s national motorcycle maker, by July 2003. 100 were earmarked for public availability and 50 for racing.

The initial 75 units passed homologation for the 2003 World Superbike Championship (WSBK). However, they were developed on the older WSBK formula. Since the engine is a triple (3-cylinders), its maximum capacity was capped at 900cc. It produced 127 bhp and 67.8 lb. ft. of torque, while weighing only 181 kg.

Petronas had contracted the four-time WSBK champion, Carl “Foggy” Fogarty, as the team manager, and Troy Corser and James Haydon as the riders for 2003. Chris Walker replaced Haydon from the 2004 season. 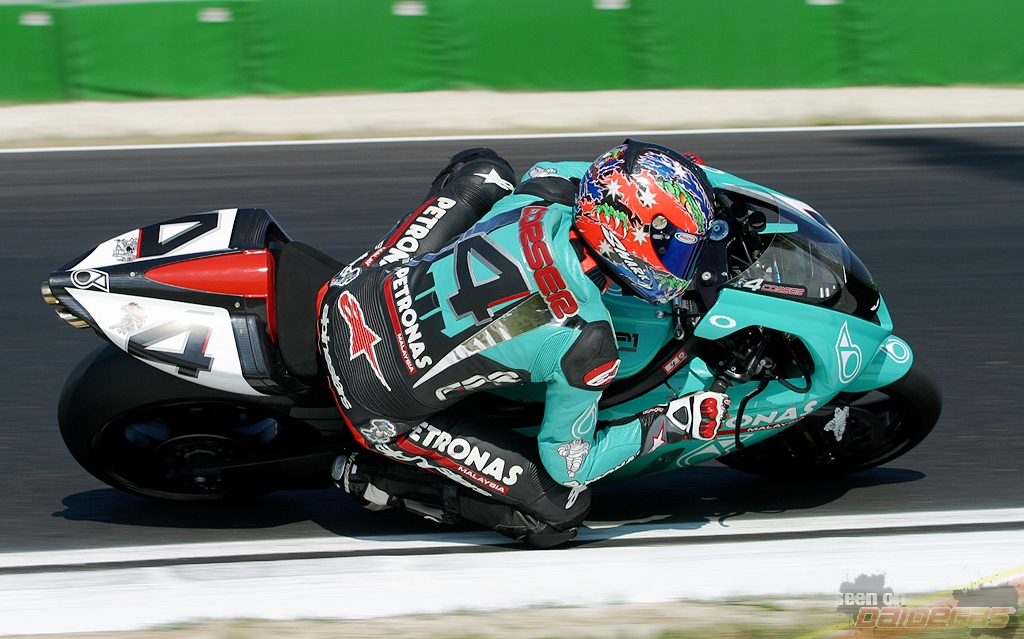 But then the production stage seemed to had gotten unglued and almost none of the bikes were imported into Malaysia or sold in other countries. Indeed, the batch that MCN stumbled upon were meant for the Malaysian market.

A Malaysian motorcycle distributor, Momoto, had purchased those 60 bikes plus another 69 derelict FP1s in 2012 to rebrand them as the “Momoto MM1”. It was at this time that it discovered that Petronas did not settle the payments for importation i.e. Approved Permits (AP), Customs and excise duties. It resulted in the Malaysian Customs seizing all 129 bikes. 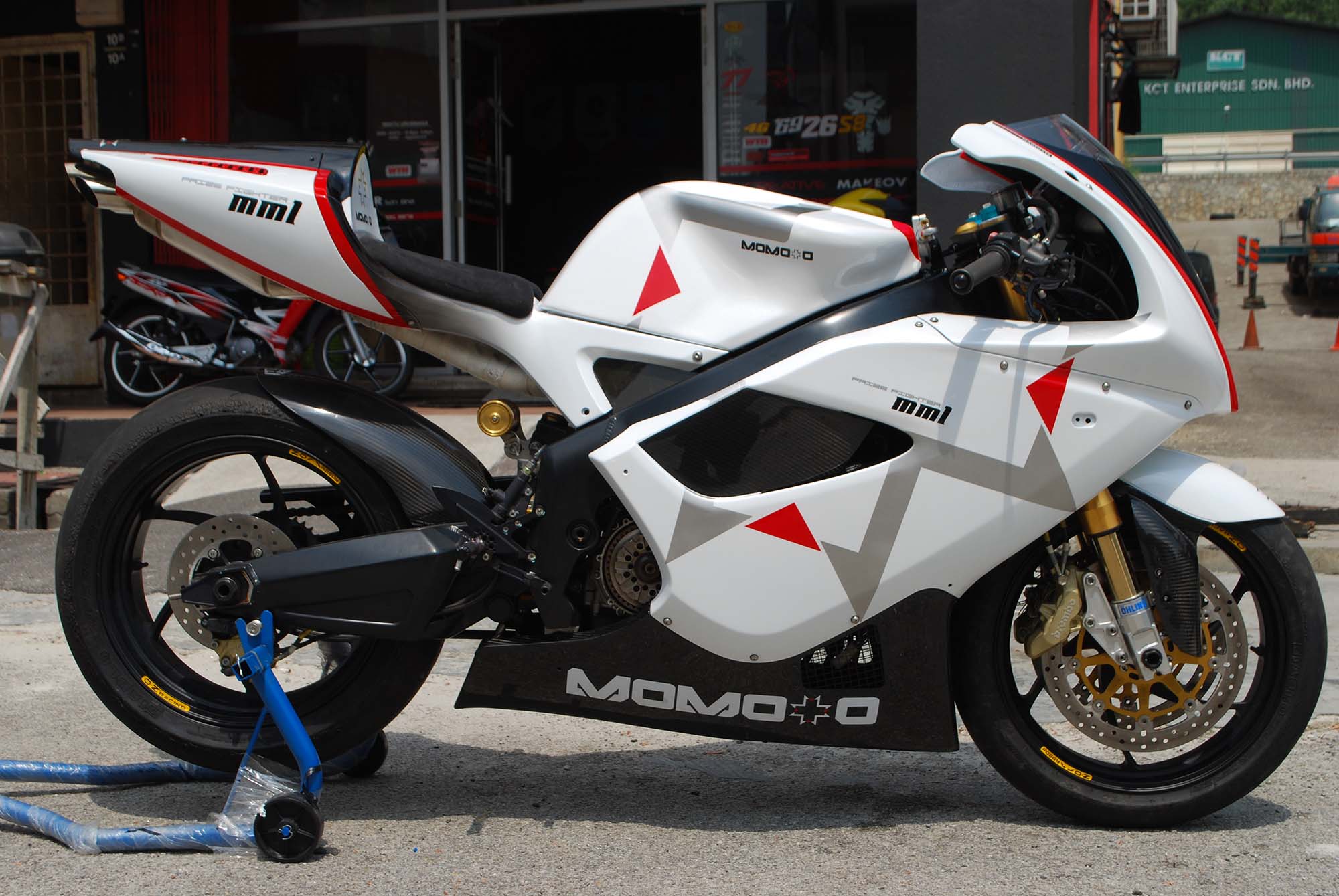 Momoto sued Petronas for USD 83 million in 2012. There is no news of the trial’s outcome since.

However, since Lazante Motorsports is now selling the bikes, we wonder what Momoto and Petronas would have to say about this.

These Glasses Cure Motion Sickness. But They Make You Look Like a Nutter

More in whysoserious
5 Strategies to Find an Empty Parking Spot. Which One’s Yours?
May 1, 2018