Perodua to focus on Aftersales and Used Cars in 2017 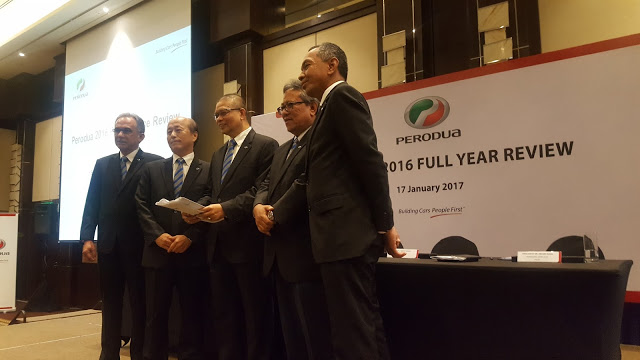 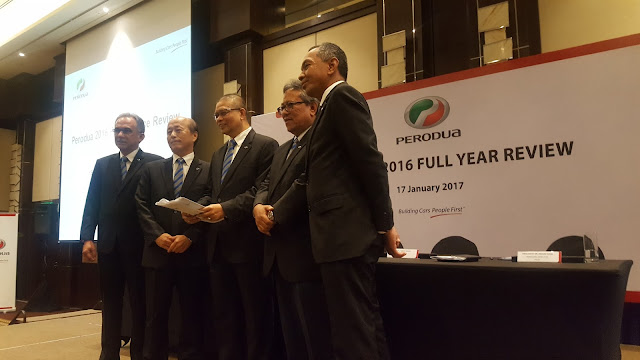 Perodua wrapped up 2016 with the largest market share of 35.7%* in its history, a pleasant surprise even to the best-selling automaker in Malaysia. Despite challenging economic conditions and a contracted market last year, Perodua registered sales of over 200,000 vehicles, thanks in no small part to the Bezza sedan, which sold over 36,000 units even though it was launched only in July.

Read also: Will Perodua Bezza be the end of the (Proton) Saga?

Moving forward, Perodua will continue to have conservative targets as the industry becomes increasingly competitive and the ringgit continues to be as weak as water. At the Perodua 2016 Review media conference earlier today, Datuk Aminar, its President & CEO, said that there is no plan to review its prices, despite some of its parts and components being traded in the US Dollar and Japanese Yen. Due to a large percentage of locally sourced components used in Perodua cars, the automaker will continue to absorb the additional costs…for now. Even so, the imported components are “precision parts” that cannot be manufactured locally; although Aminar remained mum regarding the total cost of local versus imported parts, we assume the latter to be quite significant.

Still, Perodua doesn’t seem to have to worry much in the year to come. Besides just selling cars, they have branched out into other aspects of the automotive business that are sure to keep them afloat, and then some.

We’ve written time and again that aftersales service will be where the big bucks flow, and Perodua agrees. The company’s Customer Service Index increased by one point in 2016, to #8; it translates to increased revenue from aftersales service by 14%, to RM682 million in 2016, and also revenue increase of 7% from parts and accessories sales, to a total of RM266 million. It appears that Perodua car owners are choosing to return to first-party car workshops, rather than those operated by any Ali, Muthu or Ah Kau (translation: Tom, Dick and Harry), which in the past used to be perceived as better value for money. If Perodua hits its ambitious target CSI of #5, more car owners will only follow suit.

Perhaps the company’s most interesting pursuit next year will be Perodua’s used car retail business, which Aminar says will finally come to fruition sometime this year, after the company has finally settled on a suitable location. To boost sales of its models, Perodua has been accepting trade-in of cars of any models or brands, and the company can now relinquish them via the secondhand car business.

Not forgetting that Perodua is manufacturing replacement car parts via its Gear Up division, as well as engine and transmission for all its models plus one worst-kept-secret OEM customer, Perodua appears to have its hands in the entire car manufacturing value chain.

Although the automaker is adopting a cautious and conservative outlook for 2017, we think it is safe to say that it will continue to be a very good year for Perodua.

*estimated, pending actual TVI numbers. It is estimated that the TIV has dropped by 13% to below 600,000 vehicles, the first time in seven years. Bad news for all car makers.

Tesla Launches the Ludicrous Plus Mode to battle the Faraday