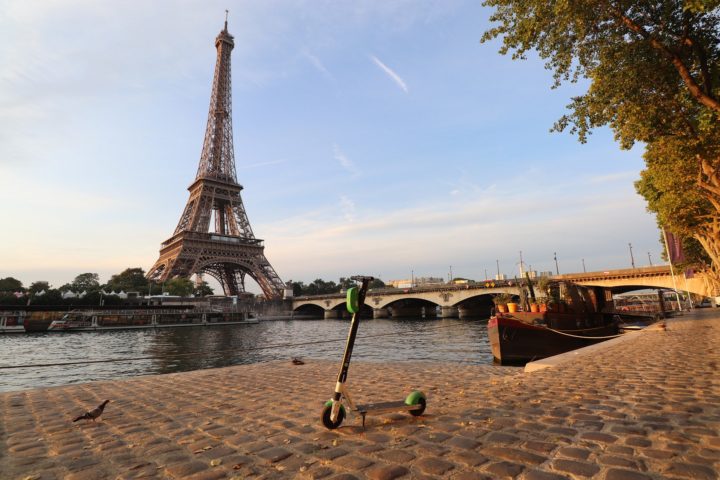 Electric scooters entering many parts of the French capital will automatically slow down to just a bit faster than walking. The new rule was enforced last week as a result of the death of a woman who was hit by a scooter while in a pedestrian area last June.

Following the fatal accident, the authorities put pressure on the three e-scooter rental operators –  Dott, Tier and Lime – to enforce speed limits on their electric scooters as well as proper parking of the vehicles, instead of abandoning them on streets and pavements when the users were done with them. Operators that did not comply would not be able to renew their license.

The rental companies will now track the scooters’ geo-location in real-time and the micro-mobility vehicle will be capped at a speed of 10 kph – half of their usual top speed – when found to be in any of the 700 areas that have been identified to have high pedestrian traffic, including tourist attractions such as the Lourve and the Eiffel Tower.

Users will also be required to take a picture as evidence that they had dropped the scooter off at designated areas, and a joint task force will pick up the remainder that had been left on the street.

Personal scooter sales saw a surge during the pandemic as people shied away from public transport. Many countries have been slow to introduce regulations to govern this increasingly popular mode of transport. In France, after a number of rider fatalities, new laws were introduced to limit the speed and age of the rider (ages 12 and above). In Germany, riders actually need a moped license to ride the e-scooter. In London, it is illegal to use a private e-scooter but that hasn’t stopped people from buying them online.

Here in Malaysia, the rules are decidedly laxer and some would say illogical. While it is illegal to ride an e-scooter on the road and it is punishable with an RM300 fine for the first offence and RM1,000 fine or 3 months in jail for the second, it is permitted in playgrounds, shopping malls and pedestrian walkways…places that are full of people and pedestrians.

You might not want to ride a scooter here even if it’s legal.