North Korea To Get A Car Plant 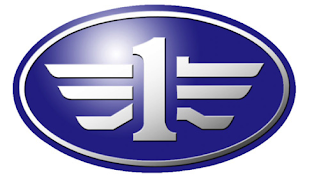 North Korea and strange news seem to go together. In fact, we are more familiar with bad news such as famines, shortages, plagues, lack of skilled labour and human rights abuses. Rarely do any positive news come from the country once labelled as one of the Axis of Evil by the US government.
However, FAW of China has recently announced the signing of a Memorandum of Understanding to build a car plant in North Eastern North Korea. FAW, which is generally ranked as the second largest car manufacturer in China, plans to build a state-of-the-art factory to produce, amongst other things, passenger vehicles in the North Eastern Korea province of Rason. This area borders both Russia and, perhaps more importantly, China’s Jilin province.
The news that FAW has signed an MOU becomes even stranger when you consider that it is all but illegal to own a private car in North Korea and, of course, the quality of North Korea exports is notoriously poor. Still, it is believed that FAW is banking on the cost savings it will enjoy by utilising cheap labour in North Korea to manufacture cars for both China and neighbouring Russia; the close proximity to the FAW HQ will help them overcome any QC issues.
FAW was founded in 1953 as the First Auto Works in Jilin’s central city of Chengchun, which nestles next to North East Korea and the Rason region where the new car plant is to be situated. This is where the car manufacturer’s HQ and most of their plants are still located. In the first half of 2013, FAW produced 1.4 million vehicles, many of which in joint ventures with the likes of Volkswagen, Mazda, Toyota and General Motors. FAW also manufactures a number of its own brands, such as FAW Hongqi and Hai Ma.
There are no details on the scale of the investment nor on the ownership. However, this is seen as a boost to the North Korean auto industry after the earlier announcement that Pyeonghwa, the engine and car manufacturing plant at Nampo originally started by the Reverent Sun Myung Moon of South Korea Unification Church, was to close.

Every Silver Lining Has A Cloud!

More in featured
When Waze and Google Maps Get Drivers Stranded in Malaysia
November 1, 2020