No Steering Wheel, No Pedals! What Car Is This?! 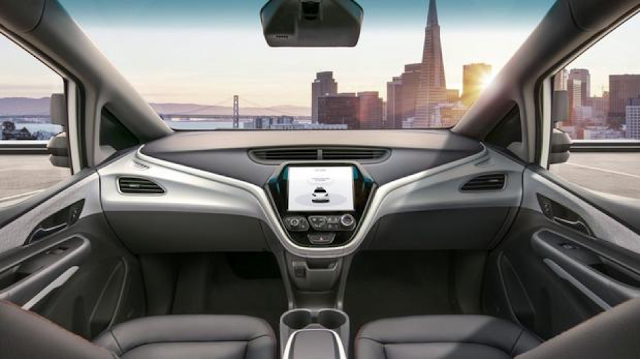 Autonomous driving tech has dialled up another notch with General Motors revealing its autonomous car that doesn’t have a steering wheel nor brakes, not even an accelerator pedal! The Detroit-based automaker, the world’s second largest, plans to build its first commercial ride-sharing fleet in 2019 with the Cruise AV.

President Dan Ammann said the company has filed for government approval to deploy the “first production-ready vehicle designed from the start without a steering wheel, pedals or other unnecessary manual controls.” (Really? Nothing at all?)

It is not simple to produce a driverless car and have it rolled out onto the streets. An automaker has to get the green light from regulators as well. To enable the deployment of the Cruise AV, 16 waivers for existing vehicle safety rules have to be made, like the steering wheel airbag requirement, because there isn’t a steering wheel in which to put the said airbag in…

The car is equipped with self-driving software and hardware which includes 21 radars, 16 cameras and five lidars. These sensing devices use laser light to “see” nearby objects and obstacles.

The potential for revenue generation, from e-commerce to selling infotainment to customers in these vehicles, is one of the reasons GM wants to have control of its self-driving fleet—it would be akin to having a candy jar without a seal. Compared to the US$30,000 that the automaker makes on average per car, this approach generates “several hundred thousands of dollars”, according to Ammann.

More in featured
New Toyota Philippines President is Commuter For A Day
March 2, 2020