Next Generation of Kids will Never Drive a Car 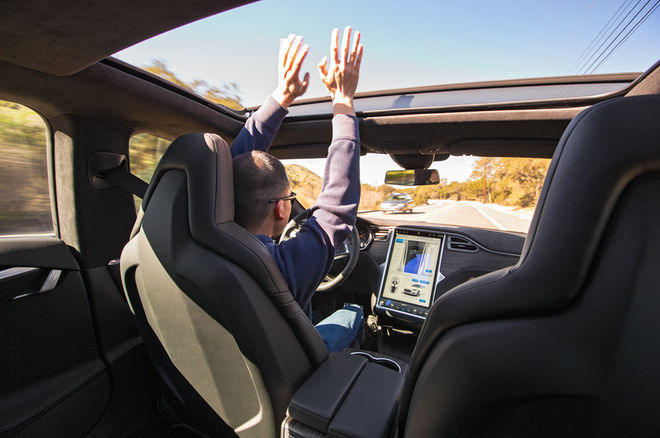 There have been so many predictions about the future of urban transportation over the past few years as new applications of technology constantly alter the possibilities for the future. Some say we will all be in electric cars, others in hydrogen; still others think that the good old internal combustion engine will not die without a fight. The latest prediction believes that babies born today will never know the joys of piloting a vehicle under their own control down some dark desert highway, whilst the cool wind plays wistfully with their hair. In other words, they will never drive a car, ever.

This latest piece of doom and gloom comes from Henrick Christensen who heads up the UC San Diego Contextual Robotics Institute and he is firmly of the belief that the likes of Ford and GM are only about five years away from offering fully autonomous cars to the market.

For older souls like myself, the thought of getting into a robotic car and being whisked to my destination fills me with a sense of foreboding bordering on outright terror. But in many ways, this sense that all is not well in the universe goes so much deeper than that. In days of yore, the passing of your driving test so you could gain the right to drive the family car on your own, to destinations unknown of by your parents, was a major rite of passage; a very definite growing up moment when you took control of your own life and could start to stand shoulder to shoulder with your parents. Well, at least until your first fender bender, that is.

Worse still, it is also very unlikely in 20 to 30 years time that personal car ownership will exist in the same way as it does today. The days of the car that sits parked for the majority of its time are seen to be numbered as Autonomous Mobility on Demand (AMOD) starts to become the dominant force. Rather than own a car, you will simply subscribe to an app-driven service; well, at least according to the likes of Elon Musk of Tesla fame and John Zimmer, co-founder of Uber’s rival, Lyft.

Of course the advantage of being productive during the daily commute or even catch up on some sleep or maybe some nookie (see Sex in Cars, the next Safety Hazard) rather than get stressed out would be advantageous. Also, imagine not having to search for a parking space – just get out of your car and tell it to come pick you up at five thirty, which would of course be pretty cool. But the concept of never having to personally pilot a vehicle is just so completely alien to old fogeys like me that I don’t think I will ever be completely comfortable with it.

Could going Nuclear be the way forward?