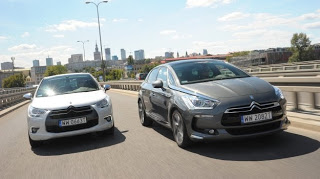 Watch out, Thailand! The French are coming.

Ampang (23rd August 2013) – The Naza Group has been reported to be at full throttle to expand the Citroen brand throughout the region this year and is aiming to complete the signing of exclusive distributorships in Thailand, Indonesia and Brunei by the second quarter of next year. It is thought that the agreements will be with local companies via joint ventures.

The French car company appointed Naza as its exclusive distributor in 2013 and the agreement has since been broadened to include other markets in South East Asia. The move is seen as Naza Group of Companies’ joint Group Executive Chairman, SM Nasarudin’s intention to expand Naza’s reach and raise its presence overseas. PSA Peugeot Citroen is said to be confident about the Naza Group’s ability to grow the Citroen brand in the region based on its good track record in developing the Peugeot brand in Malaysia, where they are responsible for the assembly of the Peugeot 208, 308, 408 and 508 models.

The privately owned Naza is also hoping to make inroads into India with one of its existing franchises. Naza Group started vehicle distribution in the late 1990s when it won a license from Kia Motors of Korea, followed by Peugeot in 2008 and Chevrolet in 2010. They also have some prestigious brands in the stable such as Ferrari, Maserati and Brabus along with some Mercedes Benz dealerships.