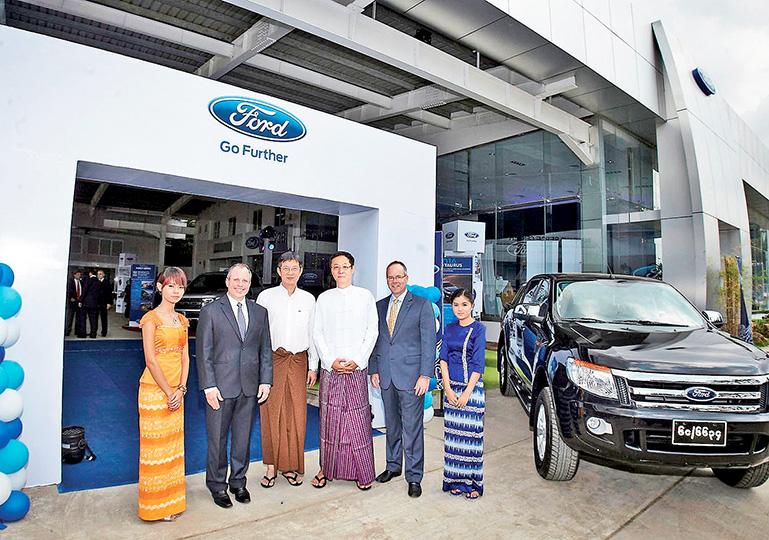 Now that Myanmar is gradually emerging from military oppression and opening up to foreign trade and investment, international businesses are rushing in feverishly, like a pack of wolves drawn to fresh meat.
For now, the country’s GDP per capita is a mere USD1400, lower than even North Korea and only 10% of neighbouring Thailand, the ‘Detroit of the East’. Still, the situation is expected to only get better.
Frost & Sullivan expects the automotive market to grow at a compound annual growth rate (CAGR) of 7.8% from 2013 to 2019, attributed to developing economy, infrastructure and increased income. As it assimilates with the other ASEAN countries, the automotive market is likely to achieve 95 300 units by 2019. Furthermore, the financial, banking and insurance sectors have been undergoing reforms, which would lead to a more conducive environment for businesses.
Presently, the market is dominated by 2 wheelers (80%), followed by passenger cars (11%), trucks (3%) and buses (1%). However, a significant young labour force means that there will be many who are eager to convert from 2 wheeled transportation to cars. The country boasts a population of 55 million people, one of the top 25 most populous nations.
Unstable regulations, augmented car prices and underdeveloped road infrastructure will make development somewhat unpredictable. The market is unexplored hence data about purchasing and consumer trends are non-existent. Nonetheless, many automakers are already carving inroads into the country.
In early October, Ford opened its first dealership in Myanmar, a 2600sqm facility in Yangon. The facility houses a 12 vehicle showroom and has a servicing capacity of 12 vehicles. Presently, the automaker’s Ranger, Explorer and Taurus models are already available in the market, and the range is expected to expand to all other Ford cars, trucks and SUVs, which will be imported from North America, Europe and Thailand. Ford has been experiencing enormous success in Asia Pacific, which is forecasted to contribute 60% to 70% of its global growth by 2020.
Mitsubishi edged itself into the country by first establishing a service outlet in Yangon in May 2013 to offer aftersales service for used Mitsubishi vehicles. Then, in October, it entered the new car market through a local company and will begin importing its L200 pickup truck from Thailand, while it establishes more sales outlets and aftersales network.
Singapore based Yoma Strategic will soon begin operating Volkswagen’s first service centre in Yangon in a non-exclusive partnership with VW. Yoma will provide repair and maintenance service for vehicles with the VW marque, including sale of genuine parts.
Myanmar may someday become a manufacturing rival for Thailand instead of just importing cars for domestic use. Other automakers are already making bolder moves by jumping into auto manufacturing in the country. Suzuki will reopen a shuttered production plant, which has already received government approval.
Nissan announced that it will begin manufacturing 10 000 units of the compact Nissan Sunny per annum, starting from 2015. Together with its regional partner, the Tan Chong Group, they will build an 80 acre industrial complex which will be the largest automobile manufacturing site in the country.
Malaysia’s APM Automotive has recently received a 50 year renewable permit from the Myanmar Investment Commission to manufacture and market automotive parts and modules in Bago Regio. The initial investment for the first 3 years is estimated to be USD9 million.