Move over, Toyota. You’re being tailed. 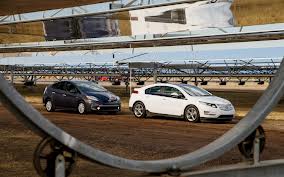 Indonesia, being the largest economy in South East Asia and having a voracious domestic demand, has global car manufacturers clamouring for a piece of the pie. More than a million cars were sold in 2012 and the tally for 2013 is expected to exceed that already gargantuan number. In the first five months of the year, car sales had already reached 497,670 vehicles.

Thus far, the market has been a playground for Japanese car brands. Since entering the Indonesian market forty years ago, Toyota has succeeded in building a stronghold by monopolising 54% of the market share. Together with Toyota Affiliate, they have already established 450 dealerships nationwide. But it’s no wonder that Western car manufacturers are getting ready to battle for the growing pie.

General Motors had an earlier foothold in the country, but presently has only set up 34 dealerships in the 75 years that they had been there, which is less than 1% of the market share. GM has been unsuccessful in coming up with the right vehicle to suit the Indonesian people’s demands, and it’s only claim to local fame are simple “people-mover” vans as represented by the Kijang. However, GM recently launched Chevrolet Spin which lead to the reopening of a shuttered assembly plant. So far, sales has been extremely promising with 1494 units sold in July. They aim to acquire ten per cent of the market share in ten years time.

Toyota has not been oblivious to the changes in the market. Not only is GM on their tail, the Volkswagen Group, which has been rapidly expanding in South East Asia, has announced their investment plan for Indonesia worth 200 million Euros. The plan entails a new manufacturing plant in Cikampek, West Java. At this time, no information has been released as to the plant’s capacity nor the type of vehicle that it will be churning out.

The uncertainty is all the more worrisome to the dominant car manufacturers. Toyota have gone to the extent of making their dealers sign Loyalty pledges. Desperate times call for desperate measures.