Miss Airplane Food? You Can Still Have It If You Are In Singapore… 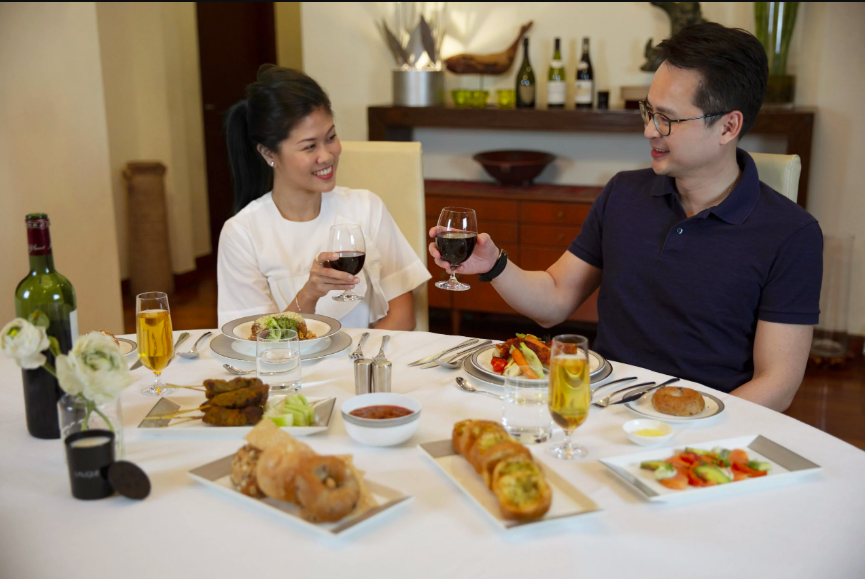 A few months ago, we wrote about companies taking advantage of “wanderlusting” people by offering mock flights paired with virtual reality to the destination of their choice. Now, some eight months since COVID-19 became a global pandemic, the problem is more than just travellers wanting to scratch an itch. Airlines around the world, some once thought to be too big to fall, have disappeared or are on the verge of bankruptcy.

Like any other business adversely affected by the pandemic, they have had to diversify to tide them over until the situation recovers. Singapore Airlines, which arguably offers one of the better airline meals, has branched out into the food business, in a manner of speaking. For the two last weekends, passengers could reminisce about in-flight dining whilst seated (physically distanced, of course) in a grounded airplane and served meals designed by renowned chefs and served by smiling (behind their mask) air stewards. 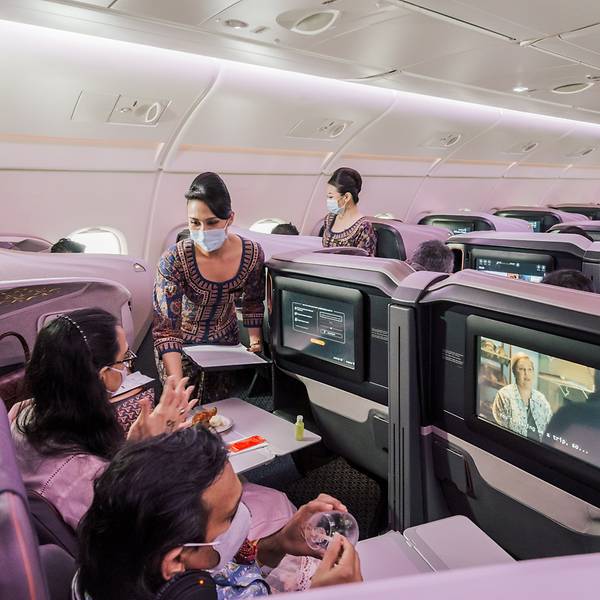 The Restaurant A380 experience, as the airline calls it, could be had for between SGD53.20 and SGD642, depending on the cabin class. The menu selection included a special Peranakan meal designed by Shermay Lee, the late Prime Minister Lee Kuan Yew’s niece. People must really miss eating airline food in a cramped seat, for reservations for the first two seatings were sold out within 30 minutes of them becoming available.

For those who do not miss the cabin environment but still have a hankering for airline food (but why?), Singapore Airlines also launched the [email protected] initiative that delivers First or Business Class dining packages to homes. The dining packages for two are priced from SGD276 to SGD95 and the meals are based on “destinations”, ie. Paris, Sydney, Tokyo and Delhi. They come with the airline’s amenity kits as well as the Narumi tableware used to serve the meals in-flight, if you order the all-inclusive package – of course, if you opt for the basic packages, you’d have to eat the food off your own shoddy, chipped plates. More than 500 of these home delivery dining packages have already been sold.

These are all of course short-term initiatives to cushion the impact of the pandemic until the airline can get back into the skies. Singapore Airlines suffered a SGD1.12 billion net loss in the first quarter of 2020 and has announced that they are laying off 4,300 employees. Experts say, though, that it won’t be for another two or three years at least before air travel starts to return to pre-COVID-19 days.