Miniature Bus Takes to the Streets of London 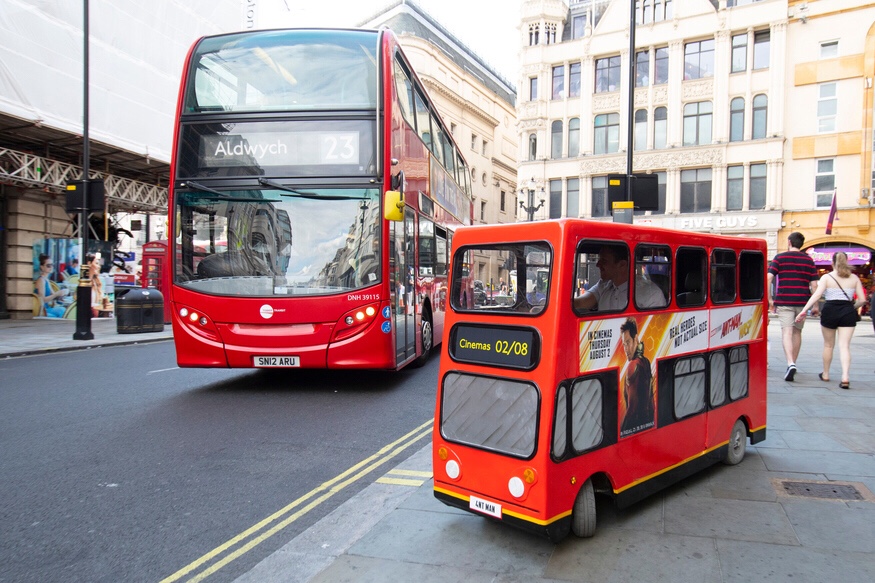 A fully driveable but miniaturised double decker bus has been seen plying the streets of the UK’s capital this week.

Capable of carrying just two people, including the driver that is, the bus is fully driveable and based on a two-person mobility scooter with a top speed of 8 miles per hour. So, about as fast as a regular London Bus then.

This is not some new mobility scheme by the powers-to-be that run the UK’s capital, but in fact a novel new way to advertise the upcoming release of Ant Man and the Wasp, which opened in the nation’s cinemas on the 2nd of August.

Our more observant readers may well have noticed that the number of the bus—02/08—is in fact the opening date.