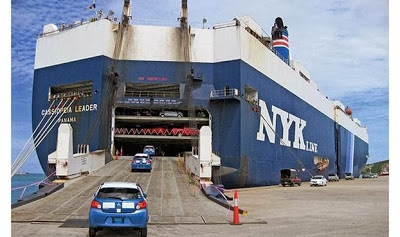 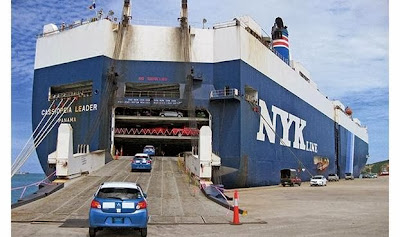 There have been mixed reports coming from the Kingdom of Thailand over the past few weeks, but one that should perhaps have caught our attention, if not imagination, was the report that the first shipment of some 1,074 Mitsubishi Mirage subcompact hatchbacks have set sail from Laem Chabang port en-route to the USA.

Car exports from Thailand have been on the up, but last month saw the highest monthly total in 25 years and were valued at USD1.5 billion, amounting to some 112,394 vehicles. Significantly, the export figure amounted to 58% of the vehicles produced in Thailand, according to reports carried by the daily English newspaper, The Nation.

Analysts are forecasting just 7,200 annual sales for the Mirage in the US of A, but Mitsubishi’s President, Osamu Masuko, is desperate to cut costs to boost sales there. Whilst he may be betting that the American consumers will like their first taste of Thai (cars, that is), the choice of model is curious. The Mirage is just a 1.2 litre, 3 pot subcompact that will come in colours like powder puff magenta and key lime green, so it is safe to say that they are not targeting the hairy chested market sector.

Domestic sales have been softening in the Kingdom of late, but this is seen to be associated more with the ending of a tax relief campaign for purchasers of new cars than with real lowered demand. Previously, the tax exemption campaign had pushed new car sales to 1.4 million units for the year.

Developing a successful automanufacturing business has been a part of successive Thai governments’ policies. In 1995, the country exported a mere 8,800 vehicles whilst last year just over 1 million were exported from the territory. There is no ‘indigenous’ manufacturer, like Malaysia’s Proton, but there are now 14 global manufacturers there who manufactured 2.45 million cars last year, making it the 9th largest in the world just behind Mexico.

Competitors will be watching the success of the Mirage in the USA as Thailand matures from a regional hub into a global auto-exporter. Amongst the established manufacturers in Thailand, Ford, GM and BMW are all known to be adding capacity to take advantage of the booming economy in ASEAN, an area that is being described as the next boom market after the BRICS. Ford is believed to be about to change its manufacturing of its Fiesta model to Thailand in 2016, which could mean more Thai-made imports for the USA in the future.

There are some serious risks for manufacturers in Thailand where much of the manufacturing is in flood prone districts, as was discovered back in 2010. Many of the factories are not exactly state of the art either, with a dearth of robots and an excess of manual labour. JD Power and Associates’ initial Quality Study, which measures problems reported in the first 9 months of ownership, indicate that there still is a problem, with 132 problems per 100 vehicles, for the Mirage.

General Motors With Its Gee-whiz Cars

More in featured
Why Did The Crow Die While Crossing The Road?
April 17, 2020