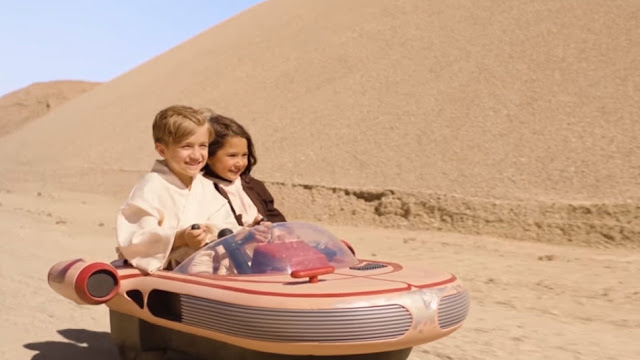 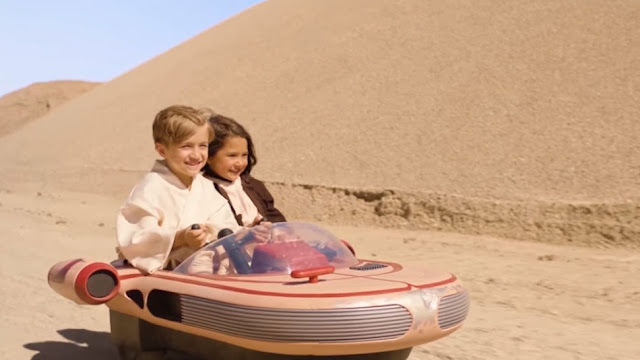 American maker of red wagons and tricycles for kids, Radio Flyer, has announced that it will be adding a driveable Landspeeder to its product line, and we say “it’s about time!”. After all, it’s been 40 years since audiences were introduced to this imaginary land transport concept.

Here’s the advertisement that the company has come up with; it’s cheesy but we love it nonetheless, because, cummon, don’t forget that it’s a kid’s toy:

The battery-powered kid’s ride has a capacity of 60 kilogrammes, which is about two kids or one adult in denial.

Sure, it doesn’t hover as we see it does on screen, but surprise surprise, neither did the prop machines built for filming. In actual fact, the Landspeeders were built around cars, which makes this toy more similar to the original than you would have thought. It was clever camera angles that made the Landspeeder appear like it was hovering:

The miniature Landspeeder moves at a hair-raising speed of 5mph (if you are a parent, you’d know that a kid moving at 5mph can result in danger, damage or disaster). It is already available for pre-order on Toys”R”Us in certain countries, but we’re sad to inform you none of them is Malaysia (Maybe soon! Let us pray…)

The attention to detail is impressive. 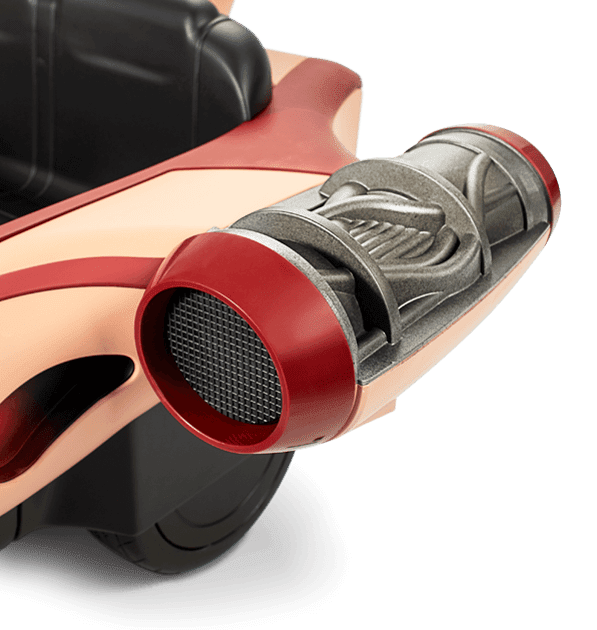 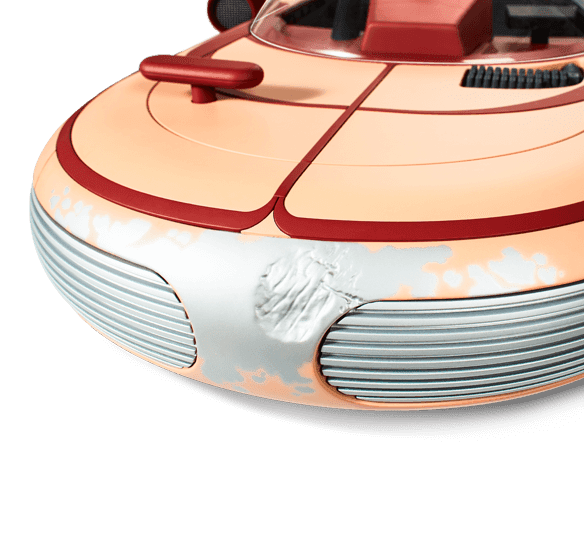 The US$500 price tag makes it a very expensive kid’s toy, but a very affordable adult’s hobby. We’re pretty sure that a significant number of prospective buyers don’t even have kids. Now, if we can only convince the boss to have one shipped from the USA so that we can ride it around the office…for review purposes, of course.

Will this Electric Car be Tesla's Undoing?

Will this E-Class work?

More in asia
So…What Do Porsche Drivers Know That You Should?
September 29, 2019