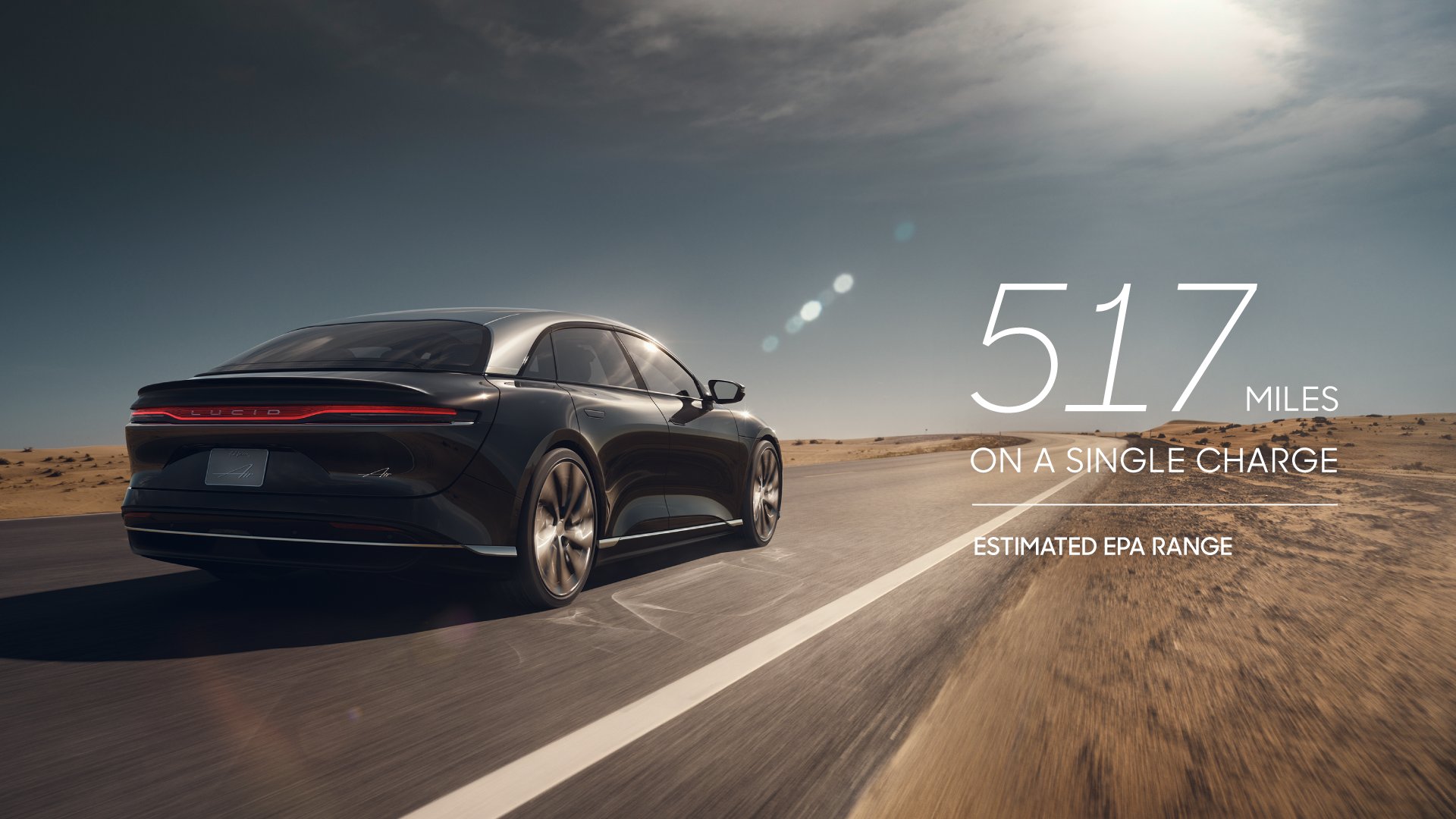 Start-up automaker, Lucid Motors, has announced that their upcoming electric sedan, Lucid Air, will be able to go farther than other EVs in the market, and by that we mean Tesla. If their claims are true, Lucid Motors, which was at one point was on the brink of closure before securing funding from Saudi’s sovereign wealth fund, would be a real turnaround success story.

Lucid announced on Tuesday that the Air can squeeze out 517 miles on a full charge. This would far outpace the present range king, the Tesla Model S, which has a, by comparison, mere 402-mile EPA range. Of course, Tesla will still hold the record until Lucid’s production version of the Air is released and officially tested.

But to be fair, Lucid didn’t pull those numbers out of their rear end. They had the Air tested by the independent testing centre, FEV (or Forschungsgesellschaft für Energietechnik und Verbrennungsmotoren for those who speak German). FEV used the EPA’s standard Multicycle Test Procedure and concluded that the Air was capable of the 517-mile range.

The resulting number comes after the initial test result of 738 miles had been corrected by a factor of 0.7, which takes into account the aerodynamics and HVAC system of the vehicle. Tesla vehicles were tested with a 0.75 factor because of their advanced design. So, when the EPA eventually tests the Air and if the 0.75 adjustment factor is also applied, it could end up with a potential EPA range figure of 553.5 miles. Impressive and impressive-r.

This French Town Is Going 100% Electric.

To prove that it is possible.

The Air uses battery supplied by the company’s technology arm, Atieva, which is also the official battery supplier for Formula E racing cars. Their experience in designing batteries for the racing has clearly helped in creating better production car batteries. With a smaller battery pack, Lucid has been able to design a lighter, more spacious car, and one which CEO Peter Rawlinson, who was once head of development for the Tesla Model S, boasts would be more luxurious than the Tesla sedan.

The Air will make its official debut on 9 September, with a pricetag starting from US$100,000.