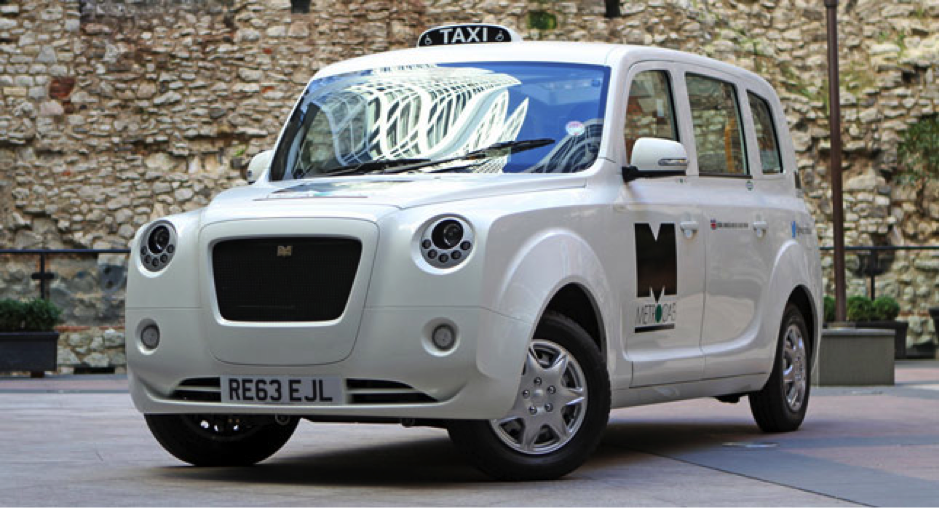 Another cab traverses the streets of London, and MAC takes a look at this hopeful new entrant.

Pictured above is what could become the taxi of choice for the London cabbie in the next few years after a range-extended Frazer-Nash Metrocab, a sort of hybrid people mover, began plying the streets of Central London this week in a limited trial. The new cab, which is said to be styled in a sympathetic manner to reflect the icon that it would like to replace, is said to be able to achieve over 75mpg with a 350 mile range and running costs that will save the average cabby 50 dollars a day.

The power comes from a 12.2 kilowatt-hour li-ion battery pack, which is small by industry standards, but this can power the vehicle to 80mph. The battery pack is mated to a 1000cc petrol-powered engine that acts as a generator as and when the batteries get depleted. To be a candidate to be a London cab, you have to satisfy certain criteria set out by the London Public Carriage Office. The Frazer-Nash cab is fully compliant with the somewhat idiosyncratic rules dictated by the London Public Carriage Office, such as having a turning circle of 7.63 metres – a standard derived from the size of the turning circle outside the Savoy Hotel in the city.
The famed London Black Cab was rescued at the start of last year by the Chinese manufacturer, Geely, who incidentally owns Volvo as well. Production has resumed in Coventry at the renamed London Taxi Company and it is safe to say that the TX4 is set to keep on selling for some time to come, both in London and in China.
Last year, the likes of Mercedes and Nissan tried to muscle in on the London cab business which may seem to be a bit surprising as there are only a few thousand sold every year (there are approximately 25 000 London cabs at any one time) but of course the manufacturers are looking at a much larger world taxi market and that could be big – very big, in fact.
image: carscoop.com, worldofbooks.com
Don't Miss It