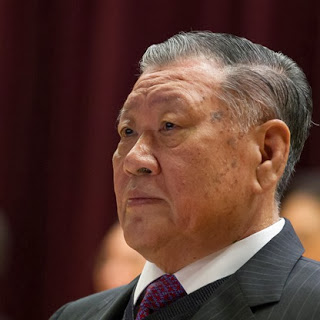 Chung Mong-Koo, with a net worth of USD5.4 billion, is listed by Forbes as the second richest man in Korea. He only holds a Bachelors Degree in Arts/Science, but also has ample tenacity and hard work. This man has prevented Hyundai Motor from disappearing from the auto industry’s history. Thomas A. Edison’s said, “Many failures of this world is from people who did not realise how close they were to success when they gave up.” Hyundai’s success is an obvious example of Edison’s quote.

It was recorded that 7.1 million Hyundais and Kia sold in the year of 2012, which makes Hyundai number 4 in global car sales ranking. Hyundai Motor has diversified vastly from the founder’s construction company. Chung Ju-Yung, Mong-Koo’s father, could not utter a word of English, yet his skill of leveraging enabled him to secure construction contracts from the US military for Hyundai Construction, which subsequently diversified into steel, cement and auto manufacturing.
The important milestone for Hyundai Motor was the joint venture with Ford in 1975. Hyundai’s car manufacturing arm performed badly due to its bad quality products, which was unacceptable in the US market. JD Power, the global market research firm, placed it at the bottom of the ranking. Hyundai’s poor quality vehicles earned the nickname ‘suicide boxes’.

Ju-Yung’s son rose to the occasion and became the “father of turn-around” for Hyundai. Mong-Koo started from the bottom of the sales and service department, taking over the baton of the company when Ju-Yung was 63 years old. With a solid fundamental concept, Mong-Koo returned back to the basics, was hands-on in the assembly line, and raised Hyundai’s quality and standard by using Toyota as a benchmark. Upon taking the helm of Hyundai, Mong-Koo implemented drastic changes which propelled Hyundai into world class quality. By the eighties, Hyundai had 102 problems per 100 cars and Toyota had 106 problems per 100 car, while the industry standard was 124 problems per 100 cars. Hyundai had made it!

Hyundai achieved economy of scale by increasing their international business. Within 9 years, Hyundai’s sales had more than doubled, hitting 4.4 million units sold in 2012. Improvements continued to take place in aggressive localisation of style and design. It was a tough job to re-enter the US market where the brand name of Hyundai was tarnished, brought to rock bottom by bad quality. With confidence in the improved quality, Mong-Koo proposed a bold offer of 10 years or 100 000 miles warranty; that bold promise helped gain the confidence of the American consumers.
One of Mong-Koo’s secret of success is to keep moving towards high standards and to keep away from competition. Their design-to-production benchmark was positioned as 40 months in 2002, and the standard kept increasing; in 2012, it was reduced to 28 months for design-to-production. Increasing quality, shortening design-to-production time and adopting economy of scale were excellent strategies, not only in reducing long term cost; it also increased the gap between Hyundai and competitors.
Hyundai’s tale is definitely a great example for all auto manufacturers to emulate.

Berjaya Gets HR OWEN After All