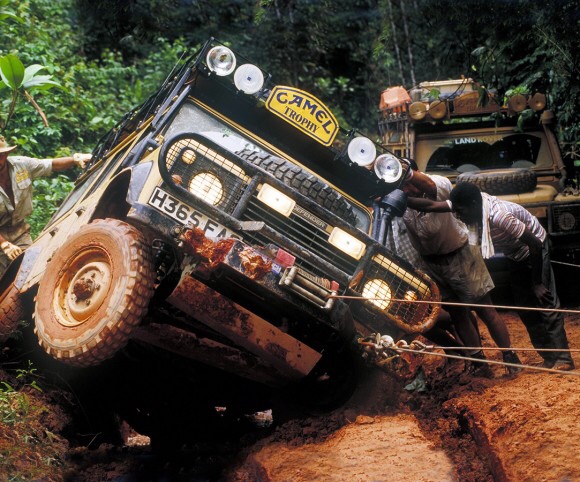 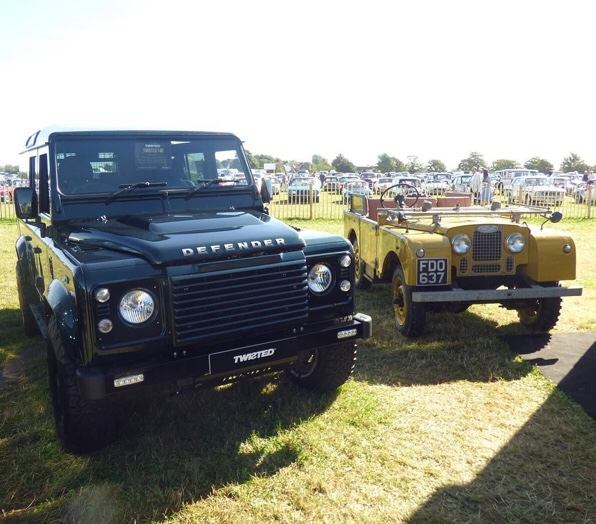 The Land Rover story began as a sketch on the sands of Red Wharf Bay in Anglesey, Wales in 1947. Brothers Maurice and Spencer Wilks (the Rover Car Company’s Technical Director and Managing Director) wanted a civilian go-anywhere vehicle and, thus, the Land Rover was born.

It was influenced by Jeep’s axles and came with a sturdy box section ladder-frame chassis in earlier models until recently.

There are thousands of Land Rover owners who swear they’ll never drive another vehicle. Many have made this vehicle their daily drive, from getting groceries at the local supermarket to adventuring on the toughest of terrains. So great is its influence that the vehicle has even made it into the Transformers cartoon, through the character ‘Brawn’.

Land Rover is a British icon and was accorded the Royal Warrant in 1951 by King George VI.

Queen Elizabeth II has been in love with the Land Rover ever since she learned to drive in 1945 as part of the Auxiliary Territorial Service, when she was trained as a mechanic and military truck driver. Land Rovers have ferried the Queen at countless ceremonial events and Her Majesty has been pictured driving them on many occasions.

Fun Fact: Royal Warrants have been issued since the 15th century to those who supply goods or services to a royal court or certain royal personages. It enables the supplier to advertise the fact that they supply to the royal family, so lending prestige to the brand and/or supplier.

Did you know? The first Land Rover had the steering wheel in the middle. It is said that the designer wanted to keep things simple and more tractor-like.

Land Rover dominated the famous Camel Trophy, which included treks across places like Siberia, the Amazon, Tierra del Fuego and the Australian Outback, with vehicles that were mostly stock vehicles. Beat that!

Over the years, Land Rover has been in the hands of BMW, Ford and since 2008, under the ownership of Tata Motors.

So, anytime, you drive a Land Rover, you can feel like royalty. And it will take you anywhere.