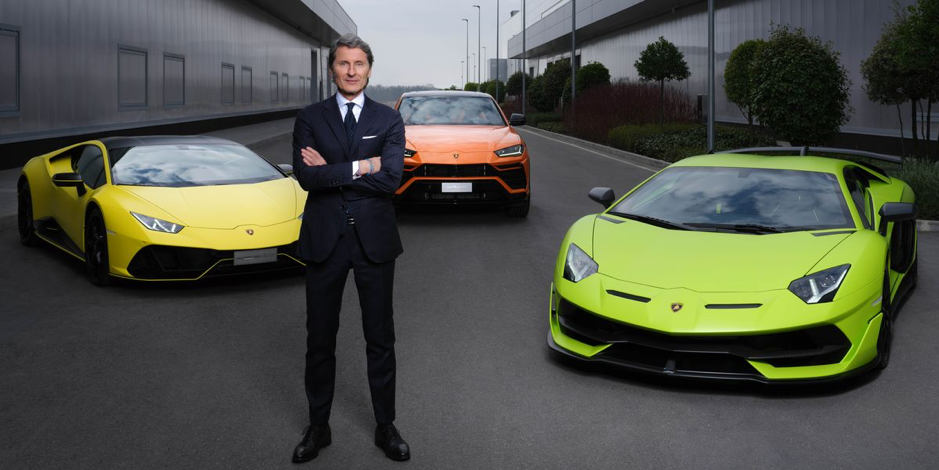 Stefan Winkelmann, CEO of both Lamborghini and Bugatti.

Lamborghini’s head honcho, Stefan Winkelmann, has announced that their entire range of cars will be plug-in hybrids by 2024, and a fourth model that will be batteries only.

This may sound a little like heresy but, hey, Porsche has already done it and, of course, Lambo is owned by the Volkswagen Group, which coincidentally also owns Porsche. The company is calling the transition the Direzione Cor Tauri plan, a star in the Taurus constellation, which will see the last fully petrol-powered, exclusively combustion engine beasty produced sometime in 2024.

Even with just three cars in the range, Winkelmann says this will be a big challenge for the company. Makes sense, really, as the engineers will now be cramming a second drivetrain and all of the batteries into what is already a very tight space. The aim, though, is to keep the DNA of the raging bull unchanged whilst reducing emission by 50% from 2025.

Adding an electric power train should not reduce the manic reputation that Lambos are notorious for – well, not in the short term anyhow. The new hybrid models will still mate an electric powertrain to the much loved and very noisy V12. The replacement for the Aventador is set to be a V12 so, as Stefan said in a recent press interview, “the sound will not be an issue as we will still have the engine there”.

Toyota Announces 15 Electric Vehicles by 2025, But Doesn’t Believe in 100% Electrification

The replacement for the Huracan will get a brand new twin-turbo V8 as the older V10 that is also found in the soon-to-die Audi R8 will be retired. We have to presume that after the Lamborghini engineers have had a chance to fiddle with its bits, it will end up sounding like a true Lambo. The Uras is also a part of the plan and this will most likely get the V8 that is used over in Zuffenhausen with the Cayenne Turbo Hybrid.

As we said earlier, there is going to be a fully EV fourth model in the line-up and the launch date for that is the second half of the decade, according to Winkelmann, who believes that the car will probably be a four-seater more like a GT tourer than a purebred sports car, so something like the Porsche Taycan then? Whatever it eventually looks like, it is evident that Lamborghini has fully embraced the EV future.

Is Malaysia Entering a Golden Age of Cycling?