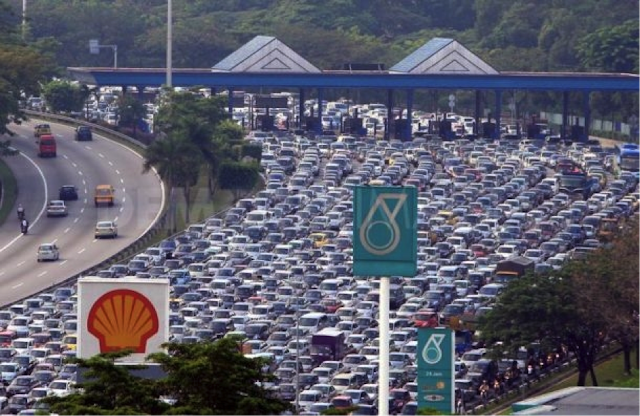 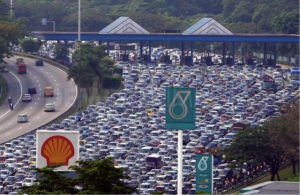 Will traffic jams be a thing of the past in Kuala Lumpur?

There is bad news today if you are one of the many thousands of Malaysians that use a private car to get to work in the city of Kuala Lumpur. The City Authority (Dewan Bangsar Kuala Lumpur or DBKL) has announced that they are to introduce a congestion charge or road pricing come 2017, for all private vehicles entering the Central Business District.

Of course the idea is not new. World-class cities like Singapore introduced a specific CBD toll back in the 1980’s and others like London and Frankfurt also have a road pricing scheme. The idea is to reduce congestion by encouraging commuters onto the city’s public transport system, thus saving money for the city by reducing cost of construction and maintenance of roads. Some cynics, however, would also say that it is a convenient excuse for the city to raise extra money with a stealth tax.

Kuala Lumpur’s mayor, Datuk Mohd Amin Nordin Abdul Aziz, spoke about his future plans at the opening of the 7th World Class Sustainable Cities Conference yesterday. When asked by attending members of the media as to when the new plan could take place, the DBKL mayor responded, “Maybe after the completion of the Mass Rapid Transit line.”

There are no details about how or when exactly the scheme will be introduced, nor how much the scheme will cost, but the Deputy Minister for Federal Territories added, “The government will impose plans to make it difficult for private vehicles to enter the city. This includes higher development costs for developers or building owners to build car parks, which will contribute to high parking charges.”

Up until recently, Malaysia’s main city, Kuala Lumpur, has been poorly served by public transport, and commuters have to a greater extent relied upon personal transportation to get to and from work. The city centre has a number of vacant lots that double as car parks for city drivers, some of which charge as little as USD1.50 for a day. Many of these will now be closed and the price charged for those that remain will increase dramatically as the city tries to break the KL commuter’s addiction to personal transportation.

If you live and work around Kuala Lumpur, you would have suffered the interminable delays to your drive to and from work due to the construction of the new Mass Rapid Transit (MRT) system, which has not always gone to plan. (See Godzilla causes Traffic Chaos in Kuala Lumpur). The city has also started to add higher capacity city buses in the shape of the Double Decker buses that now ply the streets. (See London Buses to be seen on Kuala Lumpur streets).

Big cities around the world rely on public transport and the cost of the ‘freedom’ of taking your personal car to work has created a trend for families to become ‘Car-Light’, as the cost involved in running and parking the vehicle has become too much of a financial burden. Reducing the number of cars in the city should make moving around the city that much easier, assuming that the public transport system works. Who knows, it may give us jam-free roads in Kuala Lumpur, the town that I now call home.

Written by MAC, our resident Automologist, who hails from the UK but has been, for better or for worse, a longtime denizen of Malaysia.

Hamilton ties with Senna with 41 wins