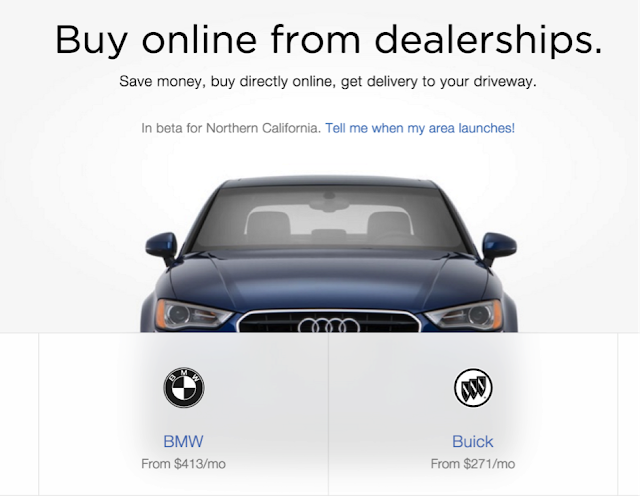 Automologist MAC’s computer needs a control software ASAP…not for his kids, but for him.

In a world where you can buy just about anything and everything online and have it delivered without any human contact, it is not surprising that there is a start-up company that is vying to be the first online portal with which you can simply search, click, buy and have your new car delivered, without the faintest hint of human interaction.

The current model of internet interaction for car buying almost always ends up with the potential buyer being kicked out of the internet at some stage and into their nearest dealer’s showroom to conclude the sale. Plenty of car companies have tried to make car buying on the internet easy, but they all have a ‘duty’ to the dealer network and therefore is using it as a means to drive people into the showrooms. It is not that they are Luddites, but they are working with what Aaron Krane – the founder of Hitpost – thinks is the wrong model.

The idea came to Aaron, a 33-year-old entrepreneur from Silicon Valley, when he tried to buy a car online and have it delivered Amazon-style, but found every session far too long and ended up with the need for a visit to the local dealer. His initial target was a Mercedes CLA (good choice, Aaron) but the dealer visit became a deal-breaker for him. So, he ended up with a BMW M4, which he still found to be inefficient but was able to bypass the dealer by having contracts mailed to him.

The experience taught him one thing. “No one could capture me as a consumer,” he said. “It is absurd to need human interaction. The prospect of having to go offline creates a sense of dread.”

He was left utterly confused. “It became shockingly clear that ecommerce had not reached new cars,” he continued. He then began seeking out what dealerships actually needed.

This is when he dreamed up the idea of Drive Motors. Working with a family-owned distributor that has 12 dealerships in California, Krane set up a pilot project which was so successful that another 50 dealerships joined him in the next six months.

The process is relatively simple. Consumers click on the car they like and a side panel drops down beside it, and they get to configure the car and select the finance option that suits them. Upgrades and trade-ins are also available, and they get to see the real out-of the-door price.

Krane jokes, “It’s everything you need to buy the car and get back to Netflixing or World Of Warcrafting…but maybe that’s just my life.”

At present, the dealer network is really getting how the system works and Krane boasts that he should have 500 dealers signed up very soon, covering the length and breadth of the US of A. In a way, I can see why; no longer will the dealer have to employ a smarmy salesman to coerce customers to part with their money. With Drive Motors, an order simply appears in the system – simple, really. In the US alone, there are over 15,000 new car dealerships and countless used car dealers, so you could say there is a big market out there for this system.

According to Krane, most people in the market for a new car want to shop at night – at a time when dealerships are closed – when they can calmly research their options from the comfort of their own homes. Kane is quoted as saying that his favourite story is “the customer who purchased a Prius at 3:20am on New Year’s Day, and picked it up from the lot at 9am.” Guess they got burned with Uber’s New Year surge pricing. In my household, though, we would have to put a lock on the computer to stop me coming home from the pub and buying a Ferrari or two.

Of course, if Drive Motors can replace the dealership as the point of contact in the new car purchase cycle, there’s a ton of route options open to Drive Motors. If it could integrate maintenance and car service, drivers would never ever have to come face-to-face with a mechanic – just key in the nature of the problem and credit card details, and have a third-party valet or tow provider come pick up the car to be serviced.

Aaron aims to make Drive Motors the “car ownership operating system” of the future. It’s a lucrative prospect, and one he sees as addressing a fundamental challenge for humanity: the evolution of transportation. In the modern world, software is eating everything, so why not car dealerships as well?