Jeep gets the Galaxy Note 7 Makeover 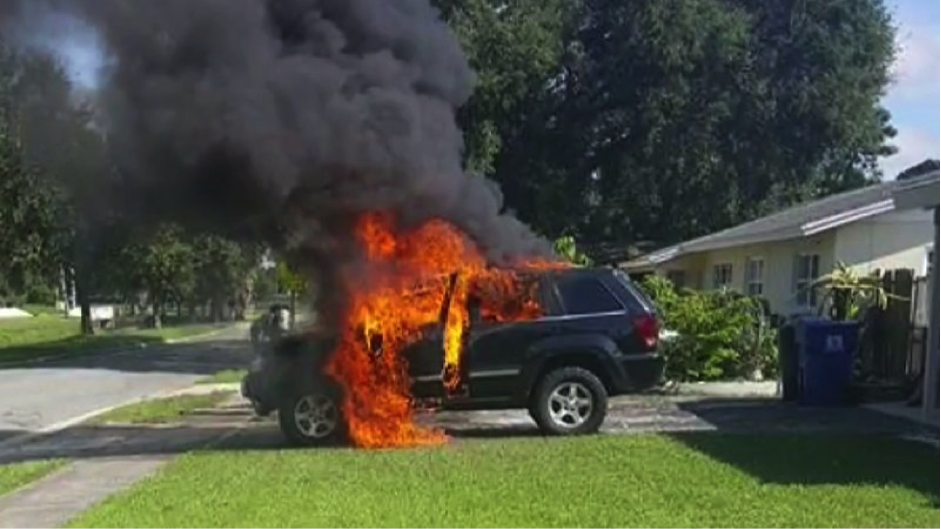 Automologist MAC reports on a surprise feature that comes with the Galaxy Note 7.

If like me you are somewhat sceptical about the relentless march of technology, then you will probably have little sympathy for a family from Florida, USA, who are looking to replace their Jeep Cherokee – oh, and a smartphone – after the Galaxy Note 7 they left charging in the car decided to spontaneously turn itself and the family’s SUV into a barbeque during the recent Labour Day holiday in the United States.

According to FOX News, Nathan and Lydia Dorchester were cruising local garage sales in St Petersburg, Florida, instead of being at home having a barbeque with friends, when they stopped to unload their purchases. Nathan had left his brand new, fresh-out-of-the-box Galaxy Note 7 charging in the car, only to find upon their return that the phone and car had decided to have their very own barbeque in the front yard, complete with thick black smoke that was billowing from the car’s interior.

The Galaxy Note 7 has garnered a rather nasty reputation for spontaneously combusting, since its launch just a few months ago in August, and is currently the subject of a global recall with at least 35 examples of what was supposed to be Samsung’s finest self-immolating at the least opportune time, all of which has led to a ban on the phone on some airlines.

In its defence, Samsung has acted swiftly to the news of its latest fire-lighter. In a statement to Fox News, the company did indicate that it was investigating the fire and would do everything to ensure the family are not out of pocket. In the same message, the phone-maker reiterated the need for Galaxy Note 7 owners to take advantage of the Product Exchange Programme, whereby owners of the original Galaxy 7 can exchange for a new one, all of which must be music to Apple’s ears.

But it got me to thinking that throughout the motoring world, there is a rush between traditional automakers and the new-age disruptive technology boys to team up and take us into a brave new world. It would appear that there is a hidden agenda that involves roadside barbeques as well.