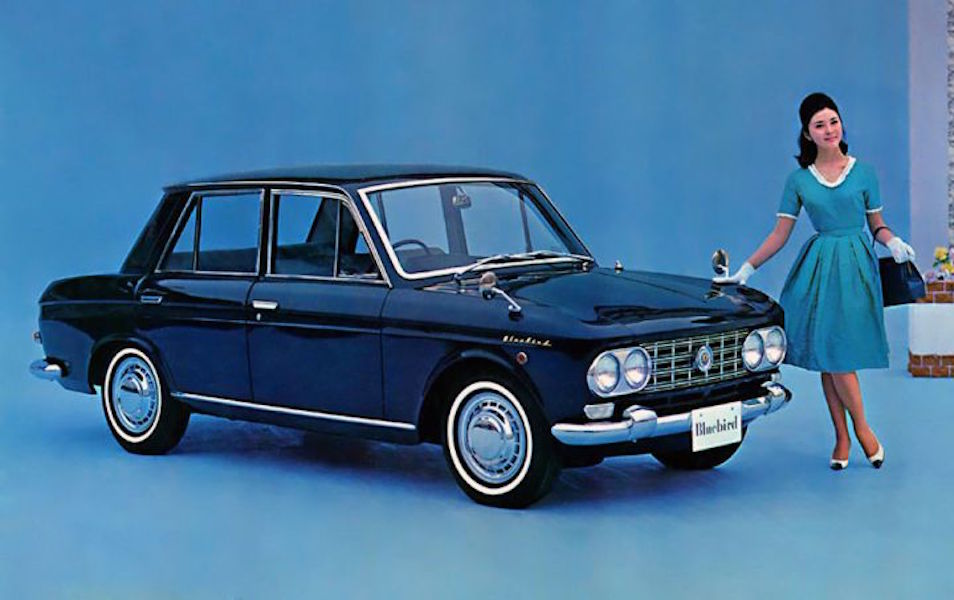 Automologist KEVIN compiles a list of cars in history that combined Italian styling with Japanese technology. 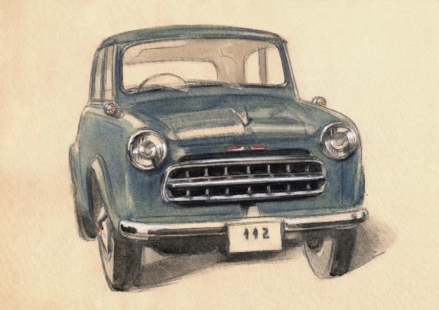 Japan, the leader in automotive designs today, was once a country struggling to come up with desirably designed vehicles. In the 1950s they concentrated all their investment in engineering and had no money left over for styling. So, what did they do? They called in the Italians. Italians have always been known to design some of the loveliest cars, but they were not so much known for reliability. So, the Japanese decided that they will let the Italians design while they concentrate on engineering. Here are the few famous Italian-designed cars with frugal Japanese hearts:

Designed in 1964 by Pininfarina, the Datsun 410 marked a quantum shift in car design for Nissan, in both design and construction. The Bluebird 410 series went into production in 1963 and although it had very obvious Italian styling, it also managed to have a decidedly oriental feel. With its flat roof, ample glass area with thin roof pillars, minimalist ornamentation, it looked significantly eye-catching in comparison to its competition. The Bluebird was available in two-door sedan, four-door sedan and station wagon body styles. The Bluebird 410 employed a 60hp, 1.2L OHV four as its base engine. It was later updated with a 67bhp, 1299cc in 1965. The downward sweep of the bodyside character line was a little too controversial for Nissan and this led directly to the in-house designed Datsun 510.

Designed by famous Italian car designer Giovanni Michelotti, the Prince Skyline Sport was rolled out in 1962 in Japan after it was presented at the Torino Motor Show in 1960. The manufacturing method was unheard of at that time in Japan as artisans were invited from Italy to handcraft the body. It was one of the most luxurious Japanese model at that time, with prices so high that only the rich could afford it. The car came fitted with a 4-cylinder inline OHV, 1900cc churning out 92bhp. Only 60 units were ever made, making this an extremely rare model.

One of Giorgetto Giugiaro’s final projects during his time at Bertone was the Mazda Luce sedan. The Luce was Mazda’s initial step into conventional automobiles at the time – a front-engine, rear-wheel-drive, 70hp, 1490cc car. The Luce 1500 was briefly Mazda’s range-topper. Many have pointed out its resemblance to BMW’s Bavaria at that time, with both its forward-pointing prow and the “Hofmeister kink” in the C-pillar. What many don’t know is that the kink was a Mazda design and it was introduced on the Luce first. 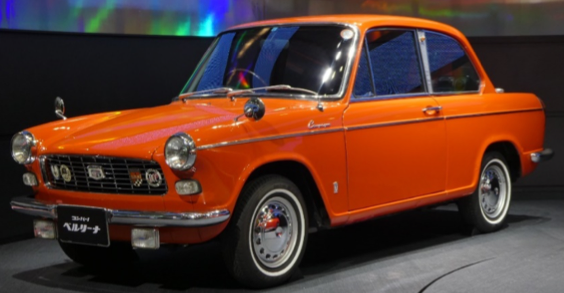 Designed ground up by Carrozzeria Alfredo Vignale, the Compagno was the first Japanese car to be marketed in the UK in 1946, thus opening the doors for Japanese imports like Honda, Toyota and Datsun. Fitted with a 797cc, 41bhp engine that has to be worked if you want to get it up to speed, the car quickly became very unpopular. In the UK, although it was far more well-equipped compared to the Austin Mini and the Hillman Imp, Daihatsu only managed to sell six of it in five years, as it was an unknown brand at that time and was more expensive.

Launched in 1966 at the Geneva Motor Show, the Isuzu 117 Coupe was the first project for Giugiaro when he joined design house, Ghia. The attractive luxury sports coupe featured a 1.6L 120bhp twin-cam engine and a four-speed gearbox as standard. The early cars were hand-built with leather interiors, wooden dashboards and a wooden Nardi-style steering wheel. A later 1800cc model was developed using Bosch fuel injection. With a facelift in the 70s, the production went on till 1981 with over 10,000 units being sold. Giugiaro produced a very attractive GT car. There are hints of Fiat Dino in the design, in particular with the twin headlights, long bonnet and sweeping rear profile. Its likeness is hardly surprising as Giugiaro was also responsible for the Fiat Dino Coupe as well.

The Honda City was a sub-Civic-sized front-driver, notable primarily for its “tall-boy” architecture: by sitting everyone more upright, and raising the roof, there was more usable room in a smaller space. In 1982, this was revolutionary. In truth, the original designer was in-house and Pininfarina simply engineered the removal of the City’s top, creating the first soft-top Honda since the end of the S800 in 1970. Today, the City Cabriolet models are the most sought-after among enthusiasts. The Cabrio’s only available engine was a 67hp, carbureted SOHC 1.2L four; it also received the Turbo’s chunky fender blisters and wider track in the later models. The standard flat hood, full-width grille and smooth front fascias of the base models remained. 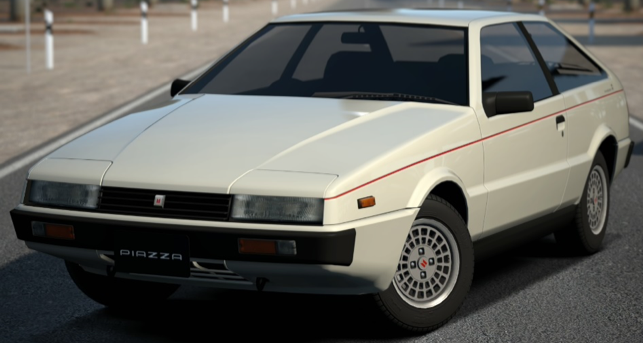 Designed as a replacement for the Isuzu 117 Coupe, Giugiaro who was running Italdesign at that time, was tasked to style this car. With humble sedan underpinnings of GM’s family car, the Isuzu Gemini, it was fitted with a 2.0 turbo engine and given Lotus tuned handling. Although it was over-engineered for its time, the Piazza never sold in huge numbers, making this model a very rare one these days.

Originally designed for Jaguar as the Kensington, the design concept was first shown to the world at the Geneva Motor Show in 1990. When Jaguar failed to produce the car, Giugiaro sold the design based on the Kensington to Toyota who modified it somewhat to become the basis for the Aristo for the Japanese market, which would also eventually be labeled the Lexus GS. It was fitted with an inline six-cylinder 3.0 24-valve DOHC engine with 220bhp for the normally aspirated and 280bhp for the turbocharged version. The car really shook the marketplace for the more popular BMW and Mercedes in the mid-90s with its offerings.

Fuji-Industries-owned Subaru was at the peak of their success in the late 80s. They got very ambitious and looked for that magic that could have been. With the help of Guigiaro, they came up with the very futuristic-looking SVX. The SVX first appeared in 1989 as a concept, but eventually was put into production. It was shoehorned with a 3.3 litre flat 6,231bhp heart. It did not sell in big numbers as Subaru failed to give it the one thing it needed most: a manual transmission. This lead to it being very unpopular and eventually production stopped in 1996.

Top Causes of Road Accidents In the Philippines