It’s Smog Season In China, Therefore It’s Time To Stop The Cows Farting And The Chinese From Eating Meat! 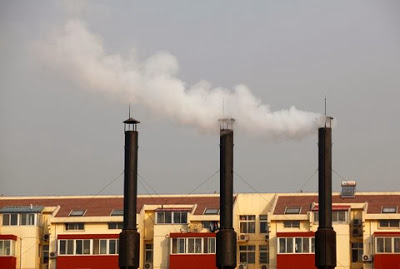 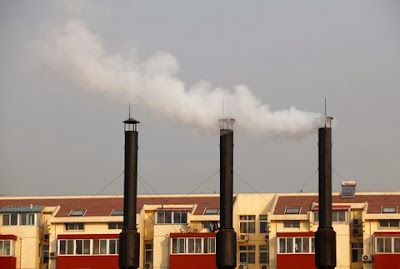 Columnist MAC has a seemingly odd proposition to counter air pollution. Hear him out…

Okay, okay, here I go again. This time with probably the longest and potentially most controversial headline this publication will ever carry and one that doesn’t seem to have any bearing on cars or the science of cars, but bear with me. The smog in China and the amount of meat that is now being consumed in that territory does have a direct relevance to our view of the humble automobile and, of course, global implications when we consider the pending battle we face with global warming.

Last month, an industrial city called Harbin in the northeast of China made international headlines for all the wrong reasons when the air pollution index became so bad that the local government had to close all schools and urged residents to stay inside. For the record, the visibility dropped to just 10 metres. The life threatening smog hit just 1 day after the city turned on its coal-fired public heating system. A coincidence? We think not, and neither did Xinhua, the state-run news agency, which claimed that the heating system was “a key factor for the smoggy weather”. Yes, it is smog season again in China and the first trickle of stories that threaten to become a torrent of misery for the region’s residents has already began.

Last Friday saw the start of the Beijing public heating system with the promise of bringing a not quite so balmy 18 degrees Celsius indoor temperature to the otherwise frigid capital. But it is feared that this event may also bring with it a precipitous drop in the capital’s already lamentably bad air quality. The public heating system is a carry-over from outdated Soviet style central planning whereby the government still provides heavily subsidised coal-fired central heating to homes in the north of the country, and has done so since Zhou En Lai declared in the 1950s that heating would be deemed a basic right. Since that time, homes and offices north of the Huai River and Qinling Mountains receive free heating from centralised heating plants.

The environmental catastrophe that this has led to has really only started to be appreciated in the past few years, with the ever present winter smog now more than just a blot on the landscape. In fact, an article in the July edition of the Proceedings of the National Academy of Sciences, an American journal, has linked coal burning to a lowered life expectancy of as much as 5 years for the average adult. There is a population of more than 500 million people north of the Huai River and, thus, China has lost an aggregate of more than 2.5 billion years of life due to the smog, according to the study. The same research team also discovered that pollution levels were markedly higher just north of the river, the heating demarcation zone, than in comparative areas just south of the river.

In response to last month’s choking smog in Beijing, which incidentally occurred prior to the great heating turn-on, the city government has announced that it will replace 4 of the coal-fired plants with cleaner natural gas burners by the end of 2015, which will save burning some 9.3 million tonnes of wheeze-inducing coal. The district’s furnace system is a notoriously inefficient system that has central boilers, heating water that is in turn piped to the surrounding area; whenever you transfer energy like this, it will not be efficient and prone to system leakage.

In a perhaps futile attempt to reduce the smog, the city authorities has already closed some of the city’s ring roads and has restricted new car registration to just 150,000 units per year, seemingly blaming the poor, defenceless automobile for the pending misery that is sure to come again. But perhaps, just perhaps, the blame may be going to the wrong place and whilst it may appear that the municipal heating plants are jointly culpable, perhaps the authorities should start to take a look at the conspicuous consumption that is now visible in all walks of Chinese life.

Economists and government planners around the world have for some decades been heralding the ascension of China to the number 1 spot for the consumption of meat. The emerging nation now consumes more meat than the US of Americaland, twice as much in fact. With a population of more than 3 times the size of the USA, perhaps this is not surprising, but it is the speed at which that consumption has grown that is perhaps most astounding. In the early 1970s, just after the Great Leap Forward, the nation’s meat consumption was some 8 million tonnes per year compared to about 24 million tonnes in the USA.

Fast forward to today and that picture has changed with China now consuming over 71 million tonnes to the USA’s approximate 31 million. To put the growth into perspective, if you lived in China in the late 1950s, you would consume an average of about 5.2kg of meat a year, but just 50 years later, that figure has risen to over 52kg per year. Although the average American still consumes significantly more meat on an individual basis, the Chinese consumer is obviously hungry for more, much more. The fact is, American meat consumption is dropping year on year whilst Chinese consumption is growing by as much as 3% per year. (Refer to: Meat Consumption in China Now Double That in the United States)

And here is where we get back to the smog in Beijing. The animals we eat produce massive amounts of greenhouse gases, particularly with their flatulence. In fact, cows and sheep farts are seen (or is that smelt?) to contribute to more than 6% of all the greenhouse gases in the UK and for an agricultural country like New Zealand, some 32% of the nation’s total. The UN News Centre claims that the rearing of cattle produces more greenhouse gases than all of the cars. 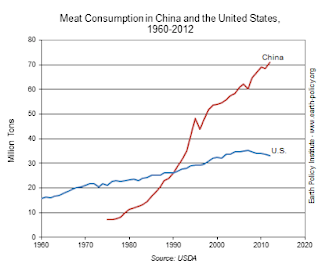 The meat of choice in China is still pork with some 75% of the world’s pig population living there. Yup, a total of 476 million of them at any 1 time, and that is a lot of bacon. Historically, the pig has been so ubiquitous in the land that the ideogram for ‘home’ in China is a roof with a pig under it. Traditionally, the rural Chinese house would have a pig as a sort of edible garbage disposal system being fed crop waste and table scraps. However, the insatiable appetite for pork has led to the industrialisation of the pig rearing business and the country has now moved a long way from its rural and sustainable ideal. The pork industry is now as guilty as beef production in, say USA or Brazil, for the production of greenhouse gases.

So the next time you are at your favourite steak restaurant, consider the fact that the drive to the restaurant may not have contributed as much to global warming as the meat you are about to eat. And if you really care about the world, buy some hemp trousers, cycle to work, become a vegetarian and don’t FART!

The Hydrogen Car Is Here!

More in featured
Aston Martin Drops Out of the Electric Car Race; Enters Formula 1 Instead
February 1, 2020