It’s Official. The World Is MAD! 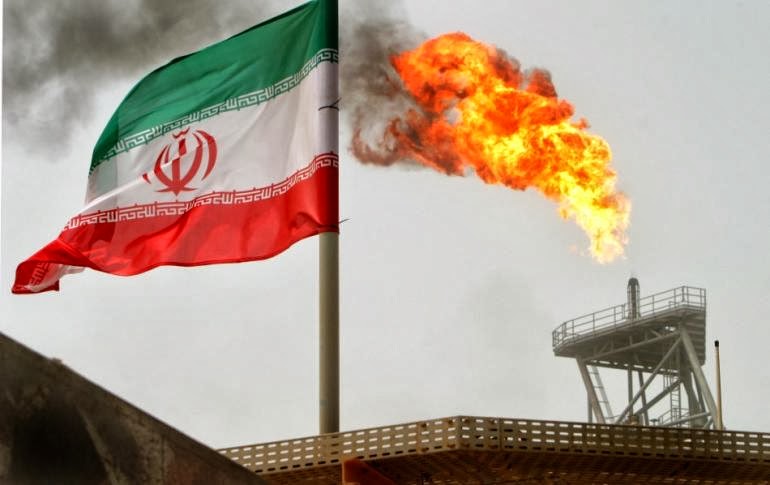 Okay, it is official. The world is mad and here is the evidence.

Iran is burning natural gas because it cannot export it. That’s right. During a period when world hydrocarbon prices are higher than ever, Iran has to ‘flare off’ excess gas worth billions of dollars annually that is produced as a by-product of its oil production. Sounds like the world has gone mad, right? Well, it is not quite as simple as that. Generally, nothing ever is. So, why would the world allow such flagrant wastage of such a precious and potentially polluting resource? Good question.

Iran sits on one of the world’s massive hydrocarbon reserves where, thanks largely to the Brits, oil and gas were first discovered in 1908. Since that time, 145 hydrocarbon fields and 297 oil and gas reservoirs have been discovered, with most fields having multiple pay zones. According to the Iran Petroleum Ministry, the proved reserves in the nation amount to 15.8% of the world’s reserves. But most importantly, the breakdown is 33% associated gas and 67% non-associated gas (where there is no oil present). Of the 145 discovered fields, 67 are known to be inactive at present, although there are 23 fields that are in shared territory with the likes of Kuwait, Iraq, UAE and Bahrain.

However, due to a festering dispute chiefly with the good ol’ US of America that seemed to begin during the last days of the Old Shah of Iran has now morphed into a dispute about nuclear energy, or was it bombs? However, this could all be changing. For a start, Iran was in talks with the likes of the US, UK, Russia, France and Germany in Geneva last week, with the hopes that sanctions that are currently stopping Iran from exporting oil and gas in significant volumes can be eased significantly. Hopes were, however, dashed when no agreement came out of it but another meeting is set for 20 November.

On 3 November, the former Iranian Central Banker, Mohammad Hossein Adeli, was elected to lead the Gas Exporting Countries Forum (GECF) for a 2 year term. Perhaps this is a sign that there is a significant thaw in attitudes toward Iran. The GECF is sort of a non-militant OPEC, but for gas exporting countries and is designed to increase the level of coordination and strengthen the collaboration among member countries.

Members of the Forum include Algeria, Bolivia, Egypt, Equatorial Guinea, Iran, Libya, Nigeria, Oman, Qatar, Russia, Trinidad and Tobago, the United Arab Emirates, and Venezuela with the likes of Kazakhstan, Iraq, the Netherlands and Norway as observer members. Press reports in Iran would indicate that Tehran is hoping that the sanctions will be lifted soon and they can go back to full export, and become perhaps the number 1 gas exporter in the world.

The GECF has a strong position in the world gas market and among international energy organisations. Its potential rests on the enormous natural gas reserves of its member countries, all together accumulating 62% of the world’s proven natural gas reserves. Of course, the current world’s number 1 gas producer (and we are talking about the hydrocarbon type here) is the US of A, quite significantly not a current member of the GECF, probably as they are not currently gas exporters yet.

In other news related to gas and Iran, which was almost swept under the carpet in the current Tehran Spring, was the report that Turkey has admitted to being caught red handed exchanging gold for Iranian gas, and it was this that accounted for the surge in its gold exports last year. This news shed light on how Ankara had led the breaching of US-led sanctions and was evidence of how creative the Tehran regime had become. Iran supplies 18% of Turkey’s gas and 51% of its oil, but since the US and EU-led sanctions on Iran, was banned from paying for those shipments in US dollars and, thus, had to pay in Turkish Lira, a currency with little value outside of Turkey. Therefore, Iran was forced to use the Lira to buy Turkish gold. Which just goes to show, where there is a will, there is a way.