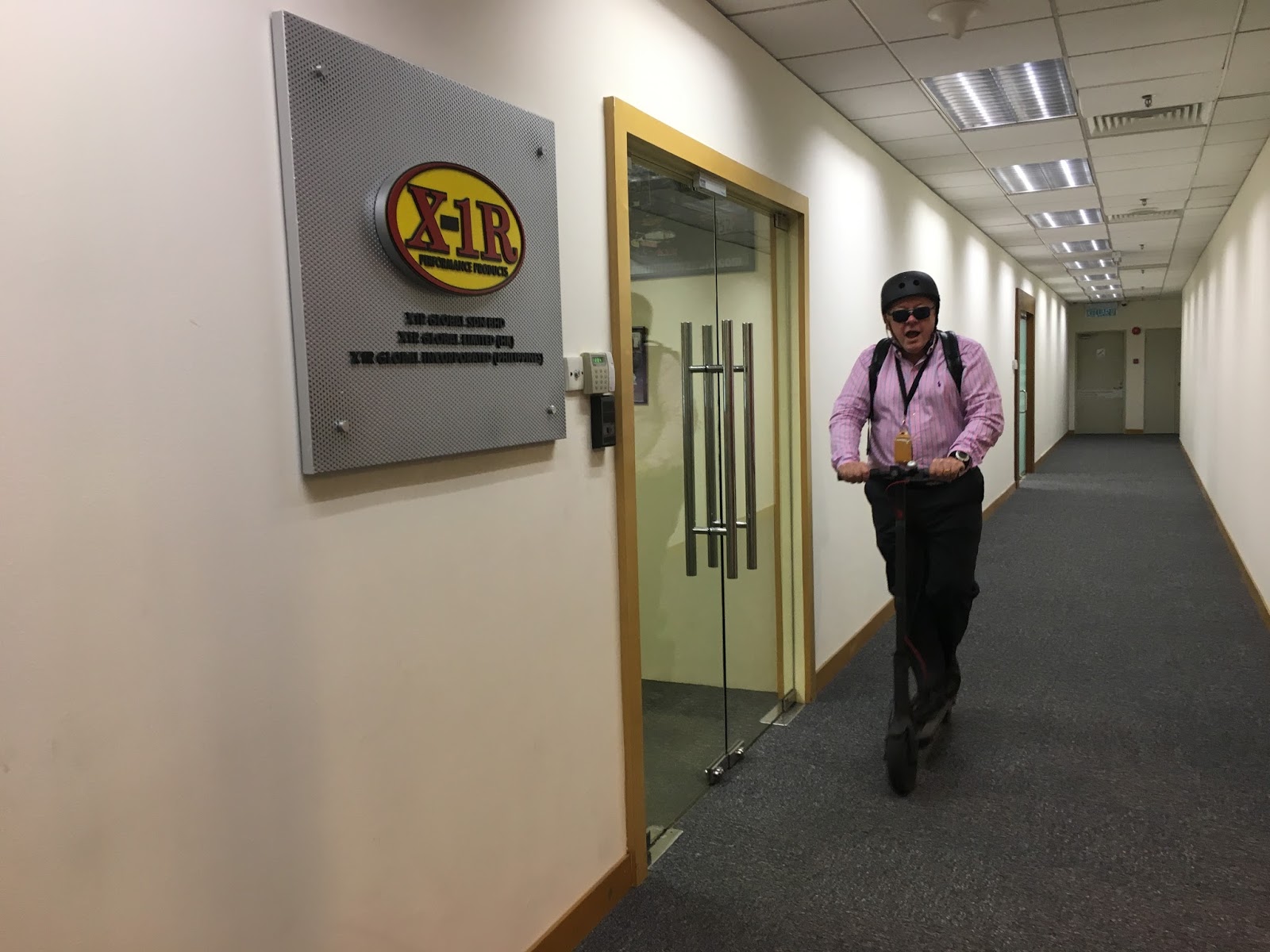 Automologist MAC tries a greener mode of transportation to get to work…can you guess how he liked it?

Even as a young kid, my parents encouraged me to take care of the environment. Placing rubbish into the correct recycle bin was an absolute must and walking up to the shops to get that loaf of bread or pint of milk (or pack of ciggies) that I had forgotten was the right thing to do—taking the car was most certainly not.

So, for a little while, I have been somewhat conflicted by the fact that from my office, I can actually see my house. And yet I was still driving my gas-guzzling car the six short minutes that it takes me to get to work. What sort of example am I setting for my sons who will be inheriting a polluted world, devoid of natural resources and all, because I wouldn’t find a greener alternative for my daily commute?!

Now, I am a keen cyclist, but even the short cycle to work would leave me soaked in sweat, and once my shirt had dried out, I would look somewhat dishevelled. So, for a while I have been hankering after one of those electrified bikes at an affordable price, so that I could reduce my carbon footprint… and perhaps reduce my girth at the same time. But to date, those bikes are still in the US$1250 (plus) range and, frankly, I couldn’t justify this, particularly as most of the reports I have read on the actual versus claimed range had me wondering about what else they were lying about.

So, last week I spied on 11Street a top-of-the-range scooter for a mere 380 buckeroos! Oh joy, and with a hop, skip and jump across my keyboard, I bought one before that little angel on my right shoulder could intervene. It arrived in just a couple of days, in time for the weekend, and I went up about twenty notches on the cool dad scale as I unpacked it at home, and me and the rugrats learnt how to navigate the condo without running into things.

So now I am a cool dad AND I am going to go green all the way to the office. But it didn’t go quite as planned. To start with, you are not really supposed to ride this type of device on the public road, but hey, no problem, there’s a pavement. Now, I don’t know how many of you out there have ever tried to walk around KL on the pavement, but here’s the thing: it became obvious to me this morning that the KL town planners do not think of pedestrians when they are planning the roads.

End of the path and onto the road for me!

Trying to traverse the pavements on an electric scooter with small wheels was more suicidal than you can imagine–that is, when there was a path to follow-and hence I was forced to use the road for most of my journey. Now, if you have ever tried to use a busy KL road on a bike or electric scooter, my advice to you is DON’T! The motorists just seem incapable of giving way or any other consideration to any other road user, big or small.

Who needs a path?

Worse still, you would have often heard a biker tell you that being on a bike is about that certain feeling of freedom. I have never ever understood it until today, but now I know the freedom of which a biker will tell you is obviously the freedom to fill your lungs full of toxic exhaust fumes as a smoke-spewing truck or bus labours past.

Eventually, though, I did get to the north side of the road, where my office is on the south side, and I obediently made my way to where there was a traffic-light-assisted crossing—only there wasn’t. It turns out that to ease traffic flow during rush hour, the crossing is turned off regardless of the fact that there is a school just across the road, and I found myself playing Russian Roulette (or was that Rushing Roulette?) to cross the road.

Who needs a crossing?

It was a grand experiment, but tomorrow I am taking the car. And as for the scooter…well, at least my boys think I am cool.

It's Not Easy Being Green (in Kuala Lumpur)

Ferrari replacing the California T with THIS